With some students already in flight to Germany and the rest about to leave, I spent today finishing up.

In the morning, that meant one last visit to the Staatsbibliothek zu Berlin to check out a last newspaper.

I then headed out to Oberschöneweide in the hope of finding these Holocaust memorials created by the local technical school, but instead, all I found were the remnants of Emil Rathenau's electric factory.

After two hours of walking, I headed off to KaDeWe for a lunch in their overpriced but still gorgeous top floor cafeteria.  As always, the food halls bring back memories of Harrods in London.

Here are some of the main course options. 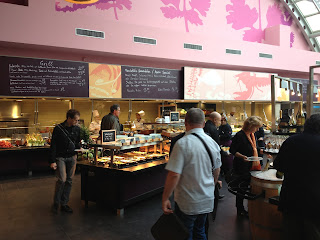 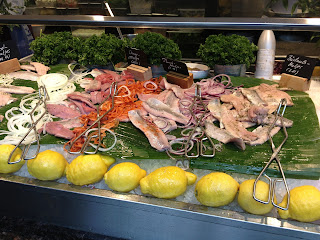 Of course, it's the dessert selections that always grab my attention, like these: 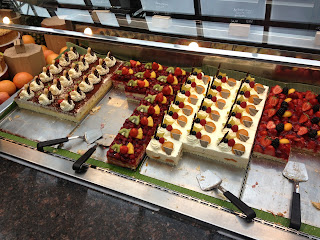 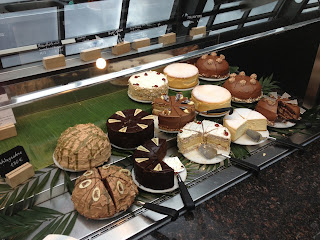 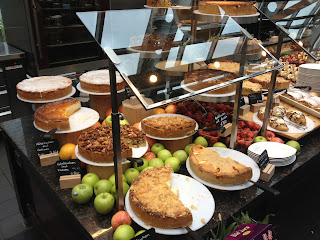 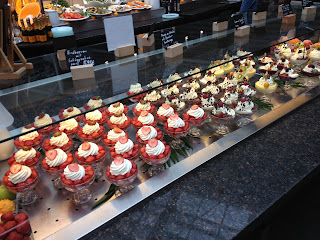 For myself, I chose to go with the sauteed Zanderfilet (pike-perch), along with some veggies and a dessert I can never make at home. 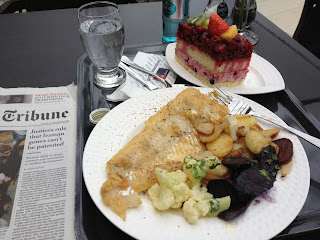 Afterwards, I headed downstairs to my favorite chocolate shop in the world: Neuhaus, and bought some treats for later. 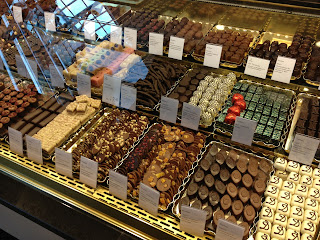 Since it's only one stop to Nollendorfplatz, I headed to check out the new Schwules Museum.  For years, they had rented a small space in Kreutzberg, but they finally have their own place. It turns out that I walked right past it yesterday, and today I see why:  it's still under construction (though open).

For example, I stopped by the archives to see what they had on Bruno Balz.  Here's the entryway: 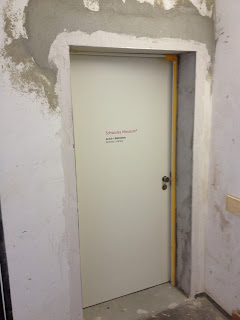 They only had a few press clippings (which I asked to have copied) and a book with a small entry.  It did have this nice photo from 1926 of the album cover of Balz's hit song "Bubi, lass uns Freunde sein" ("Bubi, Let's be Friends"). 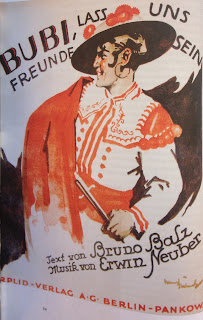 After that it was back to the pension to do one last load of laundry while I still can and start sorting through my receipts to see which I should keep and which I should toss.  I had a bit of a scare when I misplaced my metro passes for my students, but I finally found them tucked away in my German-English dictionary (after I had unpacked my suitcase twice looking for them).

The first student arrives at 7:55 am tomorrow, so I have to be up early to meet her at Tegel Airport.