For a while, I was tempted to call this post "God Damn Obama," but things finally worked out.

I try to not to cram too many text-intensive events, one after another.  This morning, we visited the Wannsee Conference House, but then I gave them several hours off before we met again to tour the information center under the Memorial to the Murdered Jews of Europe. 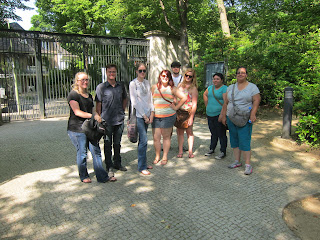 While the grounds of the villa are lovely, the museum is very text intense, with lots of charts, documents, and information. 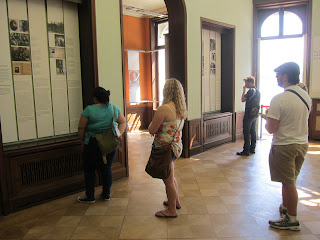 I wasn't permitted to lecture, but I spoke individually with students, talking about specific exhibits.  As far as I could tell, all the students read the copy of the protocol, on display in the former dining room where the conference was held: 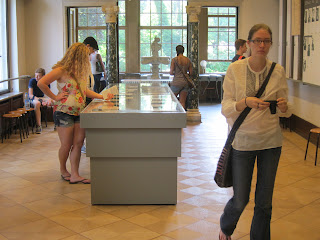 Afterwards, we walked around outside and enjoyed the views of the villa and the lake. 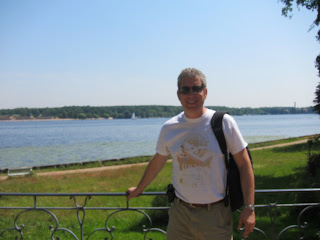 These stone lions show up in Lanzmann's Shoah: 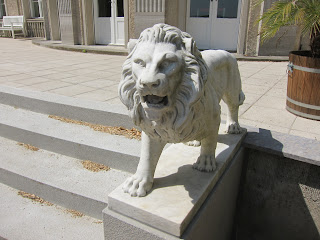 Afterwards we returned to Wannsee, where yet again, I had a crappy lunch. This time it wasn't an inedible Turkish "pizza," but some very dry, oddly spiced meat balls. 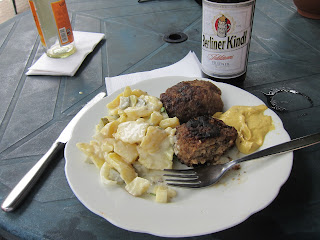 The students were free to do what they liked on the break.  I told them to meet up at the fake Berlin Wall on Potsdamer Platz at 5 pm.  One headed off to Dietrich Bonhoeffer's house, where it sounds as if she had a fabulous and productive time.  Another headed up to check out the art museums near the Charlottenburg Palace, but got lost and never found them.  The rest went to the Pergamon Museum.  Originally, I was just going to help them get there, but when I found that as their professor, I could get them all in for free, I couldn't pass that up.

The students seemed suitably impressed with the size and grandeur of the exhibits. 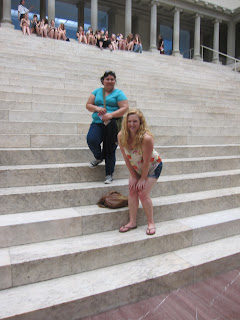 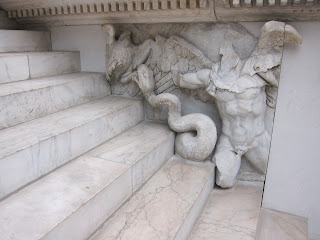 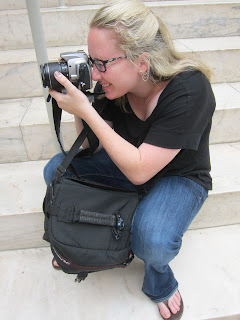 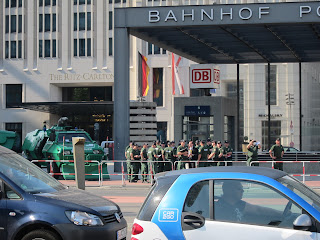 President Obama is staying at the Ritz Carlton, and so they've closed off the entire street in front of it, including the place we were supposed to meet.  Even worse by closing the road, they forced us to take a six block detour, in high heat, to get to the memorial.  The memorial will be closed tomorrow, but thankfully was still open today.

The students were quite moved by the somberness of the information center. 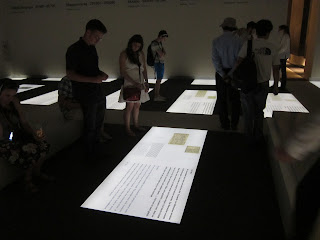 Afterwards, most of us went out to dinner at a small restaurant/cafe near the hostel.  The walls were decorated in stenciled zebras with arrows coming at them.  I asked the bar tender what they meant, but it turned out they borrowed the idea from a bar in Manhattan.

Two of the students and I decided to try the beers with syrup.  I had this one with "Waldmeister" syrup. 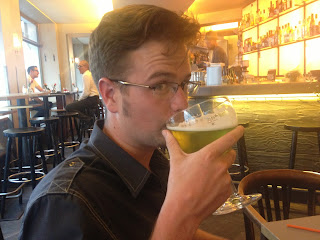 It was very sweet, green, and more like a soda than anything herbal. 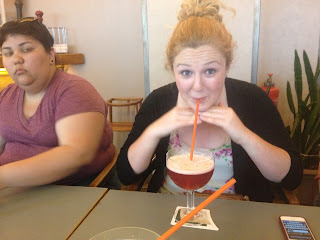 This one had raspberry syrup, which looked even worse.

Tomorrow morning, we leave for Prague on what is supposed to be one of the hottest days of the year.  I hope the train is well air conditioned.