On our second day at sea, we had the option of going for a very early morning excursion to Kicker Rock. This is formation composed of volcanic ash that solidified. The zodiaks left at 7 am. Considering how little sleep we had had for the two prior nights, this was a little risky for us, but it was worth getting up early for.

Here, we have just left the ship, and you can see Dwight on the left and most of Simon on the right (I wish I blocked the shot better): 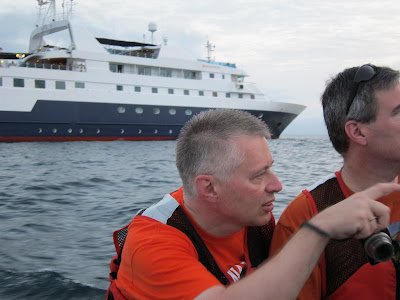 And here is our destination: 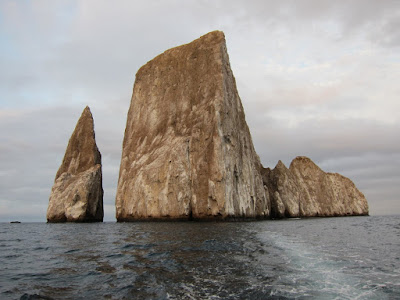 We got right up close to the rock, in order to observe the formation: 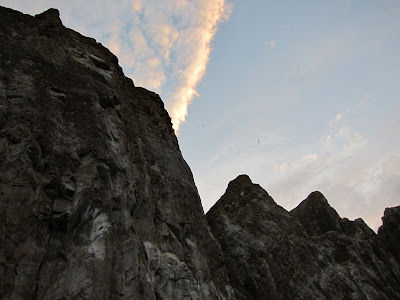 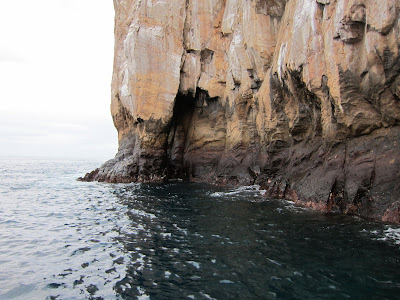 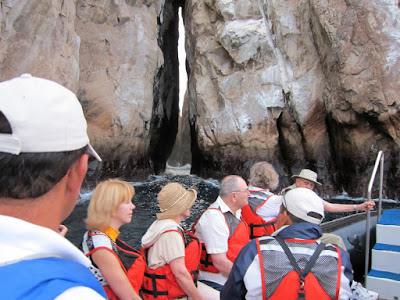 (The guy in the hat at the far end of the boat was Harvey, who later gave a lecture on Judy Garland, and another on American composers from his new book. The woman with the yellow collar was from Antwerp. The man with the skyblue vest was the driver).

The naturalist asked us if we would like to go through the crevasse in the photo above, but instead we went through this one: 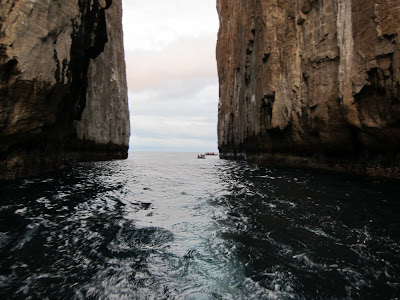 The zodaics in the distance should give you a sense of the its size. 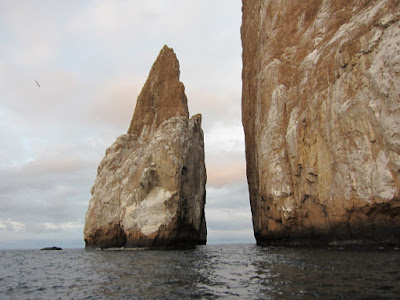 Flying over us above the rock were scores of frigate birds: 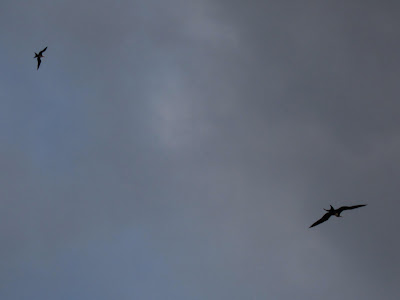 When we saw this, though, the naturalist got very excited: 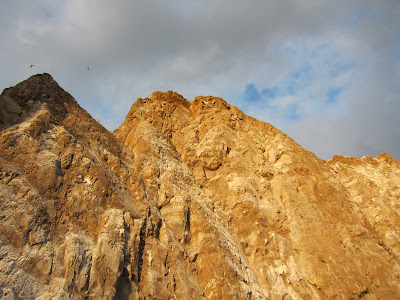 Since it's hard to make out, I've enlarged one portion of the above photograph: 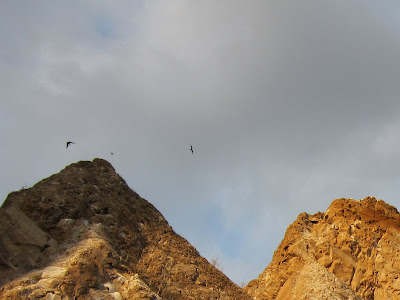 The small dot between the two frigate birds was a peregrin falcon, a bird rarely seen in the Galapagos, but which had flown here and was fighting with the frigates for food.

This should give you a good idea of how close we got to the birds and animals. We got right up next to this pelican. In the second shot, he has just dived into the water and has a fish in this mouth. I've not enlarged either shot or modified them in any way: 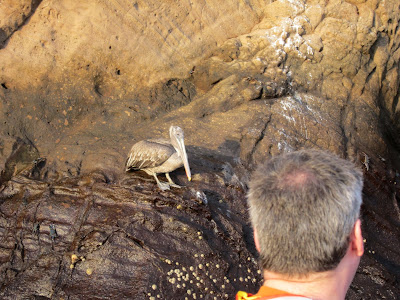 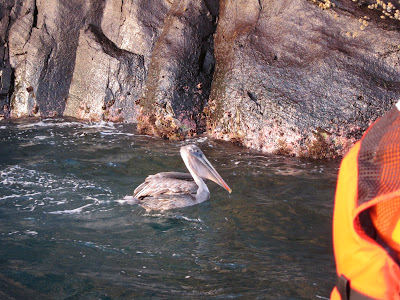 This should give you an idea of just how many frigate birds were flying over head: 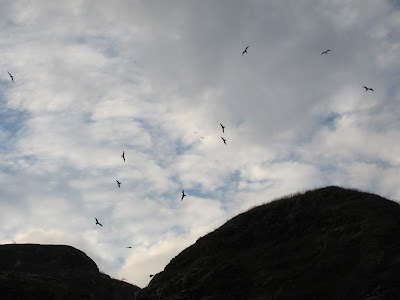 This final shot, on our way back to the boat, should explain why it's called Kicker Rock: 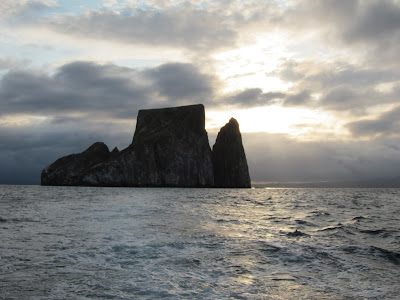