Celebrity put on its own version of the Navy's shellbacking ceremony (http://en.wikipedia.org/wiki/Line-crossing_ceremony).

We all gathered in the Discovery Lounge and waited for the festivities to start.

Here's one of the two British couples on board: 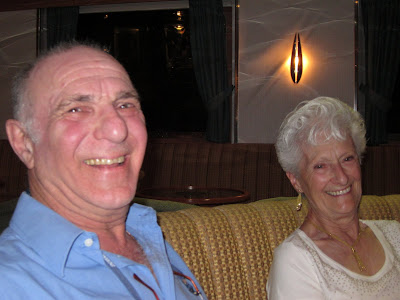 When the appointed time came, the naturalists rushed in dressed as pirates (the man in the back on the microphone is Jorge, the cruise director): 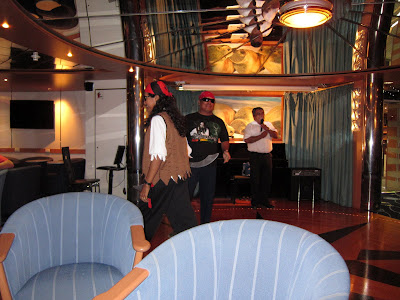 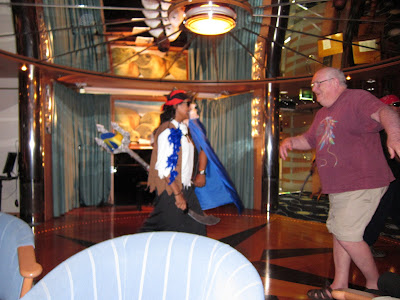 And ushering in "King Neptune" (also played by a naturalist). The people seated in the adjoining booth (from left to right) were Saul, his wife Joy (who gave us advice about hiring a guide in Quito), and one part of the couple from Antwerp: 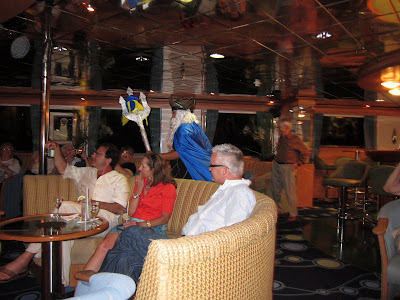 After selecting a "queen" for King Neptune, the pirates than grabbed members of the audience, mostly the Canadians (like the queen) to be her servants, but also Joy (on the far left) and dad (on the far right). They were forced to kneel before King Neptune and Queen "Barbara": 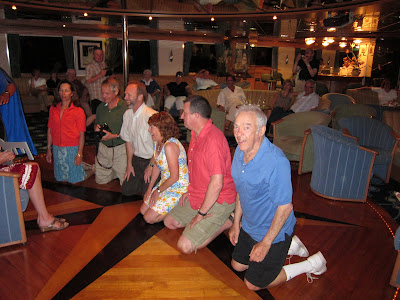 Afterwards they all posed for a group photo shot: 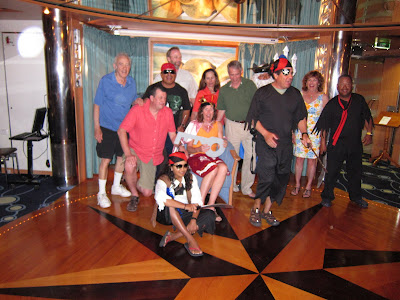