This was one of the other excursions that dad did not particularly enjoy. Isabela is the largest of all the islands in the Galapagos, and this portion of the island was originally underwater, but was raised up by volcanic action about 50 years ago. We hoped to see some giant tortoises, but they are still in the highlands, as the rainy season had just begun and there was still little for them to eat in the coastal regions (it takes them a month to make the journey).

We had a wet landing, so dad jumped out barefoot and then put on his socks and shoes (rather slowly). 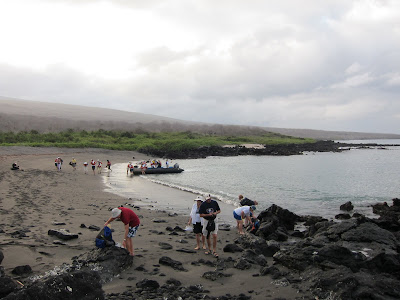 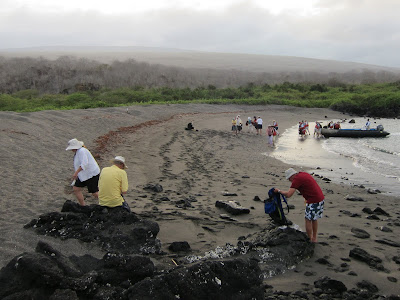 The path was littered with the bones of feral goats. Goats had been introduced to the islands by early settlers and sailors and threatened to destroy many of the native species. They are being eliminated in all the islands by shooting them.

Here William, our naturalist for the morning, sports a goat skull: 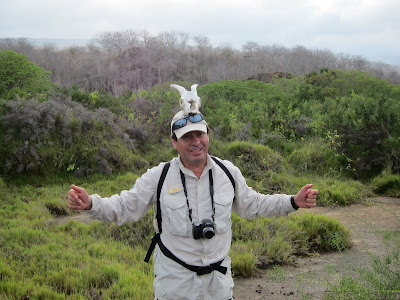 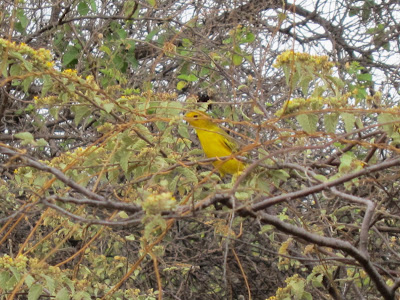 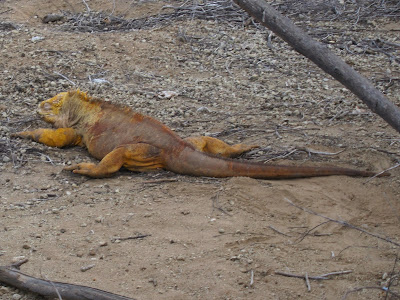 and some flowering plants (very few grow on the island due to the absence of most pollinators: 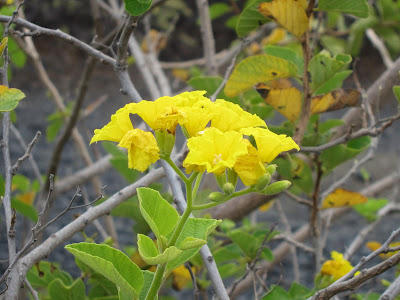 But no giant tortoises.

Dad also might have been annoyed at the lengthy debate that took place between Jerusha and John (two professors who had been teaching in China) and our guide about the difference between "endemic" and "native;" I know that it annoyed me.

I think I enjoyed the excursion more because I went snorkling afterwards, though I could see more underwater when the sun came out.
Posted by J.B. at 6:54 AM