Photos from yesterday.  I've got some more, and I will add them and fix the formatting later.


We've had awful weather for the last 24 hours.

I warned the students it was going to be a hot day and it was. The train was slightly cooled (though other wagons turned out to be far worse).  Luckily, we all got our seats without difficulty. 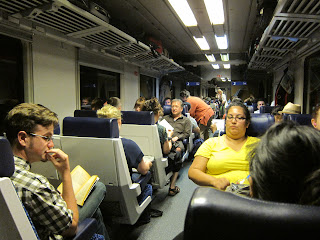 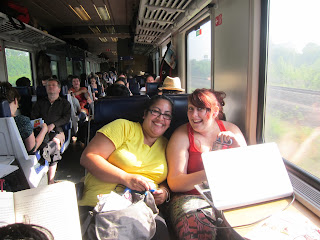 After we passed Dresden, we did have some very nice views from the train of the "Saxon Switzerland." 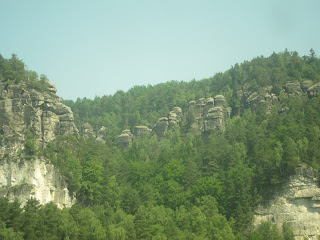 When I walked back to the dining car to get lunch, I found some elementary school groups camped out in the corridor.  Some thirty children sitting in the narrow walkway as the school didn't buy them seat assignment.  I just kept saying "pardon" as I tried not to walk on their 6 year-old legs. 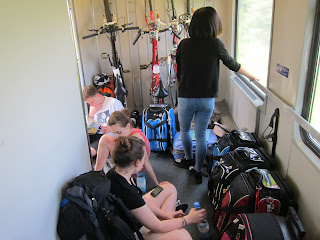 In Prague, we had no problem finding the hotel, though the humidity was awful.  Dripping with sweat, I checked us in.  Turns out we didn't need to rush to our 3pm meeting with the head of the Jewish federation here in Prague as he had to go to parliament to deal with the government crisis (the government collapsed over the weekend).  I took the students for ice cream, though the ice cream floats turned out to be one scoop of vanilla ice cream in a large glass with cool soda water mixed with syrup and two small ice cubes. 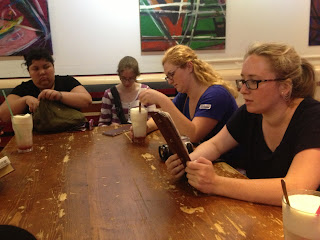 Then we stopped for a snack: 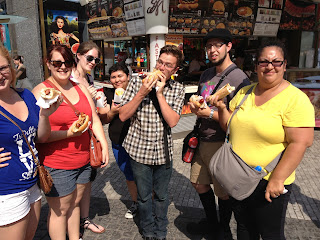 We then toured the Jewish museum in Prague, while dripping with sweat. 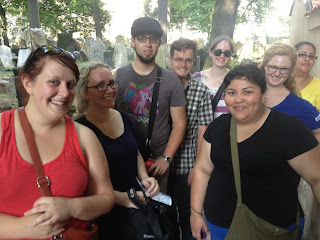 Finally we reached the Charles Bridge, but with clear skies, temperatures in the 90s (F), and the sun beating down on us, I'm not sure the students really enjoyed it. 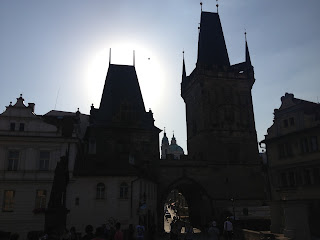 We took public transportation back to the hotel rather than walk. 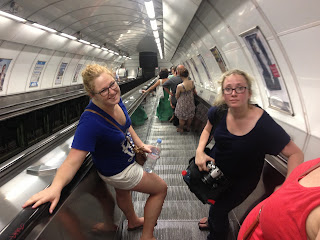 From there I headed off to buy our tickets to Vienna (and scored a group discount), and found out about how to get to Terezin.  Then some of the students and I went to Old Town Square for dinner, where we had pretty good food while dripping with sweat.

Did I mention already that it's hot?  And humid?  Very hot and very humid? 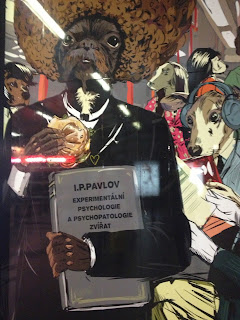 I showered and fell asleep (I drank 0.8 liters of beer at dinner), but woke up at 1 am from the heat.  I decided to open a window and the air outside was cooler, so I slept, fitfully, until 6:45 am.

Today we're going to Terezin. There's a heat advisory today, with temperature expected to be close to 100.  I'm going to cut out the walk to the crematorium and cemetery to limit our exposure to heat.  I don't know if we'll go to the small fortress.

The heat wave may, repeat may break tonight.  I'm praying.

I'll post some photos if I can (internet is weak here).