Thursday was the last free day of the trip.  It was a preemptive "mental health day" since on Friday we spend the full day at Auschwitz-Birkenau.  Originally, the days were reversed, but in order to have access to the screening room at the Auschwitz museum, we had to change the dates.

Only two students went with me on the two-hour bus trip south to Zakopane, a resort town in the Tatra Mountains, part of the Carpathian chain.

Heading into the foothills: 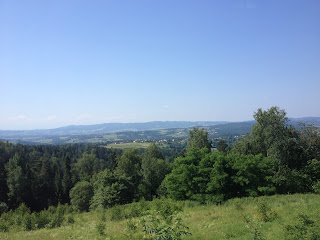 Once in town, we changed to a city bus and headed out to Kościeliska, a village outside of Zakopane.  There we started the train up Dolina Kościeliska.  While this trail is kind of long (1 hour and 40 minutes up), it has a mostly gentle incline. 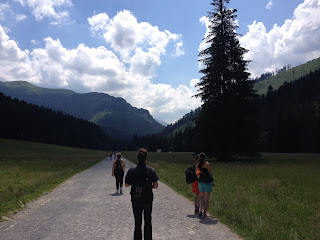 The path follows a small stream, 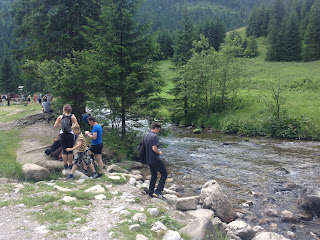 as it wends its way deeper into the mountains. 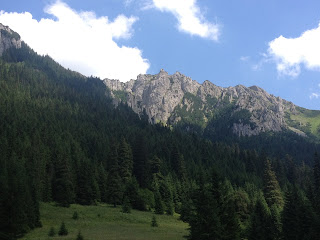 Eventually, we reached the ornak, a kind of mountain lodge with hot (and cold) food and drinks.  Since we are in the summer school recess, the place was full of children. 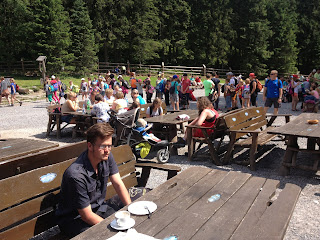 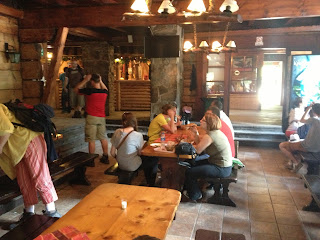 But eventually, I got us cappucinos and szarlotka, Polish apple cake. 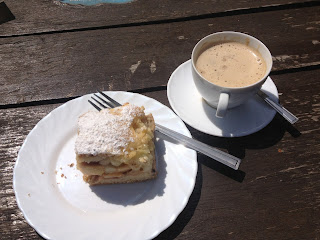 The walk down, of course, was just as spectacular, but less arduous. 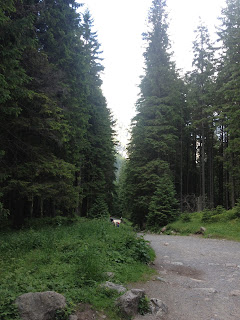 Back in Zakopane, we first got a snack after our long walk in the sun (kremowka -- a mix of whipped cream and custard -- and kawa biały) 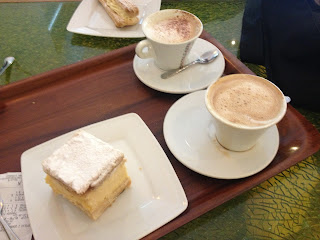 I took the students to the funicular that runs up Gubałowka Hill.  Up at the top, we found some nice American tourists to take a group shot with the Tatra Mountains in the distance. 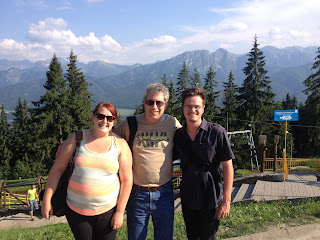 From the top of the hill, it's a short walk to some almost rural areas where we could see cows grazing up against an electrified fence (though I felt the warning signs somewhat inadequate): 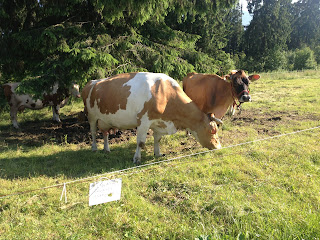 There were also some hand-made haystacks 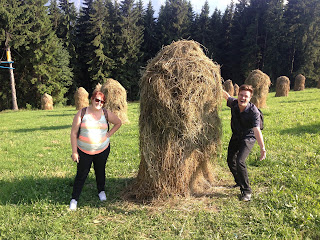 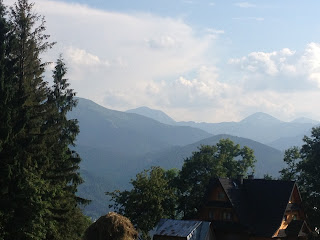 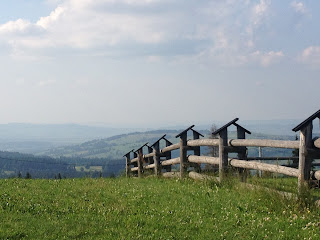 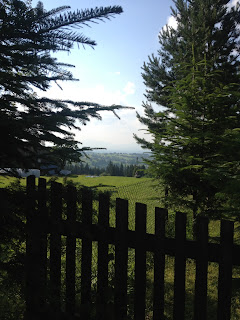 After that, we headed back down so where one of the students decided to buy a Gorale (highlander) style hat. 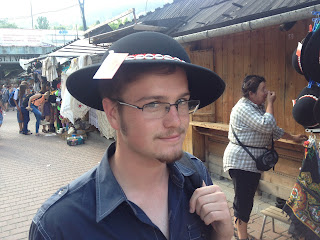 Around 7:30, we caught the two-hour bus ride back to Krakow and drove through the foothills at sunset: 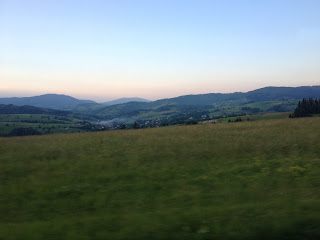 On Friday we have our longest and hardest day of the trip: the Auschwitz-Birkenau Camp and Museum.
Posted by J.B. at 10:07 PM