Since we couldn't go to the Museum of the Warsaw Rising today, we were able to have one last leisurely breakfast in the hotel. 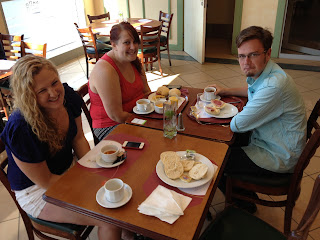 I thought we might leave on a slightly earlier train. Since my tickets didn't have a specific time or seat reservation, I thought we could leave on the 10:50 train, rather than the 11:45.

They've renovated Warszawa Centralna since 2011, but it's still a bit of a maze and does have the occasional dodgy part, but this place wasn't bad. 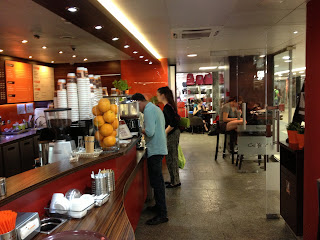 The train ride was pretty awful.  As usual, the train carriages come up half a platform away from where we are waiting.  I checked the chart and kept moving down further and further, but still we weren't quite far enough.  I was hoping for compartments, but I got on the carriage with rows of seats.  As soon as I opened the door, a wave of warm, moist air wafted out, but there were so many people already stacked up behind me there was no way but forward.

It was a mad house.  I found some seats and took them.  People were pushing.  The train finally started moving and we were able to crack a few windows open.  As people with seat reservations came in other had to move, but thankfully I didn't have to.  Eventually, the temperature dropped enough to be almost bearable.

Then the ticket collectors came on board and told us that the tickets I had purchased weren't good on this line.  I purchased new ones on board.  They told me to go to the main ticket office in Krakow to get refunded.  I did.  They refunded 85% of the original purchase price.

Eventually we did get to Krakow and checked into our hotel.  From there, I took them to the Stare Miasto to get some food and rest. 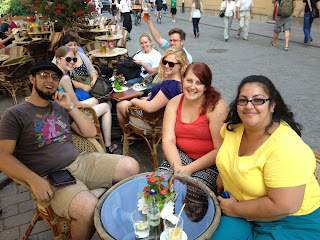 I went with the pierogies (always a safe bet): 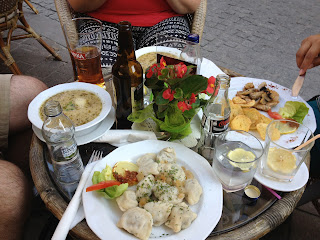 Of course, I had to get dessert; something cold after the long warmth of the train ride. 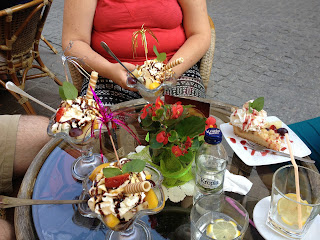 After that we walked down ul. Florianska towards the main rynek 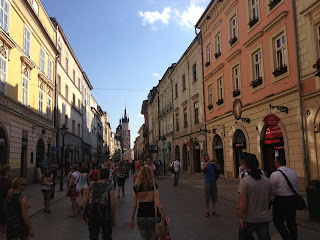 Some of the students wanted to try flavored Polish vodkas like the krupnik, made with honey. 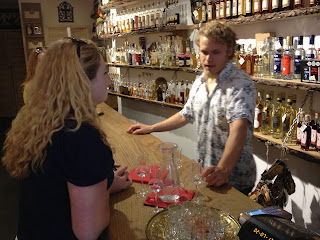 After that, we wandered through the Cloth Hall 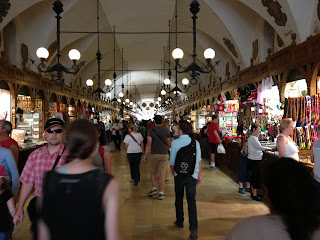 And made our way across the old town towards an English-language bookstore in the university area.

Tomorrow we have a full day with the Schindler Factory in the morning, the former Krakow ghetto, and then the Płaszow slave labor camp in the afternoon.