I'm starting to feel a little sad that this long set of trips (really three different ones) is finally coming to an end.  Today was about settling up odds and ends and getting ready to leave tomorrow.  It started at the post office where I picked up bubble wrap (almost enough to cover everything; I forgot about one small thing until it was too late).

After that I headed out to the National Museum.  This is really a collection of four distinct and different exhibitions.  I began with the temporary exhibition, a retrospective on the work of Chilean artist Roberto Matta, who trained with surrealists in Paris and came to the U.S. in 1939.  All the work on display here is post-war and they did something very odd with the displays:  some works remained in constant light, while the lights on others went on and off. 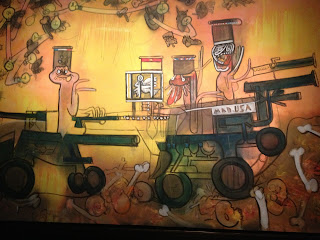 Overall, I'd describe his style as "surrealist expressionism."

After that I went to the military wing, which was kind of boring, unless you really like seeing display case after display case of premodern weaponry and uniforms.  These are the "winged horsemen" or "hussars."  The feathers would make noise when the cavalry went into combat and it would psyche out the enemy. 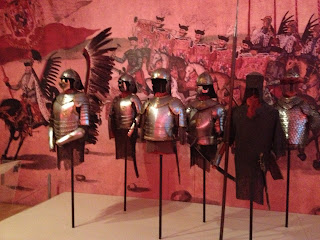 Next was the full floor of twentieth-century Polish art.  Lots of guards watching out for photographers, but I snapped a few quick shots of interesting pieces, like this one called "Demon." 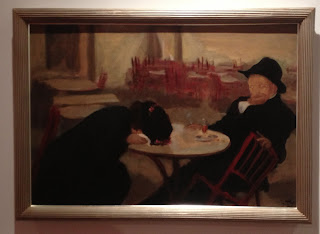 I was also fascinated by this piece by Janasz Stern from 1971 that appears to be a Holocaust-related theme.  Called "Red Tablet," in fact, it's a tombstone with the words spelled out in bones.  At the top, in Hebrew, is the acronym for "here is buried."  The last name is written "Shtern," presumably the Yiddish pronunciation of the artist's last name. 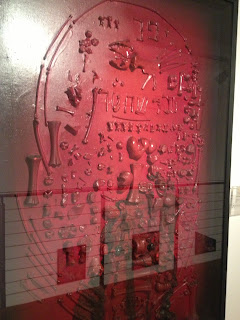 Finally, there was a small temporary exhibition of fashion photography from Poland and around the world.

I headed back to the old city and went to Chimera for lunch.  I'd wanted to try there for a while, but the dinner prices were a little too expensive for me.  I noticed they had a lunch menu, so I gave that a try.    First off was a delicious vegetable soup with rice and dill. 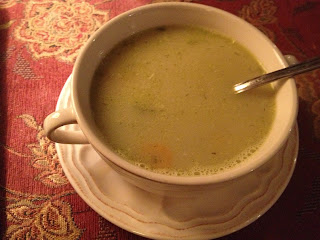 This was followed by a nice plate of pierogi 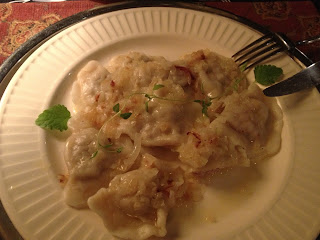 And finally, I finished with a fruit salad and cafe latte (that milk foam on top of the coffee, not whipped cream). 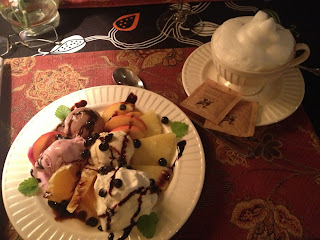 My next destination was the Museum of Pharmacy, part of the Jagellonian University.  Part of what makes this such a nice exhibit is that it includes not only lots of apothecary type displays 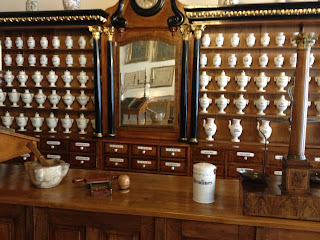 but also 18th and 19th century period furnishings.  Like this display of the study of Ignacy Lukasiewicz, the Polish pharmacist who invented the kerosene lamp 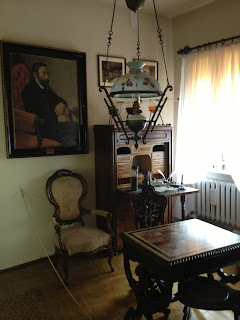 Or this beautiful 18th century ceiling 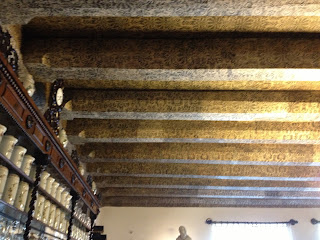 Of course there are lots of bottles and containers on display 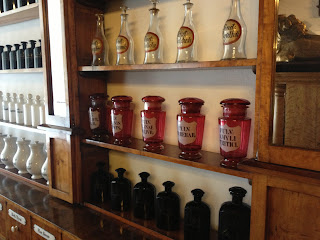 But also rooms of drying herbs 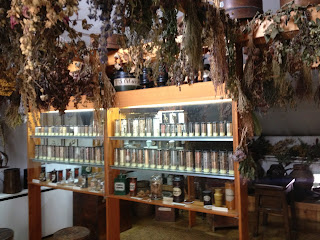 Not all of which are legal in the U.S. My final stop on my tour of local museums was the Museum of 19th Century art on the upper floor of the Sukiennice, the cloth hall that sits in the center of the Rynek.  The art on display includes examples of Polish romanticism 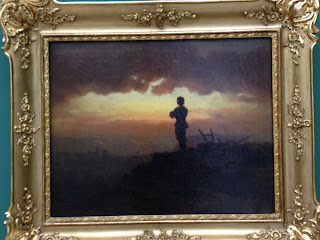 realism (this is Maurycy Gottlieb's "Ahasverus"): 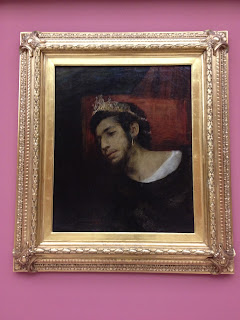 And this rather dramatic piece that runs nearly from one wall to the other.

Afterwards, I went out to the cafe on the patio overlooking the Rynek, the largest public square in Europe.  On the hour, the local fire brigade blows a bugle from the tower of St. Mary's Basilica.  The legend is that a watchman, noticing a sneak attack by Tatars, blew this warning call.  One of the Tatars shot him in the throat with an arrow, which is why the song ends abruptly mid-note.  Here's a panorama of the square (though remember, you're only seeing half of it).  You'll have to listen carefully to hear the bugle playing in the background.


After enjoying my coffee and the view, I returned to the hostel to wrap up all my glass items to pack them away.  Now, I'm going to head back to the Rynek for a final dinner and then home to bed.  Luckily, my flight doesn't leave Krakow until 1pm tomorrow, so I'll be able to sleep in. I don't need to leave for the airport until 10 am.