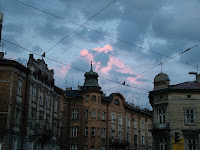 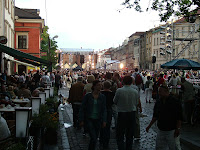 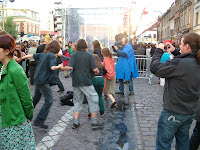 [Dancing at the Jewish Cultural Festival] 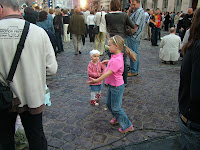 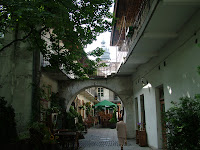 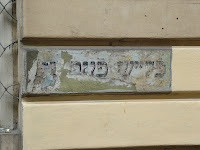 [Fragment of Yiddish advertisement in Kazimierz (it says "fleish" -- meat)] 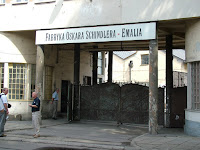 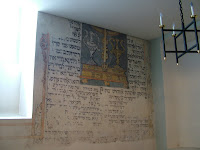 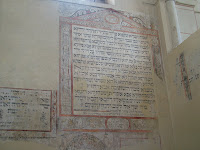 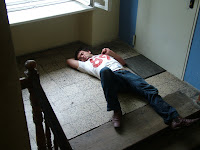 [Australian tourist passed out in front of hostel door (he was locked out of his room; I sent the staff person up to let him in)] 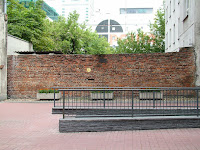 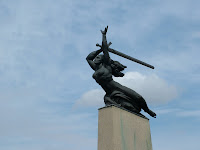 [Monument to the Warsaw Resistance during WWII]
Posted by J.B. at 5:16 PM