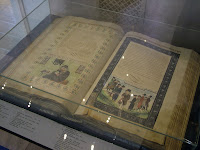 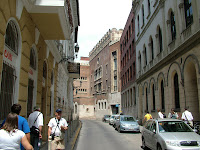 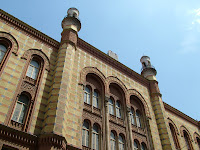 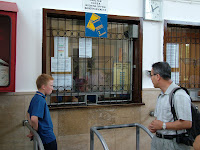 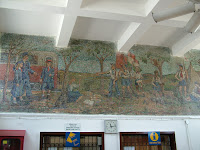 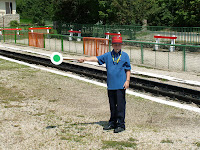 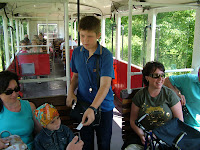 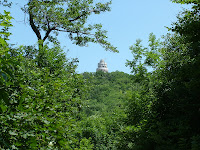 [Erzebet Look Out Tower in the Buda Hills] 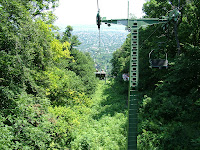 [Seeing the Buda Hills by chairlift] 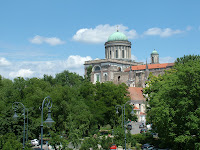 [Esztergom Cathedral -- where the Hungarian king converted to Christianity in 1000.] 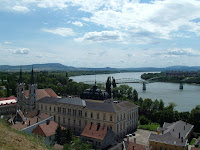 [A view of Esztergom, the Danube River, and the bridge to Slovakia, from Esztergom Castle -- the first capital of Hungary] 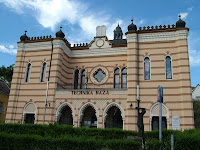 [Former Esztergom Synagogue. The Jews of Esztergom were deported to Auschwitz on June 5 and 6, 1944. The synagogue was turned into a technical training school by the communists.] 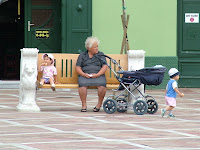 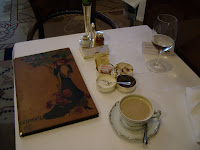 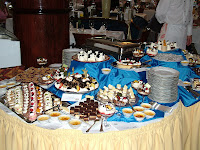 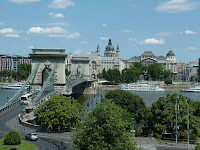 [Lanchid hid over the Danube] 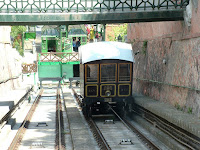 [Funicular to the top of the Buda hill] 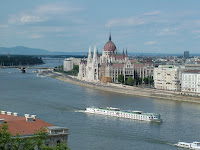 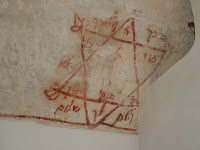 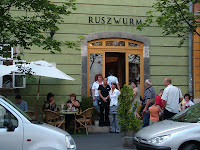 About the Esztergom synagouge. It was no school, it was given to the Federation of Technical and Scientific Societies. It had nothing to do with the communists, except this happened during a communist-era. As you can see the society took really good care of the building. Most of the Hungarian synagouges were not so lucky, this was renovated a few times. The city bought back the building in 2006, and now it is the home of numerous cultural organizations, and hopefully it will become a regional media studio.