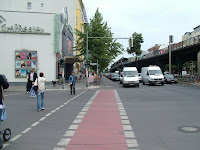 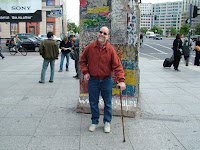 [Bruce, in front of a fragment of the wall, Potsdamer Platz, Berlin] 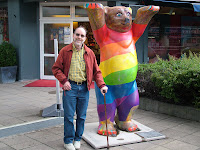 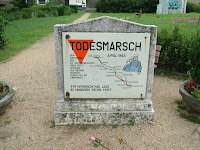 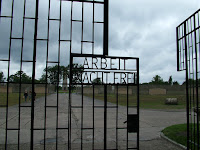 [The main gate to Sachsenhausen Concentration Camp. Between 1936 and 1945, some 200,000 prisoners passed through this gate.] 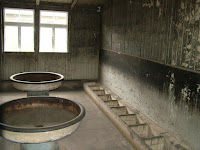 [Washroom in the Jewish barracks, Sachsenhausen. Two weeks after Prime Minister Yitzhak Rabin visited them in 1992, right-wing extremists torched them] 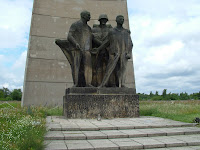 [Communist-era Memorial at Sachsenhausen (1961). Note how the list of nations excludes Jews, Jehovah's Witnesses, and gay men, all of whom were imprisoned and murdered in the camp, but who were not deemed worthy of memory by the DDR] 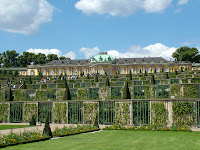 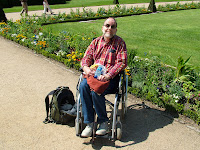 [Bruce in the Sansouci Gardens, Potsdam] 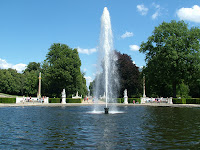 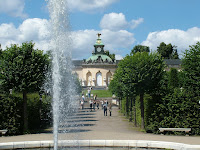 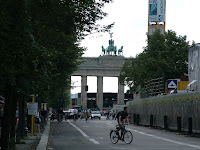