Today I really gorged on history and art, particularly the art.

I started off by heading to the Musée Carnavalet, which is dedicated to the history of Paris.  This museum is free, but special exhibitions require a ticket.  The special exhibition I wanted to see was on the liberation of Paris in 1944.  The exhibit brings together elements from the original exhibition done in the fall of 1944 with contemporary discussion of what was emphasized and what was omitted.  Also provides some history on which photographers collaborated and which were in the resistance.

After that, I just sort of wandered through the main exhibit, which is kind of hit or miss in terms of what they have.


Here's Louis XVI.  This look didn't work so well for him in the long run: 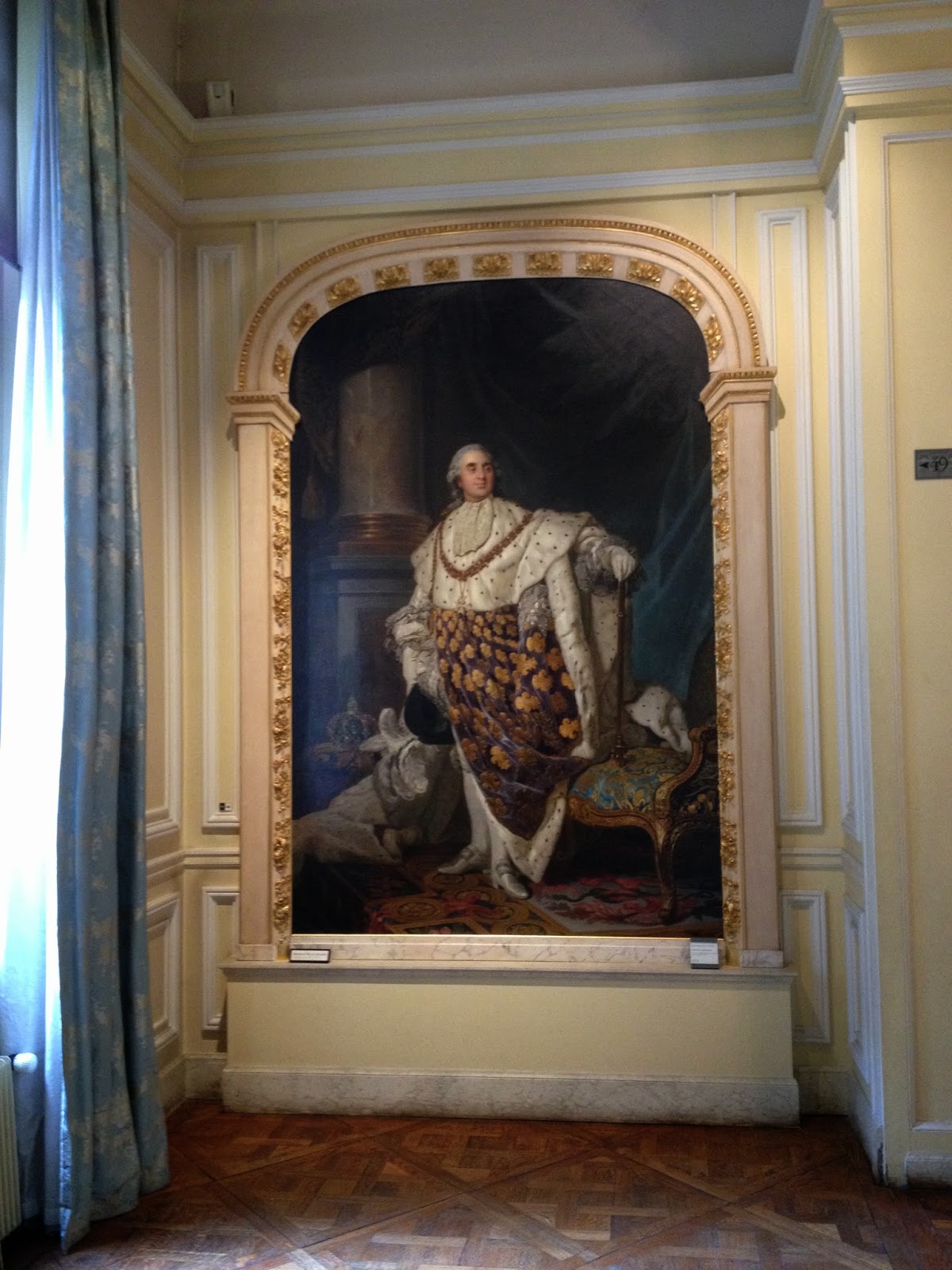 This is called "The Late Arrivers": 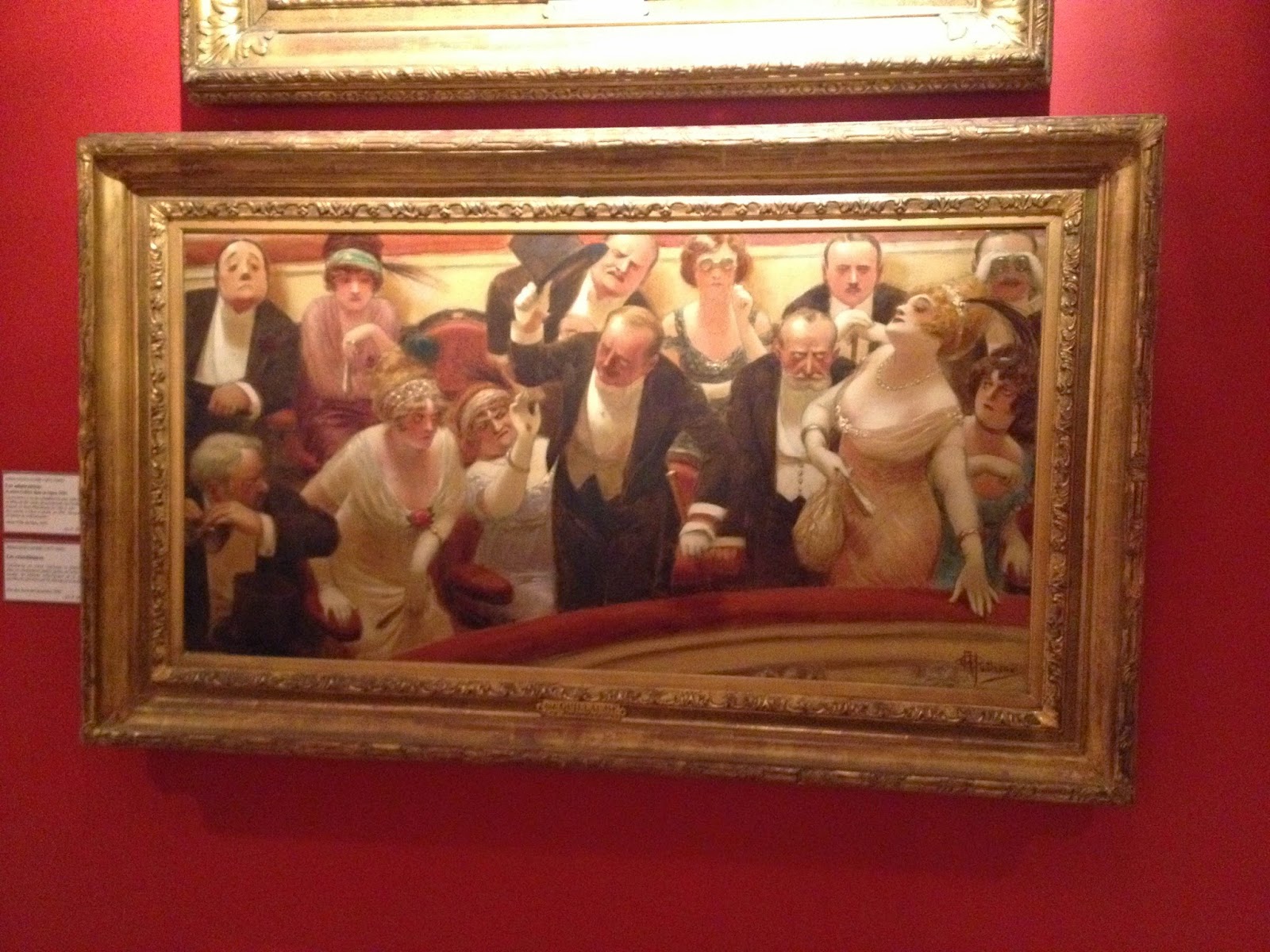 I had difficulty finding a title for this painting, so I invented my own story.  I figured what they were saying was "I can't believe she came even though she knew she wasn't invited.  And in that dress!" 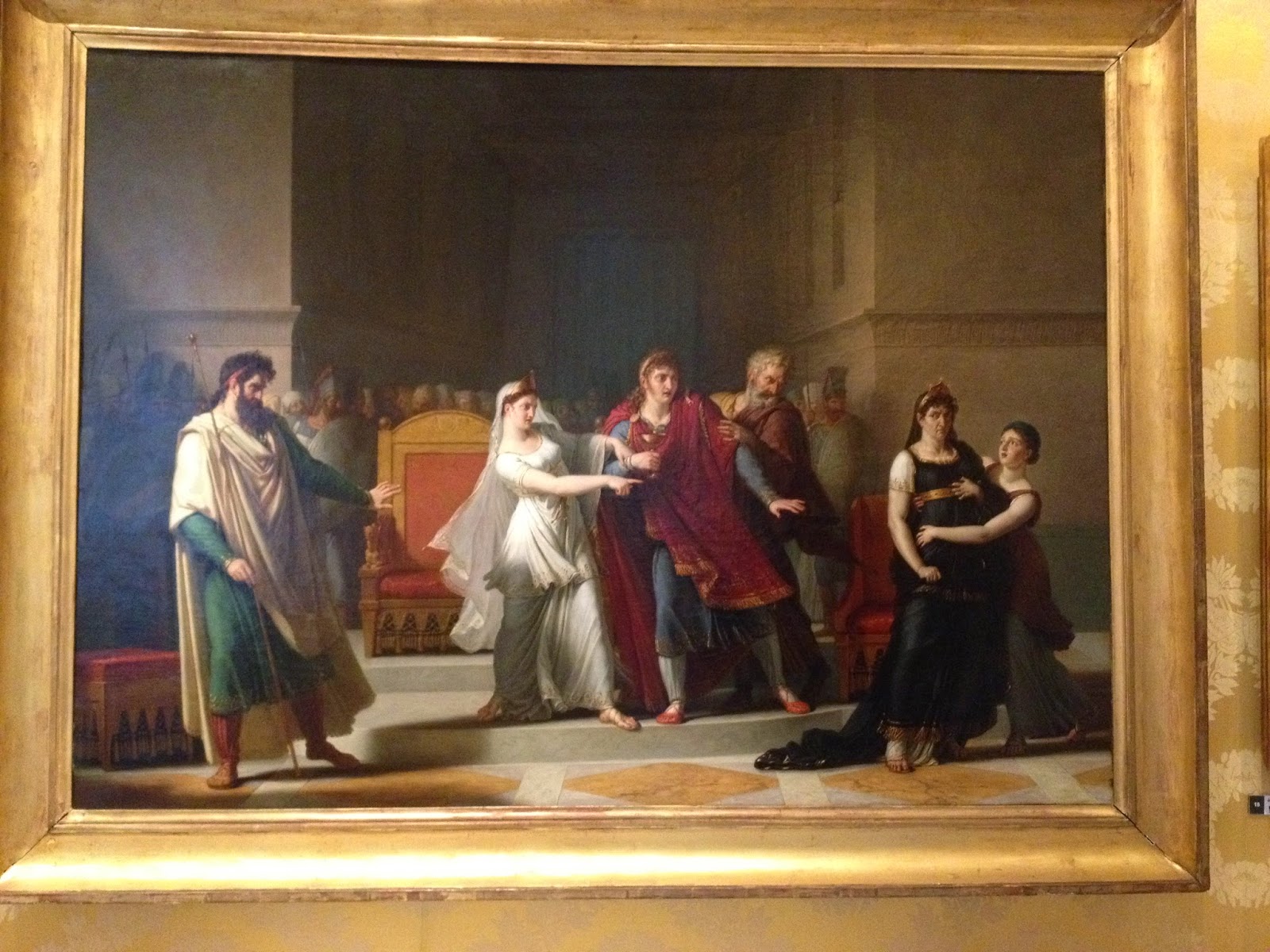 It turns out it's a depiction of a scene from the opera Rodogune, staged in Paris in 1810.  I think the woman in black is supposed to be Cleopatra.

By 12:30 it was time to get lunch so I headed over to the Marais, bypassing the long lines for felafel and the Chabadniks trying to get Jews to put on tefillin.  I stole a line from the great Yiddish poet Chaim Grade who, when asked to join a minyan at Columbia University one day in the 1950s, said he had already prayed. "When did you pray"? his friend asked.  "1939," he answered.

I went to Sacha Finkelsteyn, where, of course, the staff is all Polish and Catholic (go figure).   I had the "classic sandwich" -- which turned out to be pastrami in a bialy -- and a piece of gateau l'fromage -- which really was the Polish cheesecake called Sernik (I got the orange flavored one).  It was very good. Ok, so some people on Facebook noticed that I seem to always have a newspaper in my meal photos. That's because if I don't have someone to talk to over a meal, I have to have something to read.

While the piece of cake was small and light, still it felt heavy in my stomach afterwards, so I just took off walking north by northwest, until I got to the area called Canal St. Martin. 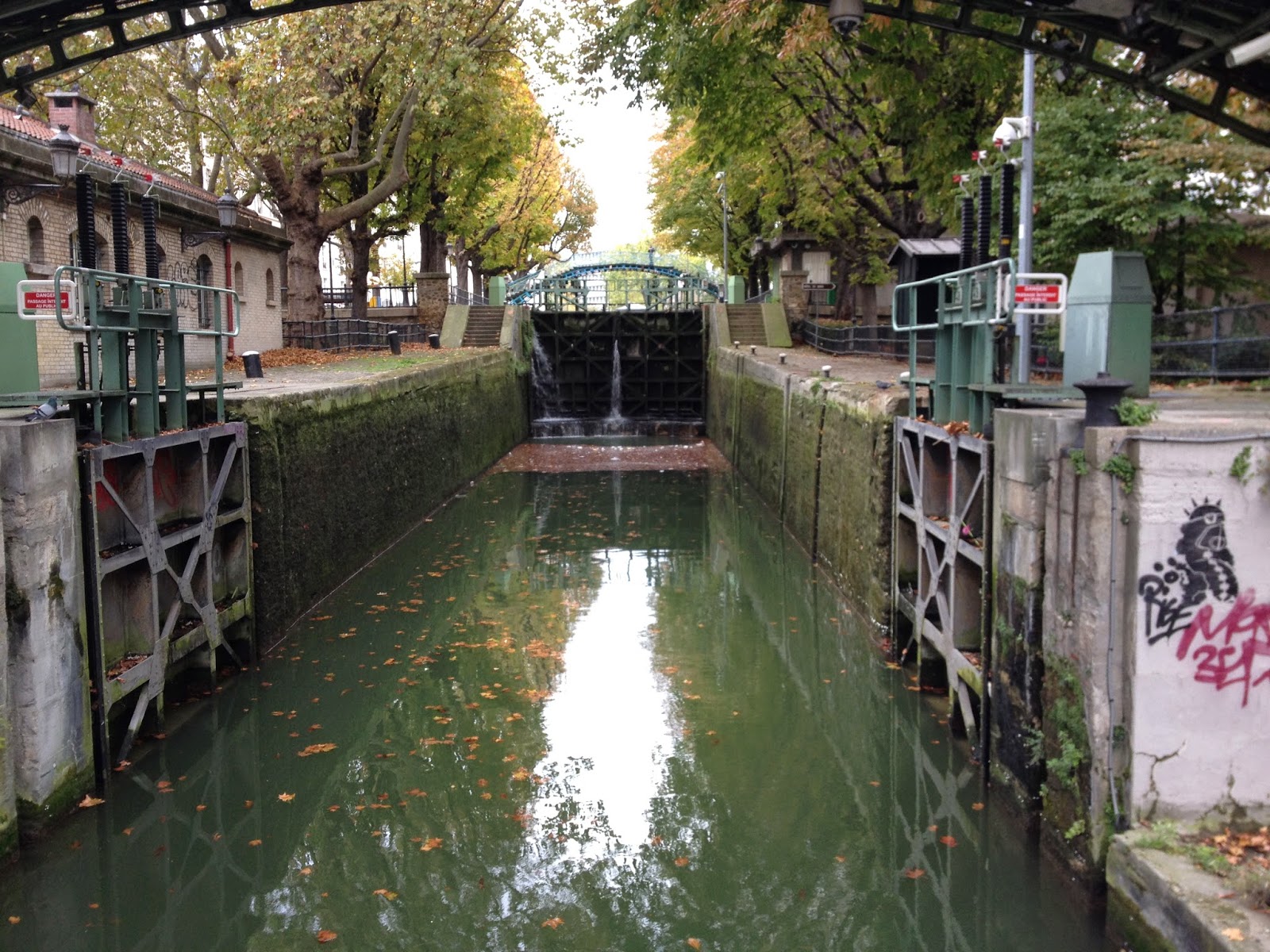 Reading up on the neighborhood after I got back, it seems I missed most of the its bohemian charms, located slightly further to the north.  Though, I did go to one very popular coffee shop called 10 Belles, where, as I came in, a customer was trying to pick up the baristo: They had a tiny area to sit, so I got a cafe au lait and worked on the crossword puzzle.

After I had rested up, I took the metro down to the Centre Pompidou, which has a great collection of modern art.  The museum has a big retrospective on Marcel Duchamp.  I've never been that big a fan of Dada; it's not one of the styles of modern art that speaks to me, but they did have this very nice Kandinsky: 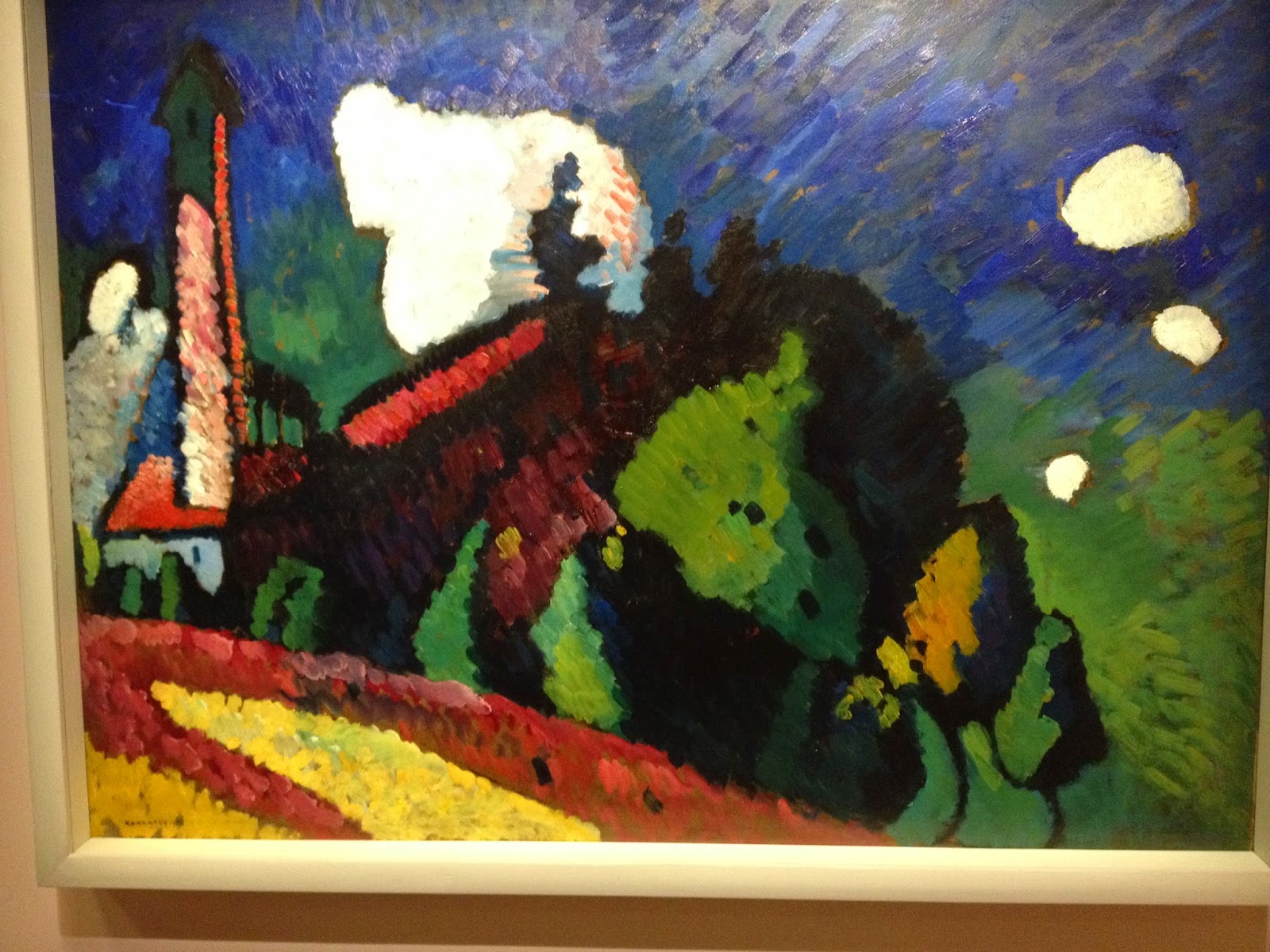 And Duchamp's Nude Descending a Stair Case is pretty incredible. 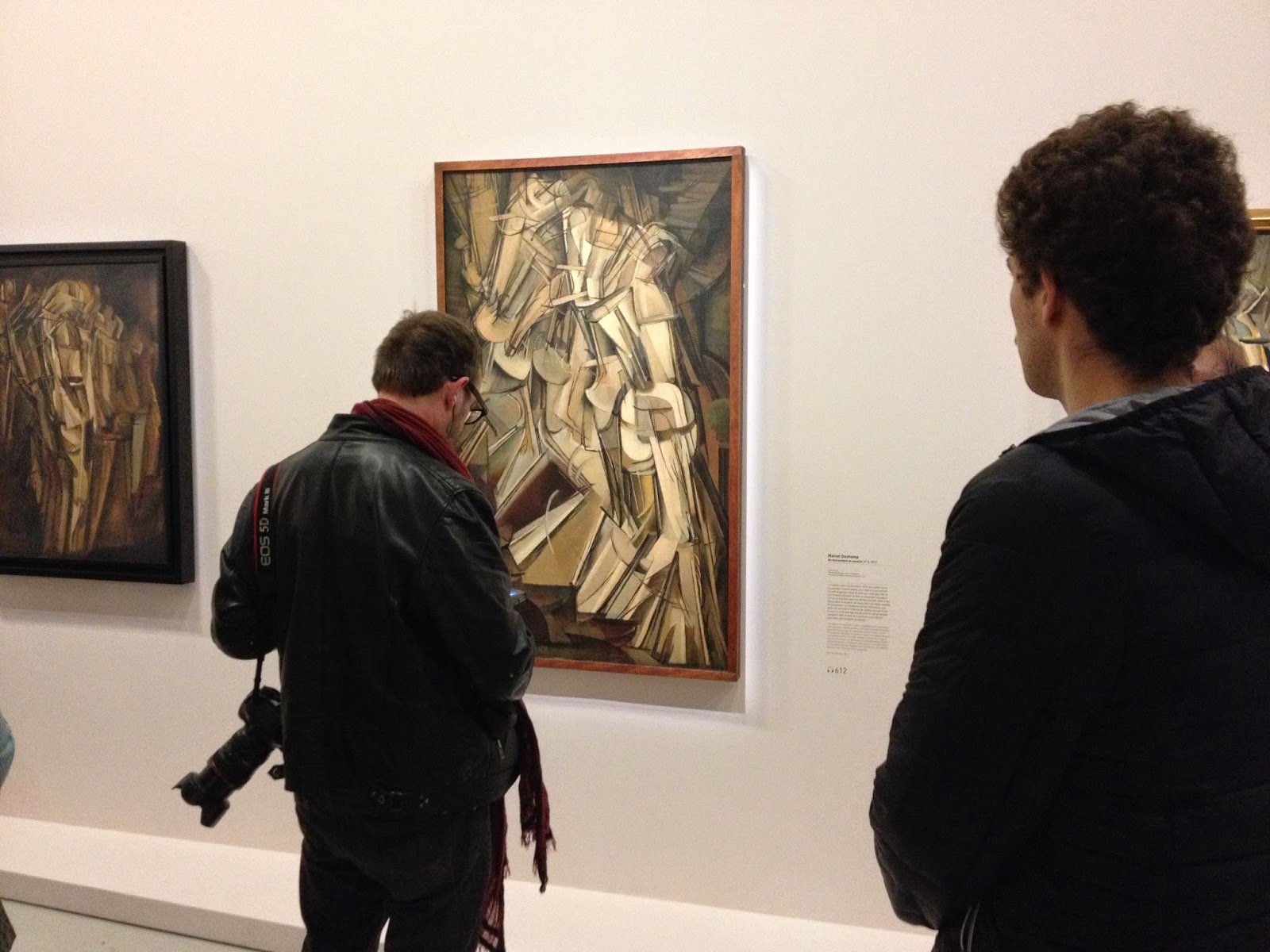 What I liked much more was the smaller special retrospective on Robert Delaunay, who became an important early exponent of abstractism, though here in this early self portrait, he shows more the influence of fauvism and die Brücke movements: 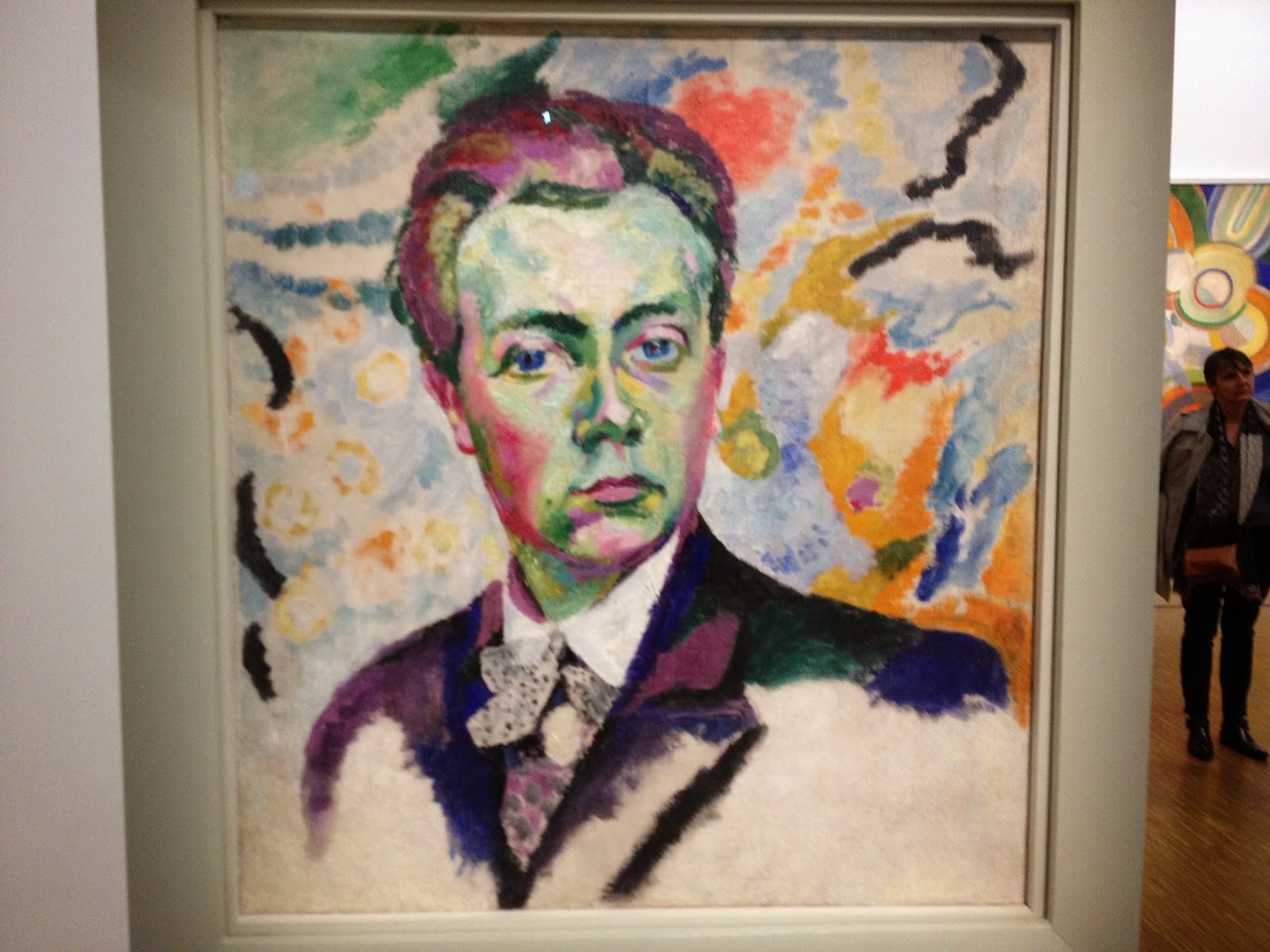 This painting from the 20s reflects his growing movement from cubism towards abstractism.  While it's not called The Three Graces, it reminded me of a painting from Nazi Germany by Adolf Ziegler called The Four Elements.  Ziegler was one of Hitler's favorite painters, one who rejected the "degenerate" style of Delaunay and others in favor of idealised realism, the form preferred by dicators the world over.  Unlike those paintings, which are aesthetically and emotionally dead, this painting by Delaunay is full of life and happiness. 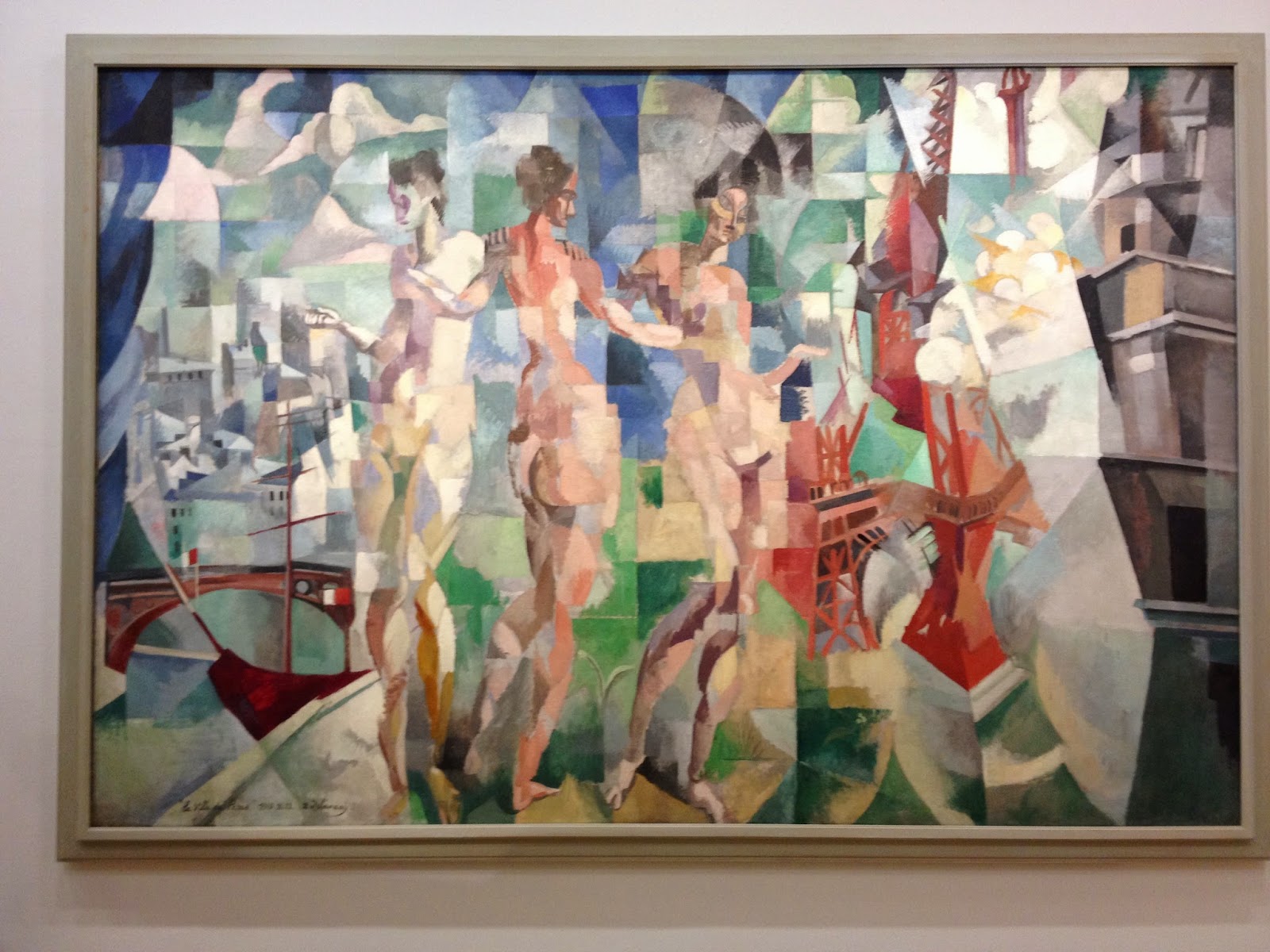 This painting is an example of the kind of abstract painting that Delaunay had embraced by the 1930s.  While I'm not a big fan of where abstract art went after WWII, this painting seems to be brimming over with joy. 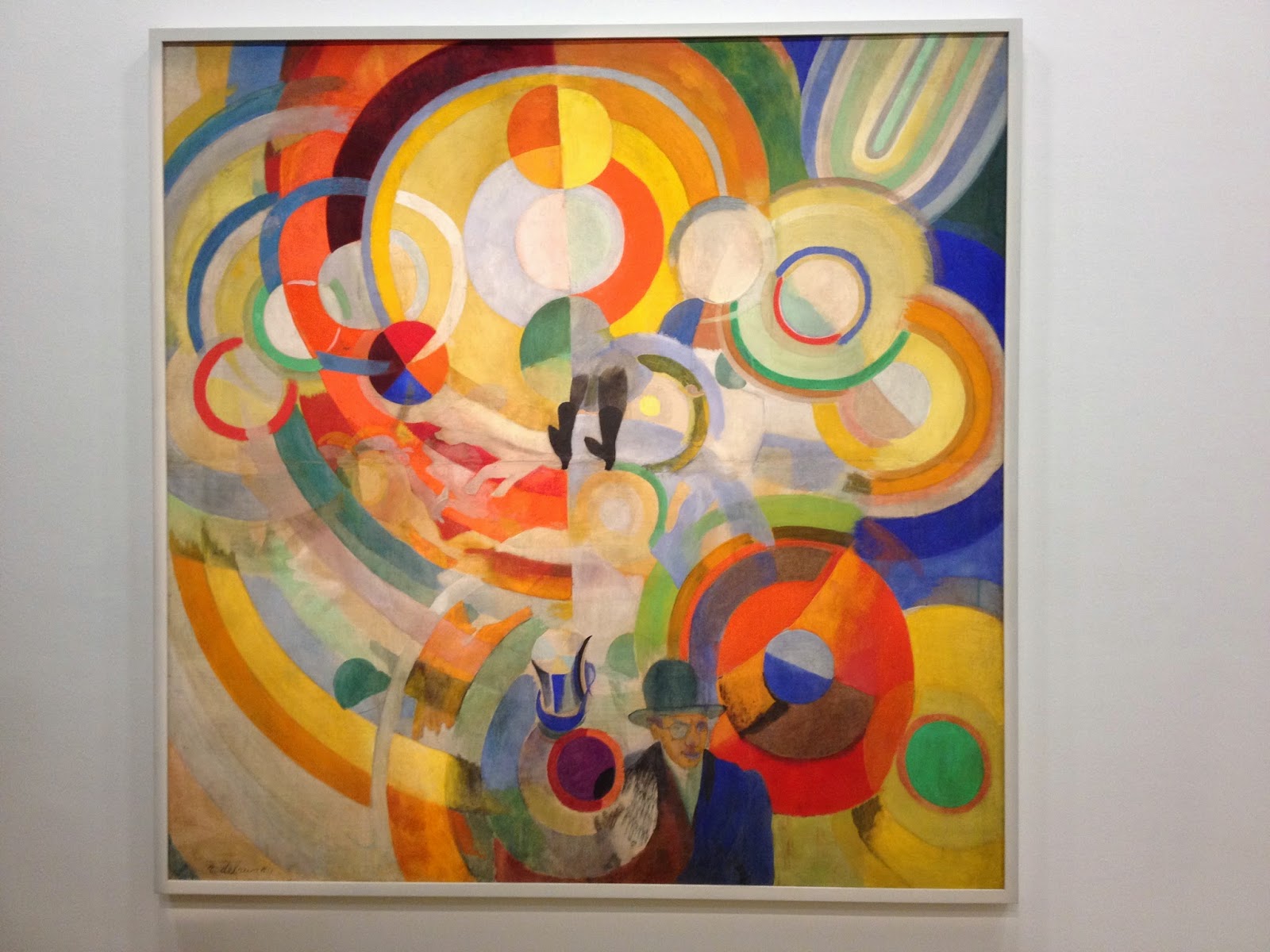 After that, I just wandered through the permanent collection.  They have wonderful stuff, including this piece that combines elements of futurism with abstractism by the Czech artist František Kupka.  I saw a lot of his stuff in Prague, particularly at the Kampa Museum, but I'm not allowed to take pictures of it there. 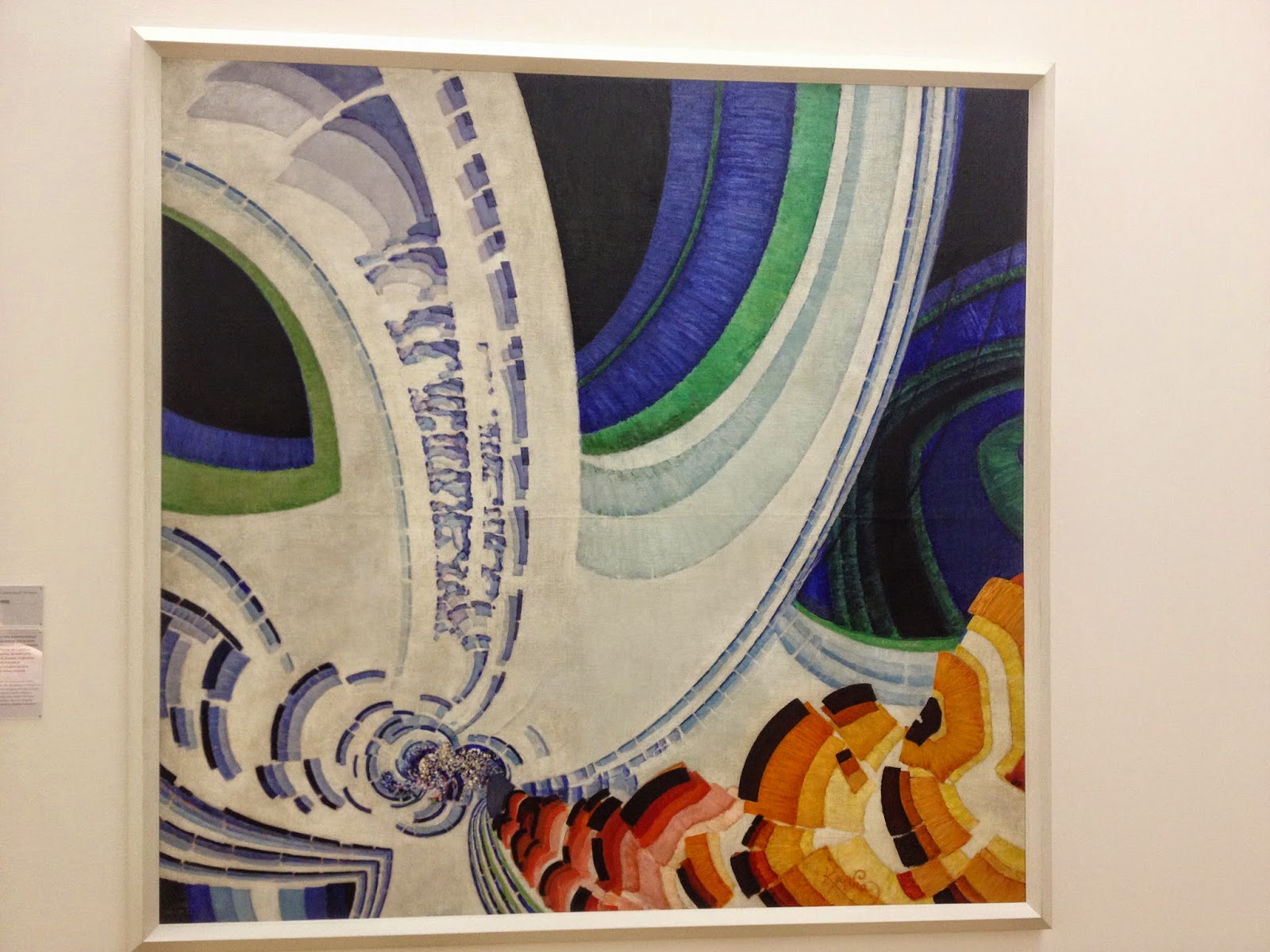 While I think some Italian futurists ended up in bed with fascism, I still like some of it: 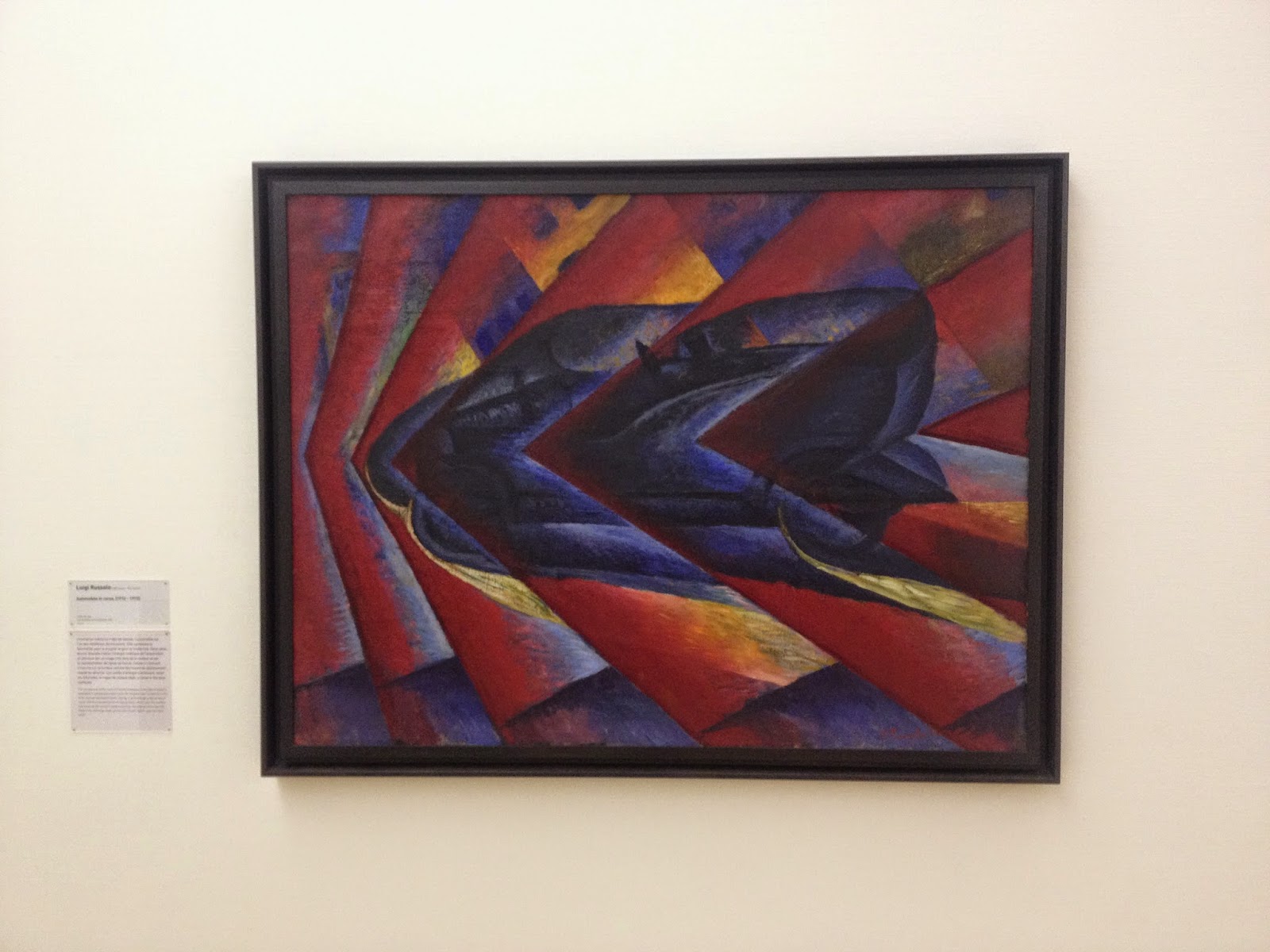 In the 1920s, German art (at least the stuff that wasn't Dada) was dominated by a style known as the "Neue Sachlichkeit," which means the "new objectivity."  This portrait (form 1927) was done by Christian Schad.  In addition to vaguely resembling Bogart, it just seems to me there's an aura of doom hanging about it. 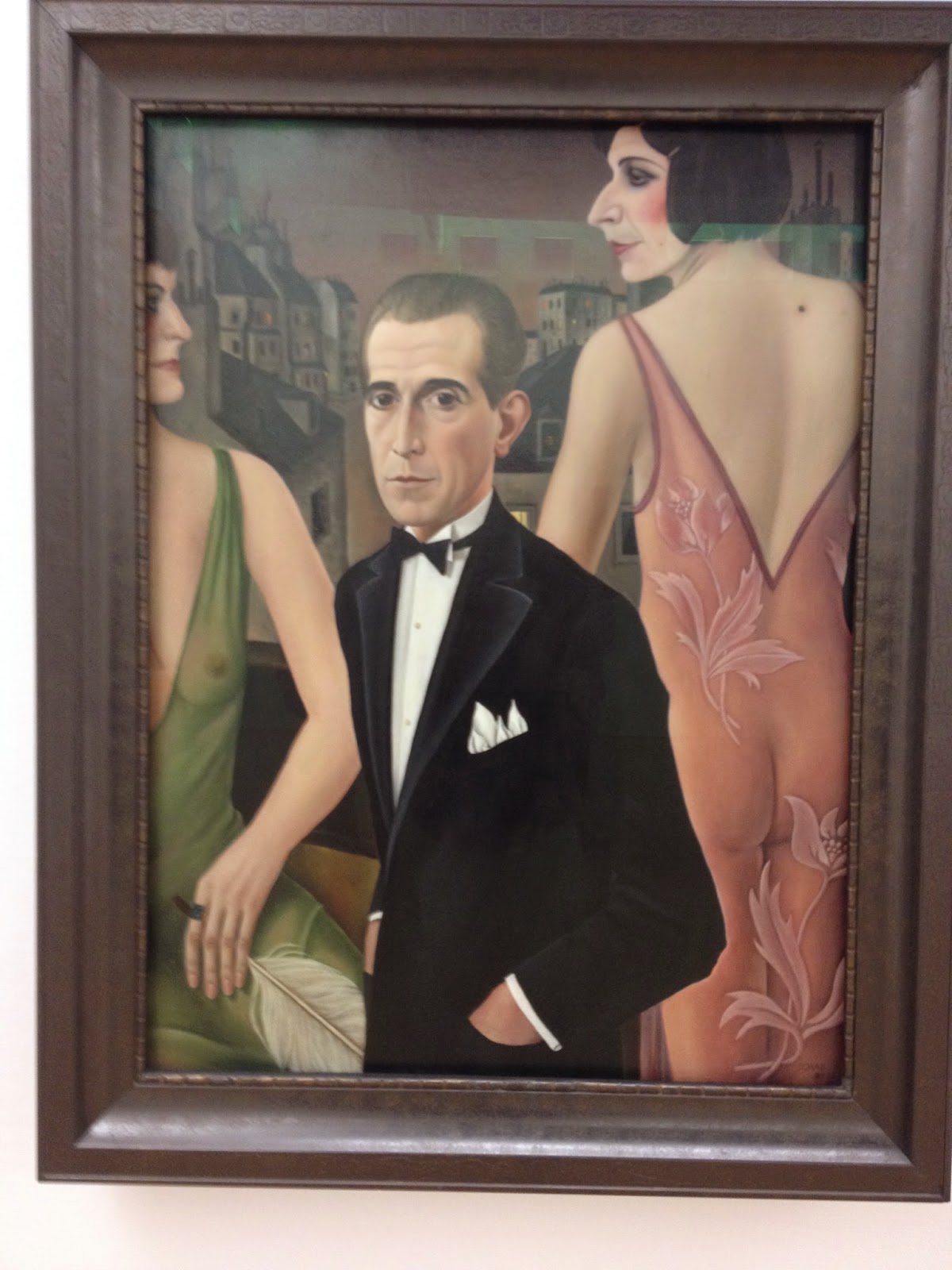 I love, love, love the work of Otto Dix.  His work was condemned and burned by the Nazis and he was sent into internal exile and only allowed to paint non-political landscapes. 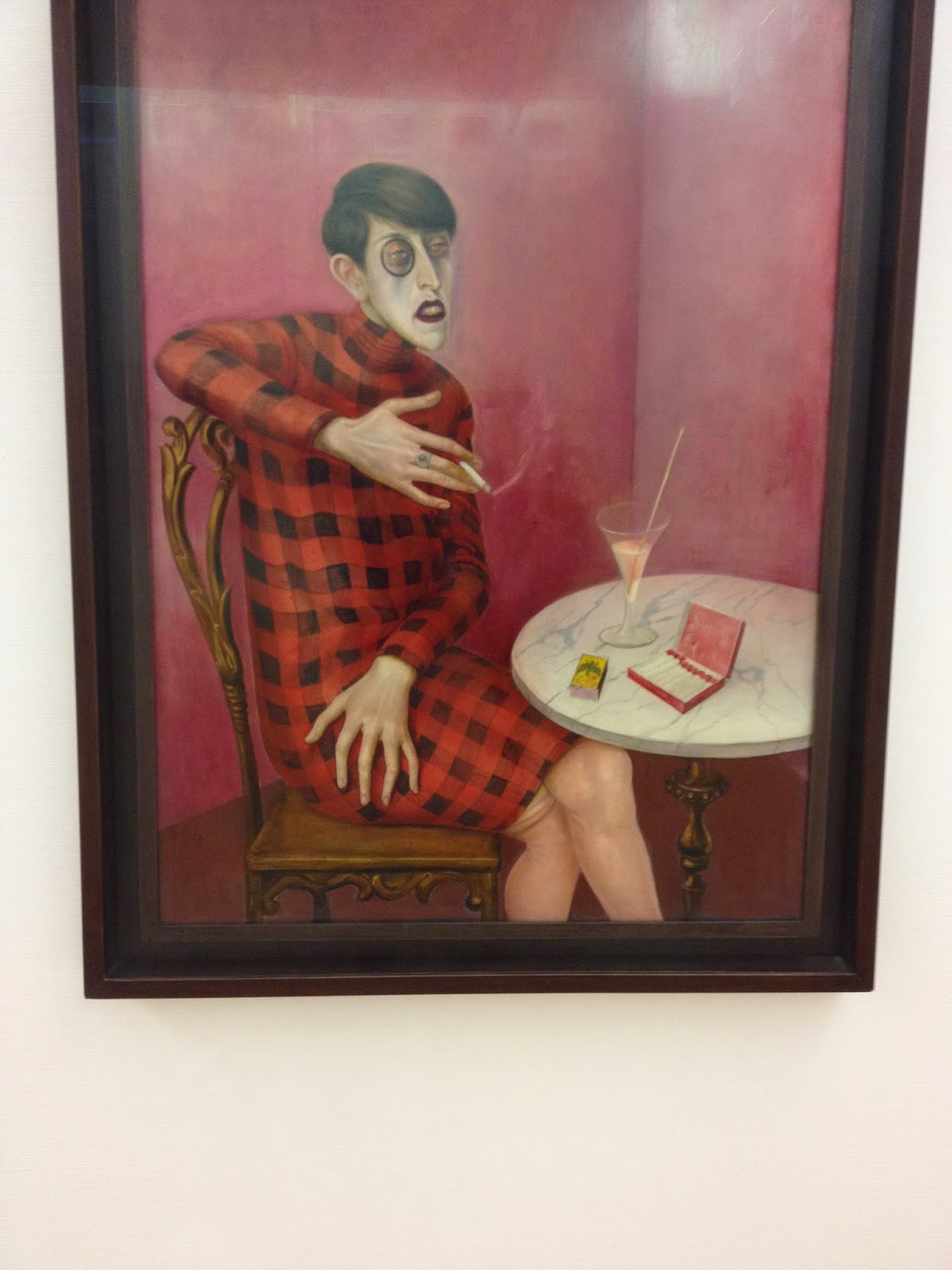 Beautiful sunset from the Pompidou Center 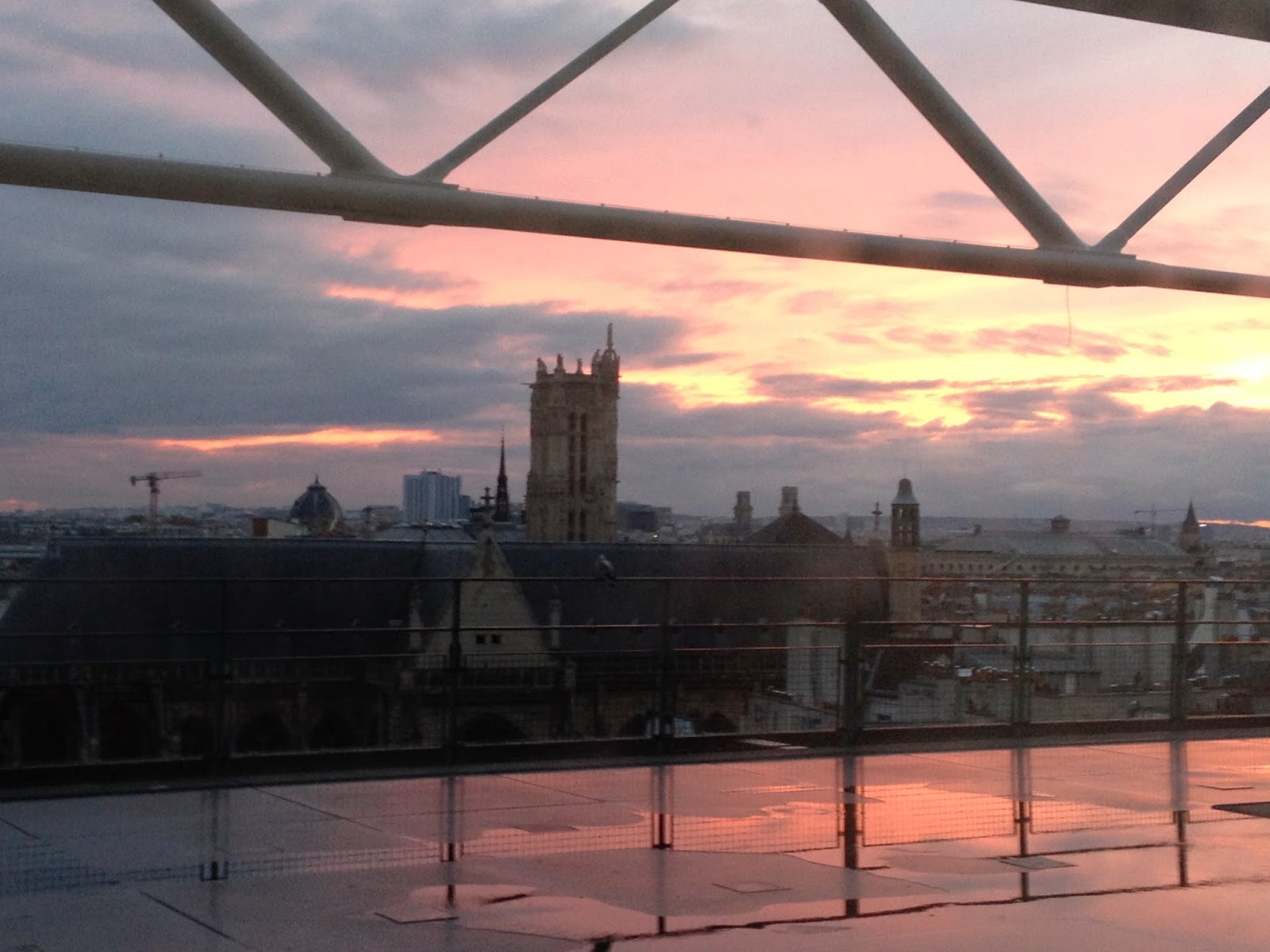 I'm not so much into the post-war art.  I kind of breezed through this section, though this piece by Robert Longo caught my eye.  I think my old firm, Arnold & Porter, had one of his pieces.  It should a woman in high heels bending backward at an almost impossible angle, as if she was about to fall. 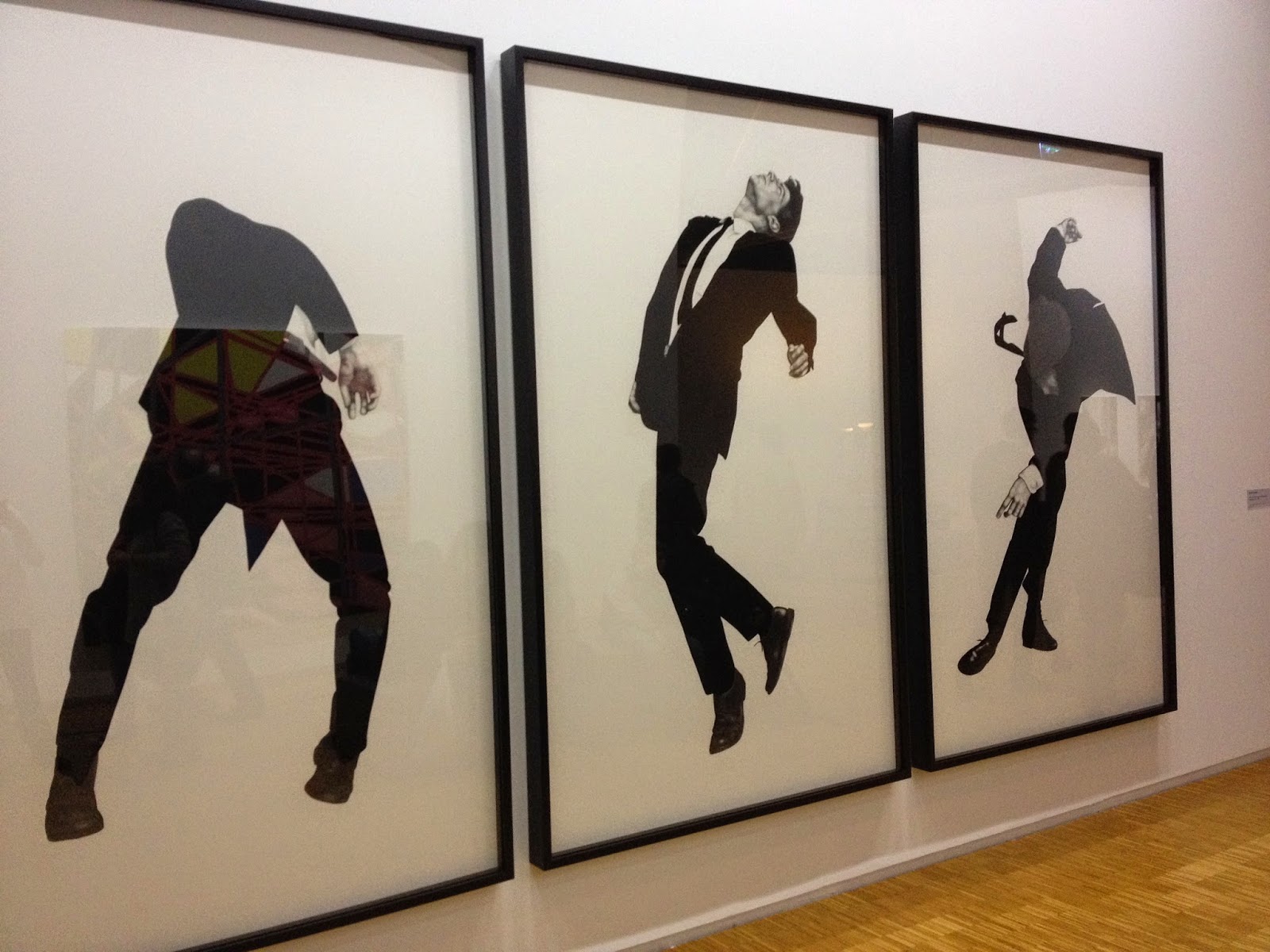 One popular piece hanging in this section was by Cristina Lucas.  It showed empires in world history, only without and geographic markers (like continents).  Instead, you just saw the shapes of the kingdoms as they changed, year by year, from -500 to +2007.  It was kind of fun, you know, waiting for particular changes in the map that you knew were coming.  But then it came to 1948.  No Israel.  Or rather, the map combined Israel and Jordan.  Now, it's possible that Cristina Lucas was doing this to support Jabotinsky and the Revisionists, you know, a Jewish state on both sides of the Jordan river, but I think instead she was just erasing Israel from the map.

For dinner, I headed over to île St.-Louis, which is the much quieter of the two islands in the Seine.  I ended up a sit-down creperie, where I ordered the three course "menu."  The first course, the "sud-ouest salad" had pate, haricot vert, and salad.  The main course was supposed to be a "galette" with chicken, mushrooms, and fresh cheese.  Instead, I got this: 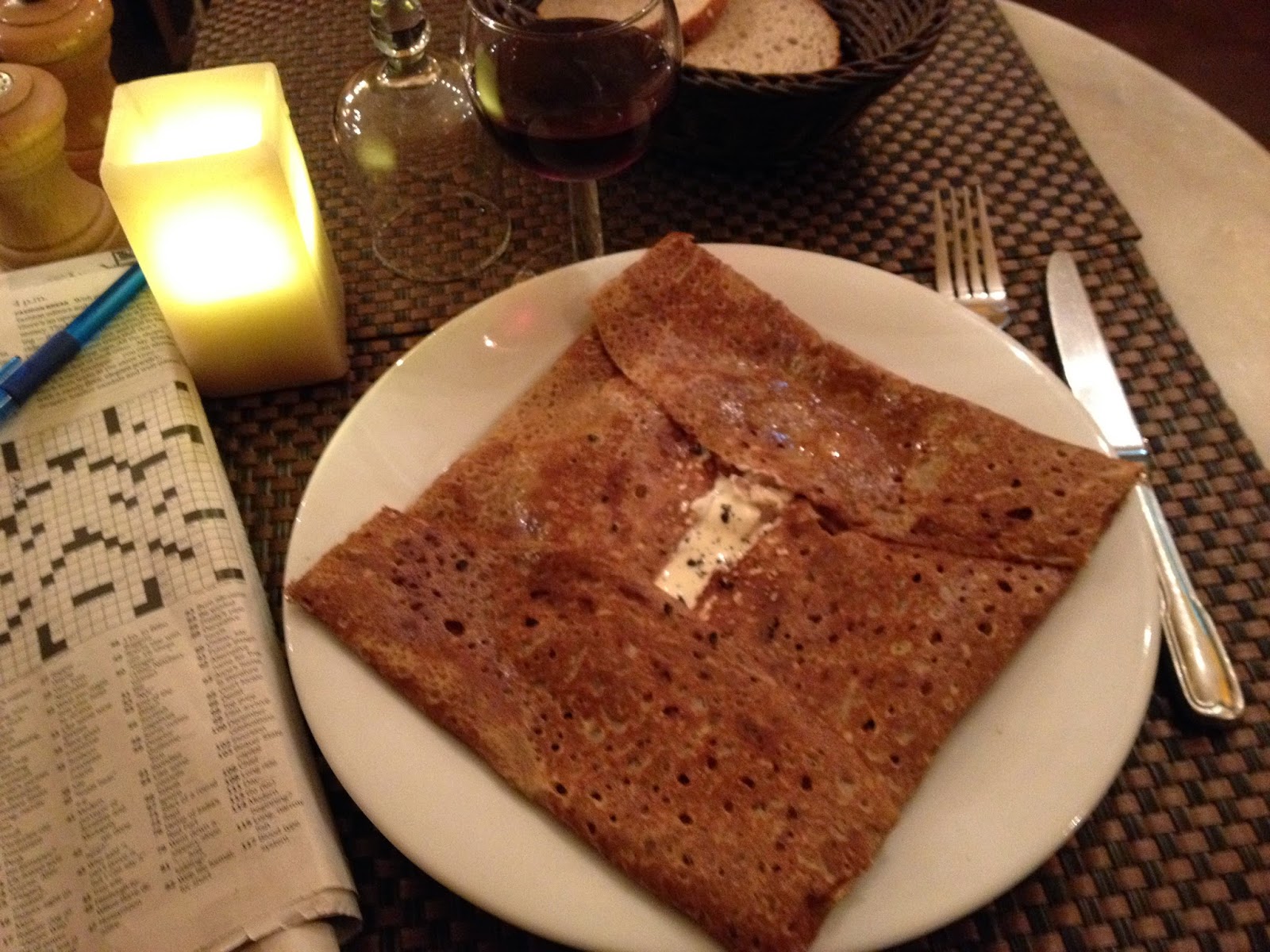 Now, that's what I call a crepe, not a galette (a galette is a rustic tart).  It was tasty, but not what I was expecting.

For dessert, I ordered a crepe: the one with chestnut puree and cocoa.  It was very good, but it was obvious to me that the "chantilly cream" had come out of a can: 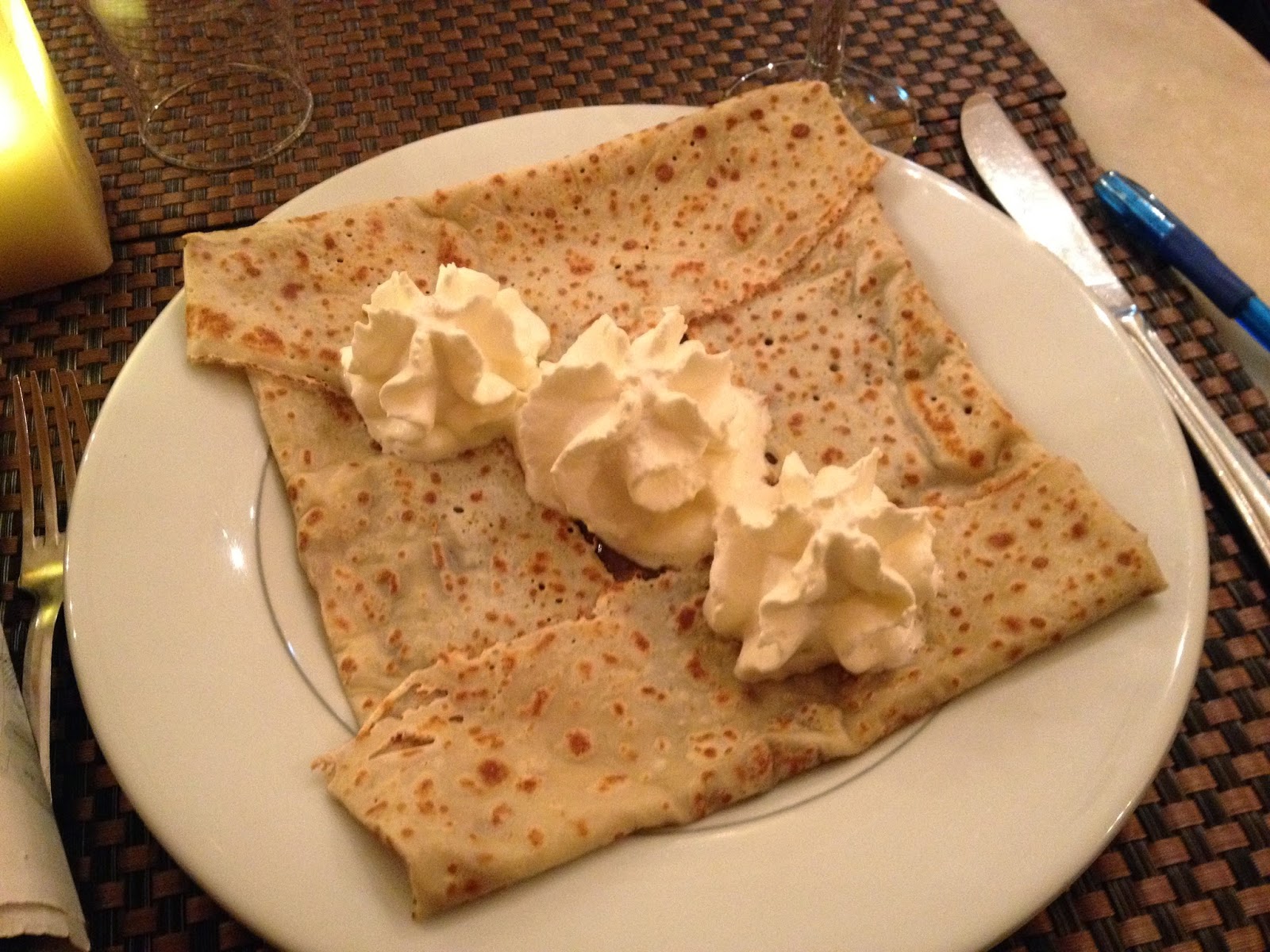 That was it for one night.  I took a long walk to help digest the meal and then headed back to the hotel.  Tomorrow, it's back to the BnF.
Posted by J.B. at 2:19 PM