I slept 11 and a half hours last night and woke up feeling great.

I decided to try the hotel breakfast (10 Euros), and I liked it.  I probably could eat cheaper at a boulangerie, but not by much and it's definitely more convenient.

My knee was doing fine today until I took my first step outside the hotel, then BAM! lots of pain.  Still not sure what's going on; the pain seems to come and go; one minute I'm fine and the next I'm limping.

The weather was definitely improved over yesterday with no rain, though still cold and breezy.  My goal today was the Bibliotheque national de France, a rather brutalist-style set of buildings put up by Mitterand. 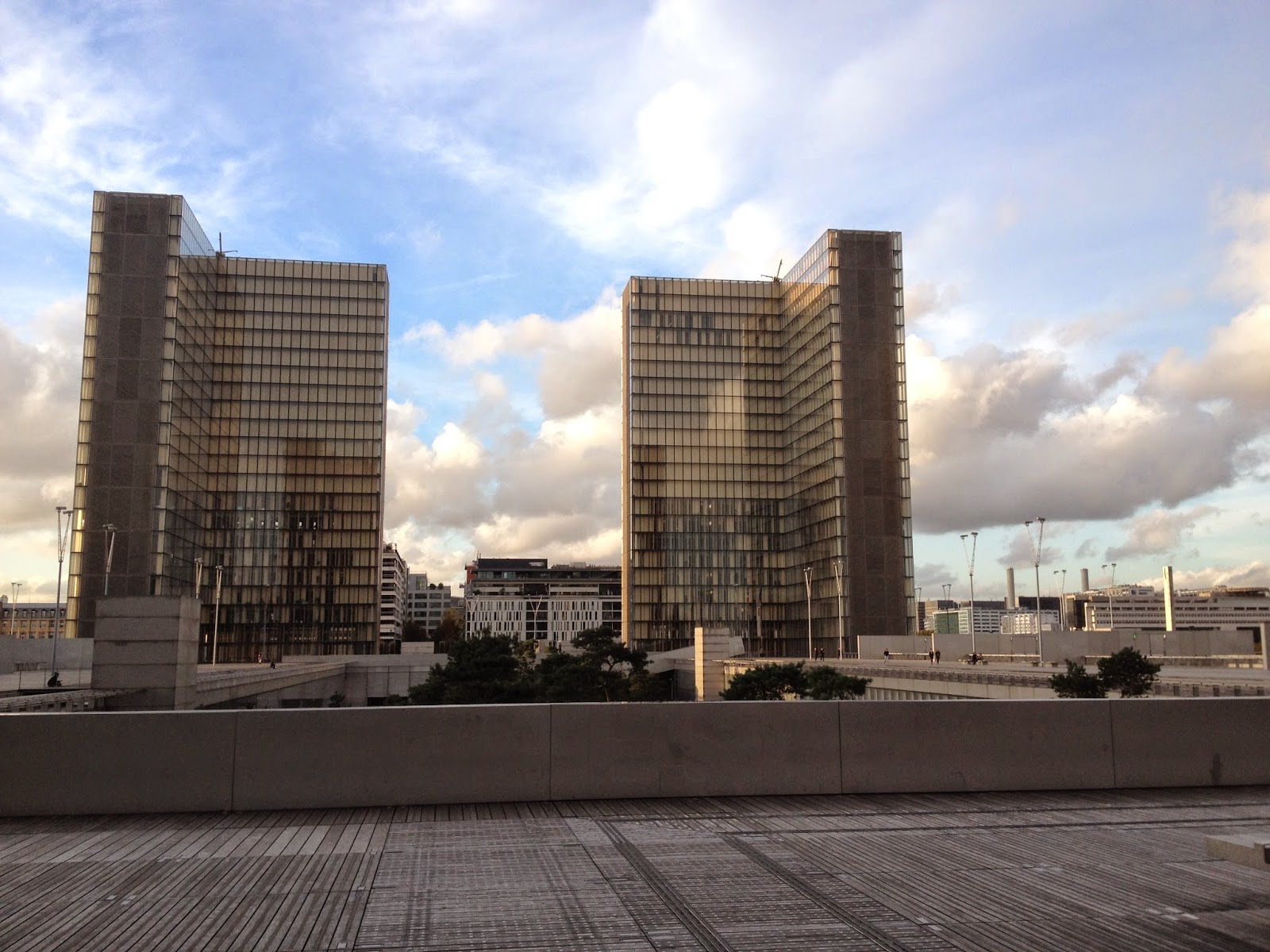 The reading rooms for the library are not in these tall, windowed buildings, but below.  I'm always nervous when I go to archives for the first time, but I was particularly so here in Paris since my spoken French is so weak.  The clerk, however, spoke English and was both friendly and helpful.

After getting my reader's card and checking my stuff, I headed down to the reading rooms. 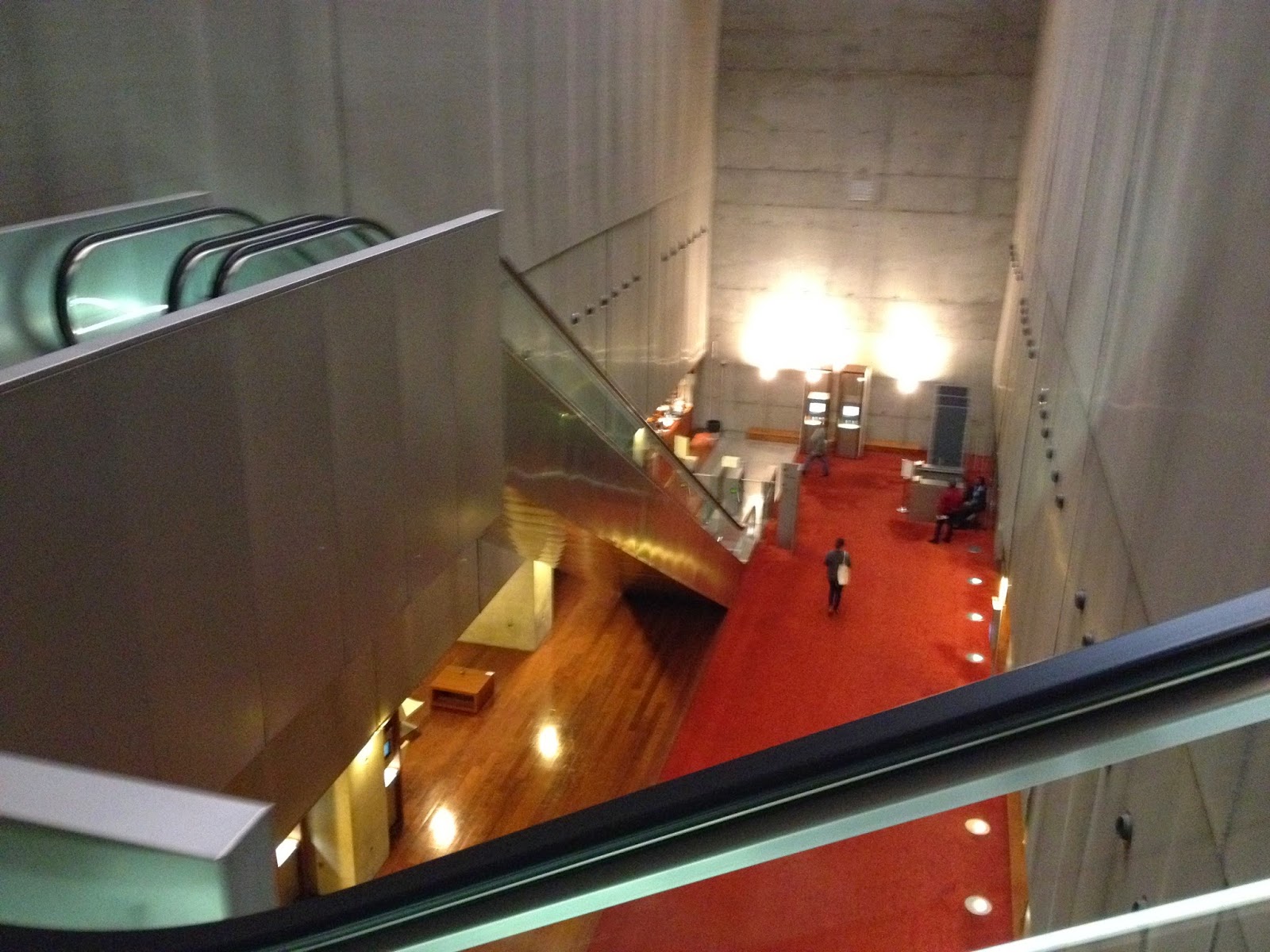 As I said, brutalist architecture: lots and lots of tall, overwhelming, concrete walls. 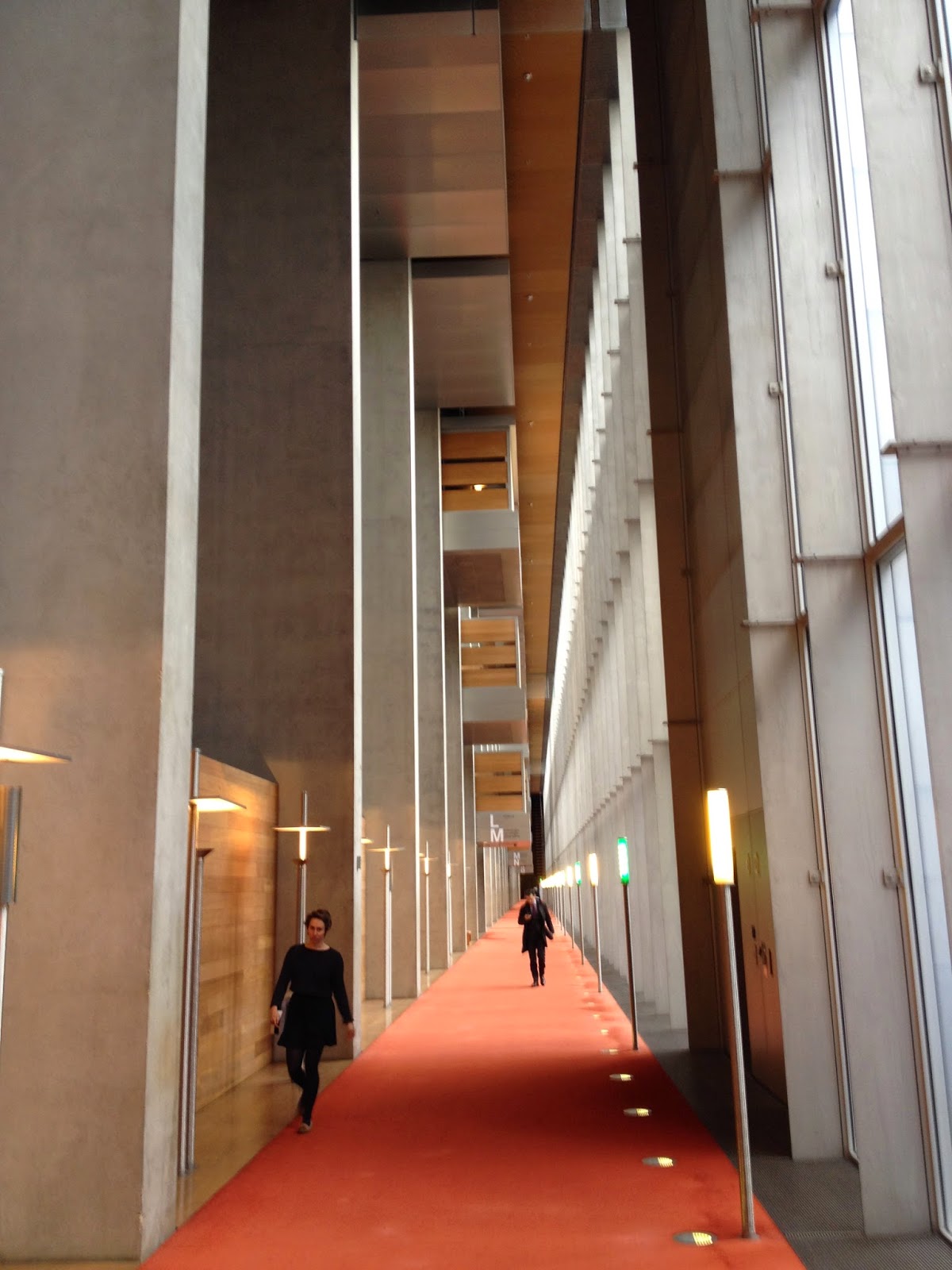 They assigned me a seat in the reading room and I started going through their digitized newspaper collections, researching their coverage of the Schwartzbard murder trial in Paris 1927.  As it happens, all the newspapers I looked at today were anti-Schwartzbard.  I wasn't sure about L'Ḗcho de Paris, and then I saw this caricature of the Yiddish and Ukrainian translators: 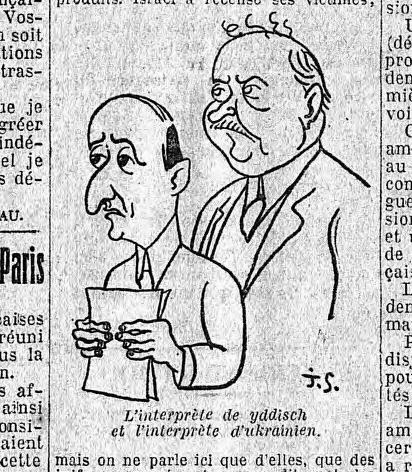 I wasn't sure what I was going to do for lunch, but there's a cafe in the library that was quite affordable.

The only thing that gave me pause all day was when I tried to find the toilets.  I think these signs could have been designed a little clearer. 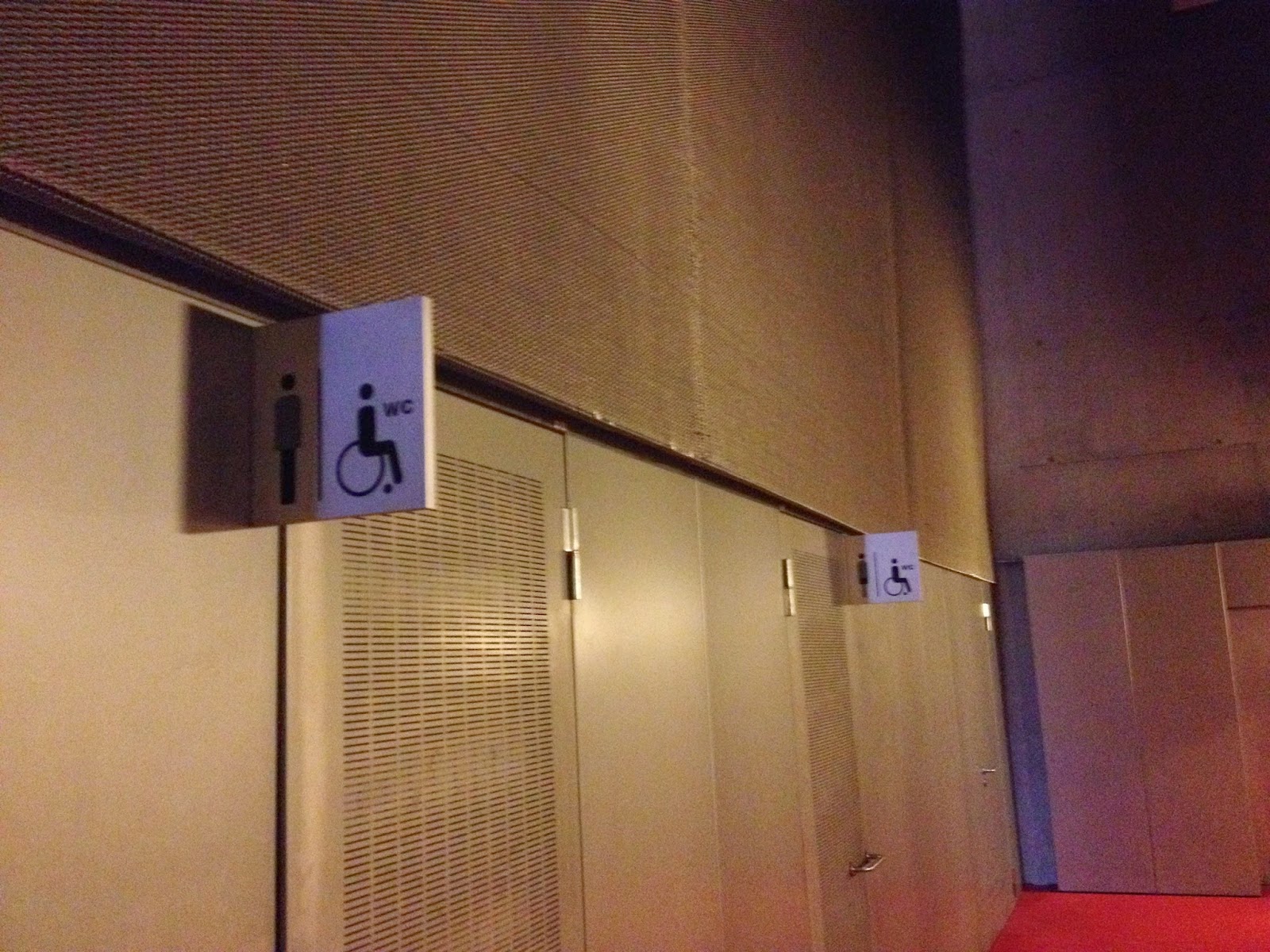 I left the library around 4:30 and had a cafe au lait nearby, thinking there was free wifi, only it was kaput.  It gets dark pretty early, around 5, so I headed to the Bastille to buy a daily newspaper and then take a walk before dinner.  Since most people don't eat before 7 pm, I spent an hour walking around the Marais, before settling on a place by the Pompidou Center.  Called "Dame Tartine," I ordered the daily special (lasagna) along with a glass of Chinon, and sat down to check my email (they had wifi). 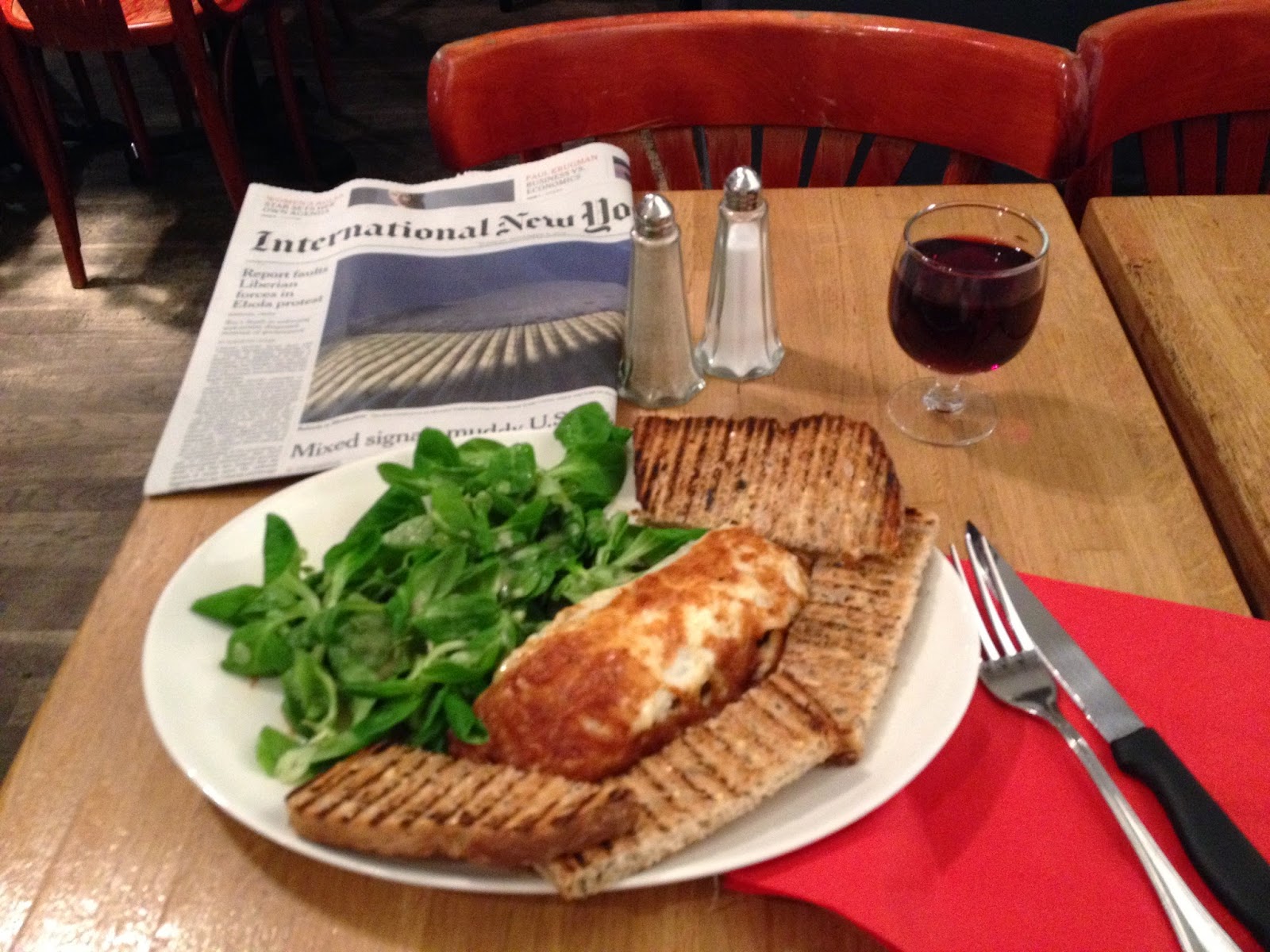 It was actually pretty good (I had my doubts about coming to France to eat Italian food).  I decided that since I had been very good about not eating a lot at breakfast or lunch or having snacks and walking at least two hours today, I could afford a nice dessert.  I ordered the gataeu chaud aux pêches avec coulis framboise along with a grande cafe creme. 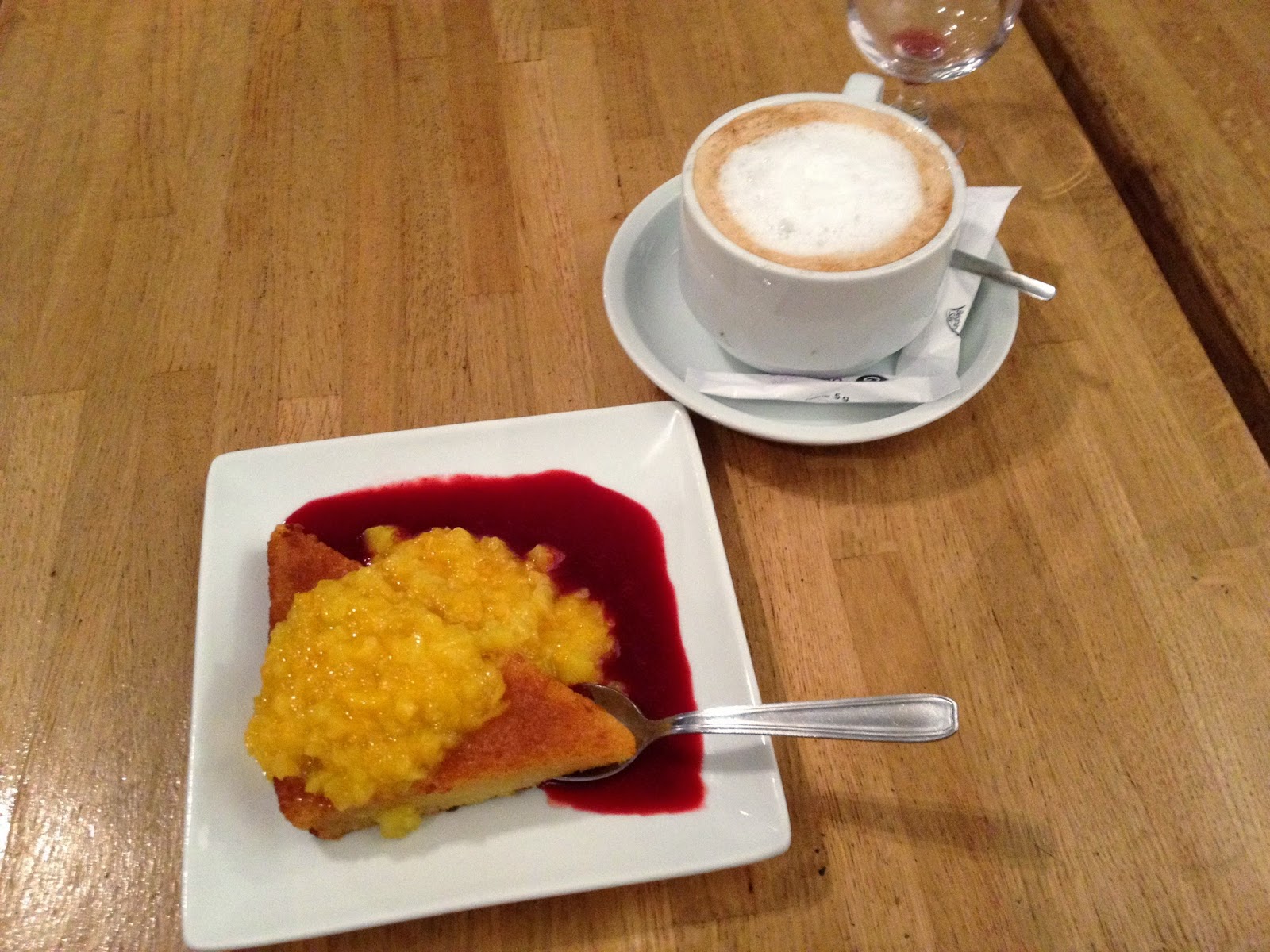 I think they microwived the gateau so it would be chaud, and the pêches appeared to have been canned and diced, but it was still pretty tasty.

Back at the hotel, they've turned the heat on in the room (via a radiator).  There's no thermostat, so I've opened a window so it won't be quite so hot in here.  I'm going to try to get into a daily sleep rhythm, so it's off to bed.