First Day in the Archives (sort of)

It was cold this morning, colder (slightly) than it had been in Paris. The Center for Jewish History doesn't open until 11 am on Sundays, so I went to Starbucks, bought the paper, and read for an hour.  After two weeks in Paris, I had forgotten how much larger the cafe au laix in America were compared to those in France.

I still had some spare time, so I walked down to Washington Square.  I was looking for the building in which the Triangle Shirtwaist Company fire took place, but I think I got turned around. The square was lovely and I heard some people pointing out one of the hawks that live in it.

The hawk was too small to come out, but I did enjoy the way the square looked in autumn: 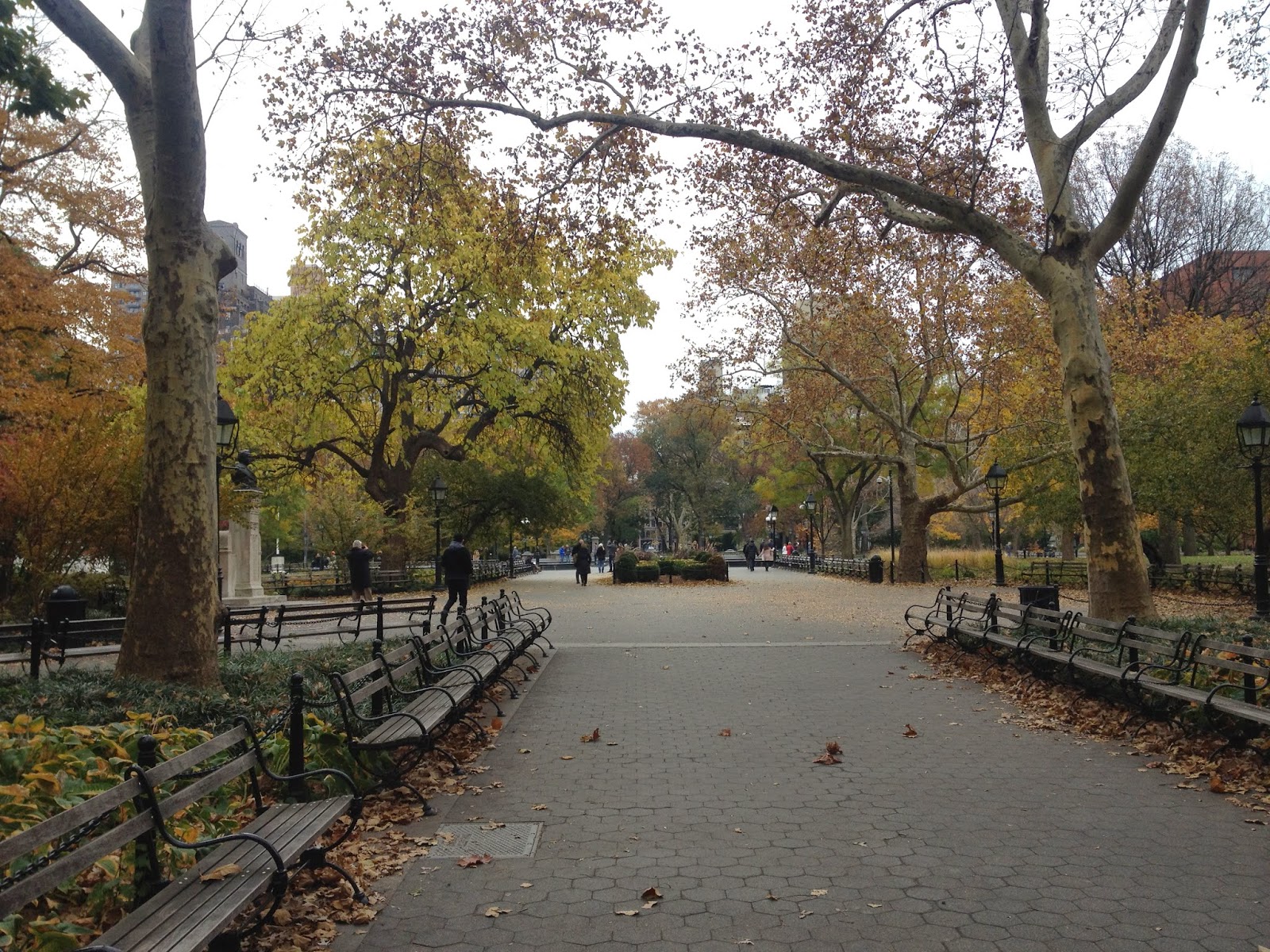 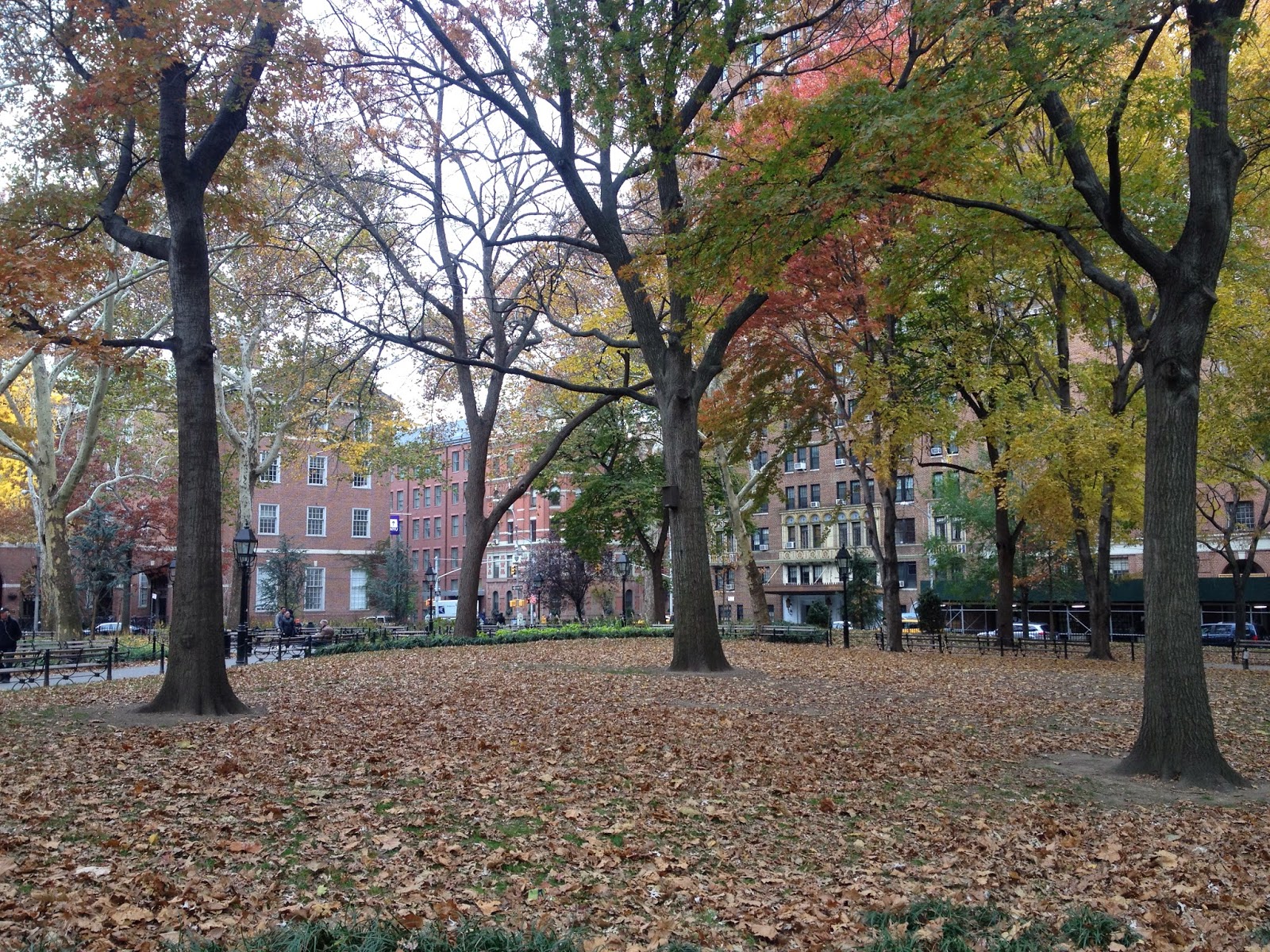 I arrived at the Center for Jewish History right after they opened and filled out all the paperwork.  Up on the third floor, they found the records of my last visit (in 2003) and reissued me a library card. Unfortunately, on Sunday, while the reading room is open, the stacks are closed. All I could do was fill out the forms for the books I want to read on Monday. 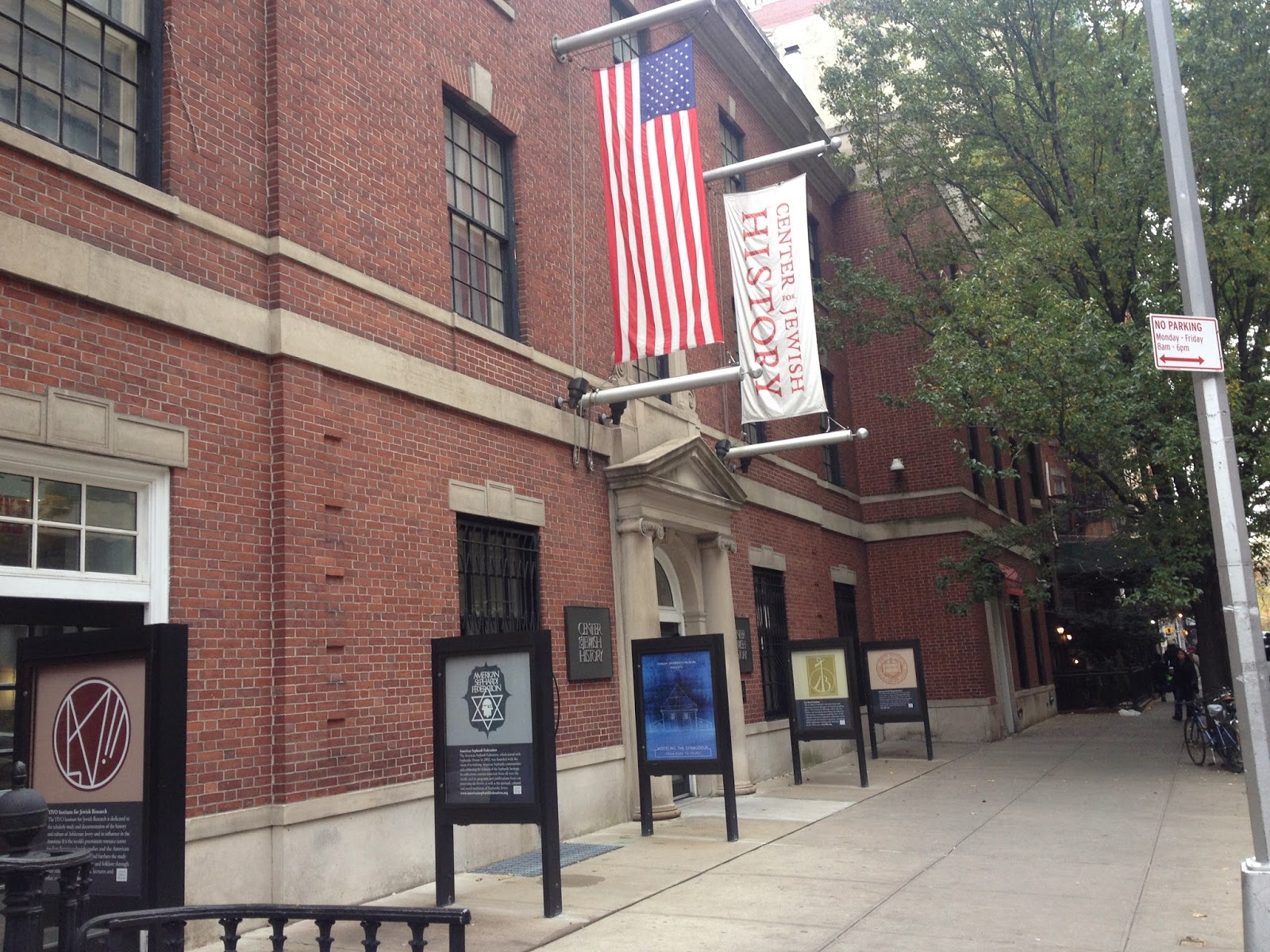 I worked for a while on my revised outline for a book on Graetz.  I pulled up the Encyclopaedia Judaica (2nd ed.) on him just to see how they cover his philological research (they don't) and saw that my dissertation was listed in the expanded bibliography on him.  I didn't remember seeing that before.

The Leo Baeck Institute, one of the constituent groups making up the Center, sponsored a panel talk this afternoon on Jews and Berlin Wall.  While waiting for it to start, I wandered around the YIVO library's exhibition.  I was pleased to see this journal, on which I published an essay a few years ago: 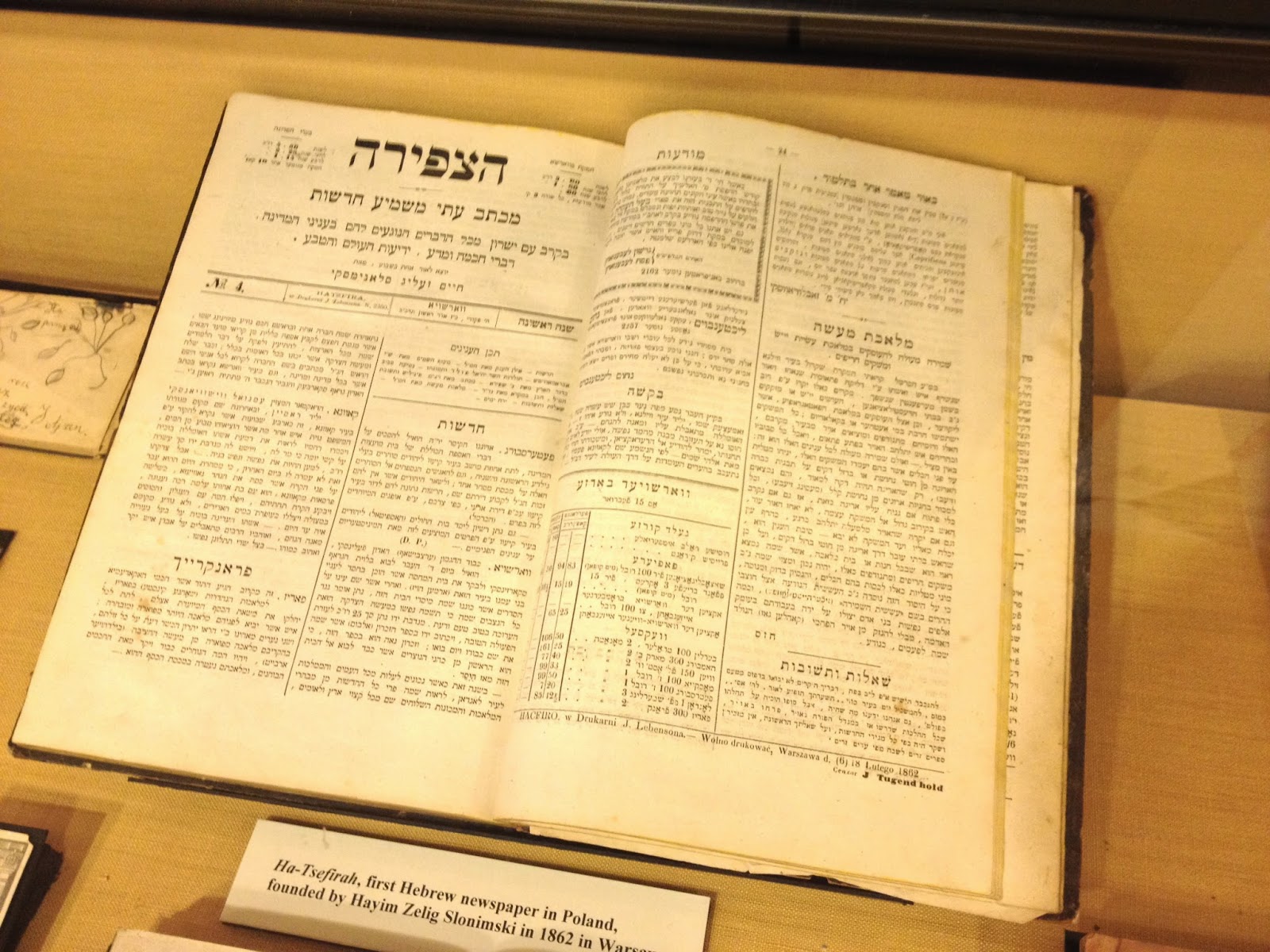 I also saw these documents relating to ORT schools: 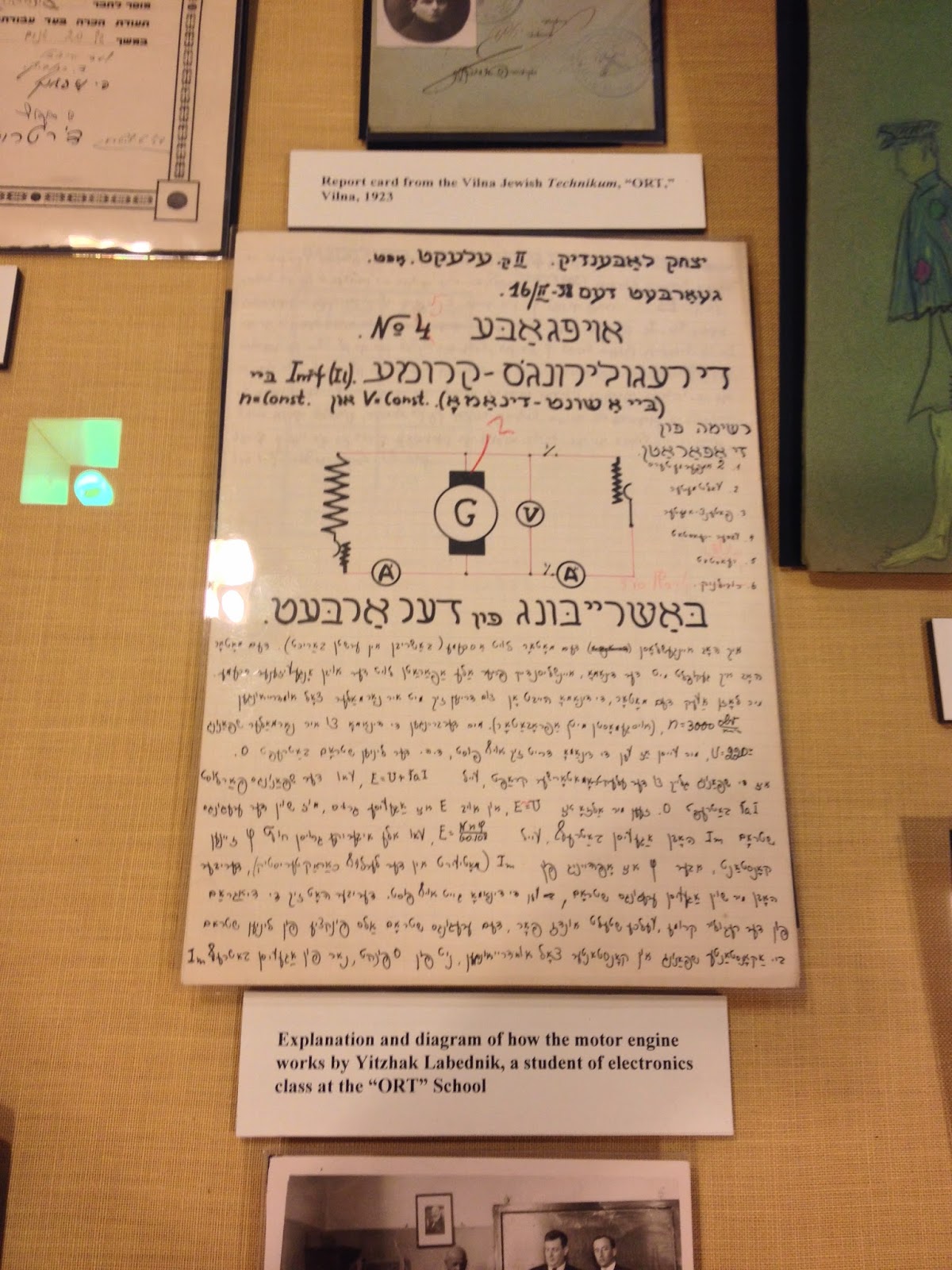 The panel was excellent.  Most of them just told personal stories about being Jewish on either side of the Iron Curtain, and how things changed when the wall fell. 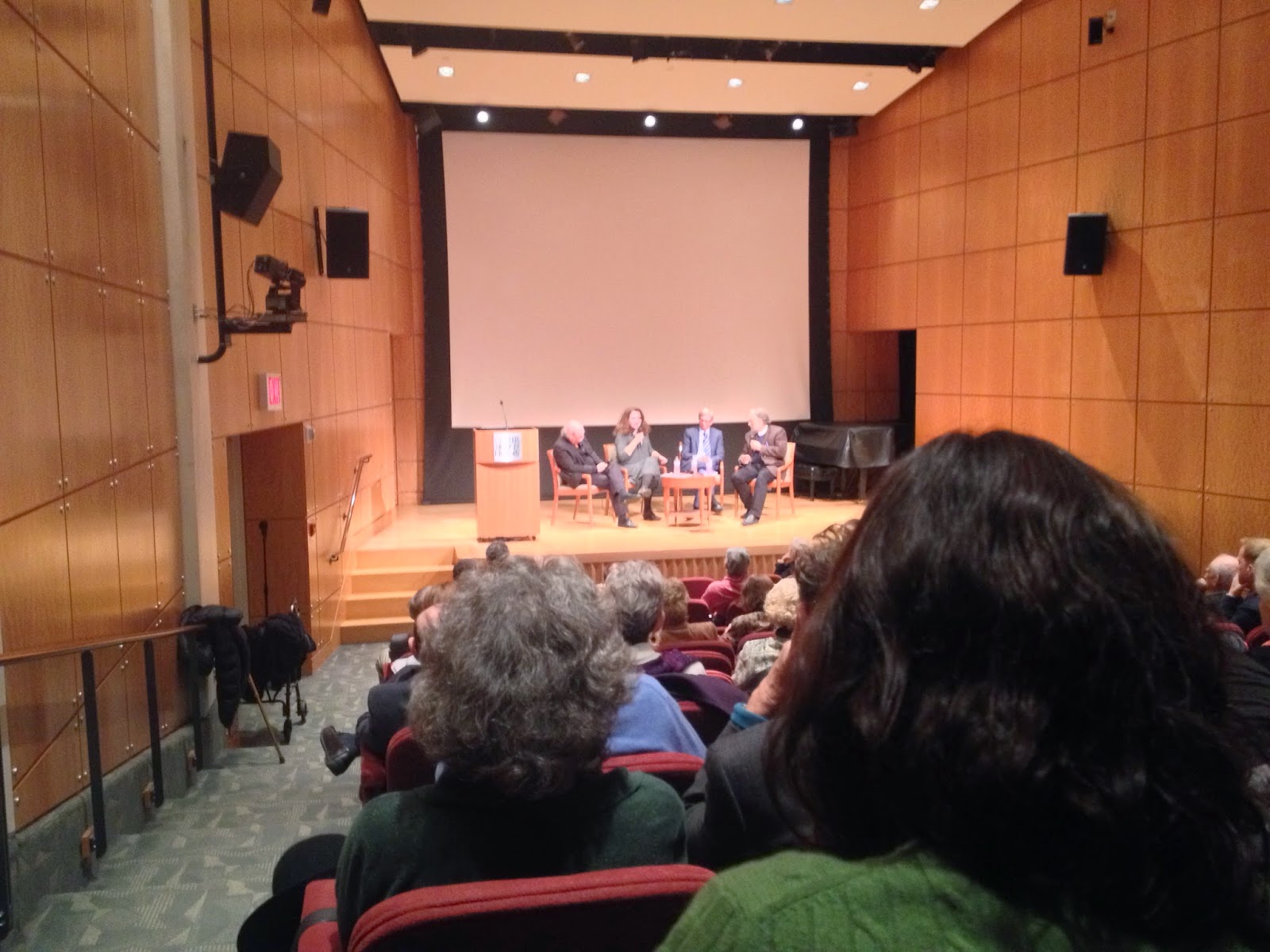 There were three panelists and a replacement moderator (whose name I didn't get).

Rabbi Dr. Andreas Nachama (such a German set of titles) gave the historical overview.  His father was cantor in West Berlin, but, because he held a Greek passport, could easily travel back and forth through the Wall.

Professor Liliana Weissberg was next and she told a lot of funny stories. I think she said she grew up in Frankfurt, and when she turned 18, she moved to West Berlin to attend college.  Most of the German Jews she grew up with were not actually German, in the sense that most of those of her parents' age, like her parents, were not born in Germany, but eastern Europe.  In Berlin, though, she met a few Jews whose parents had come from Germany (though most of those lived in East Berlin.

On Passover, she was invited to the home of a fellow student whose German parents had moved back to Germany after the war.  She was shocked that they had pre-war German china.  She immediately called her mother to tell her about it. 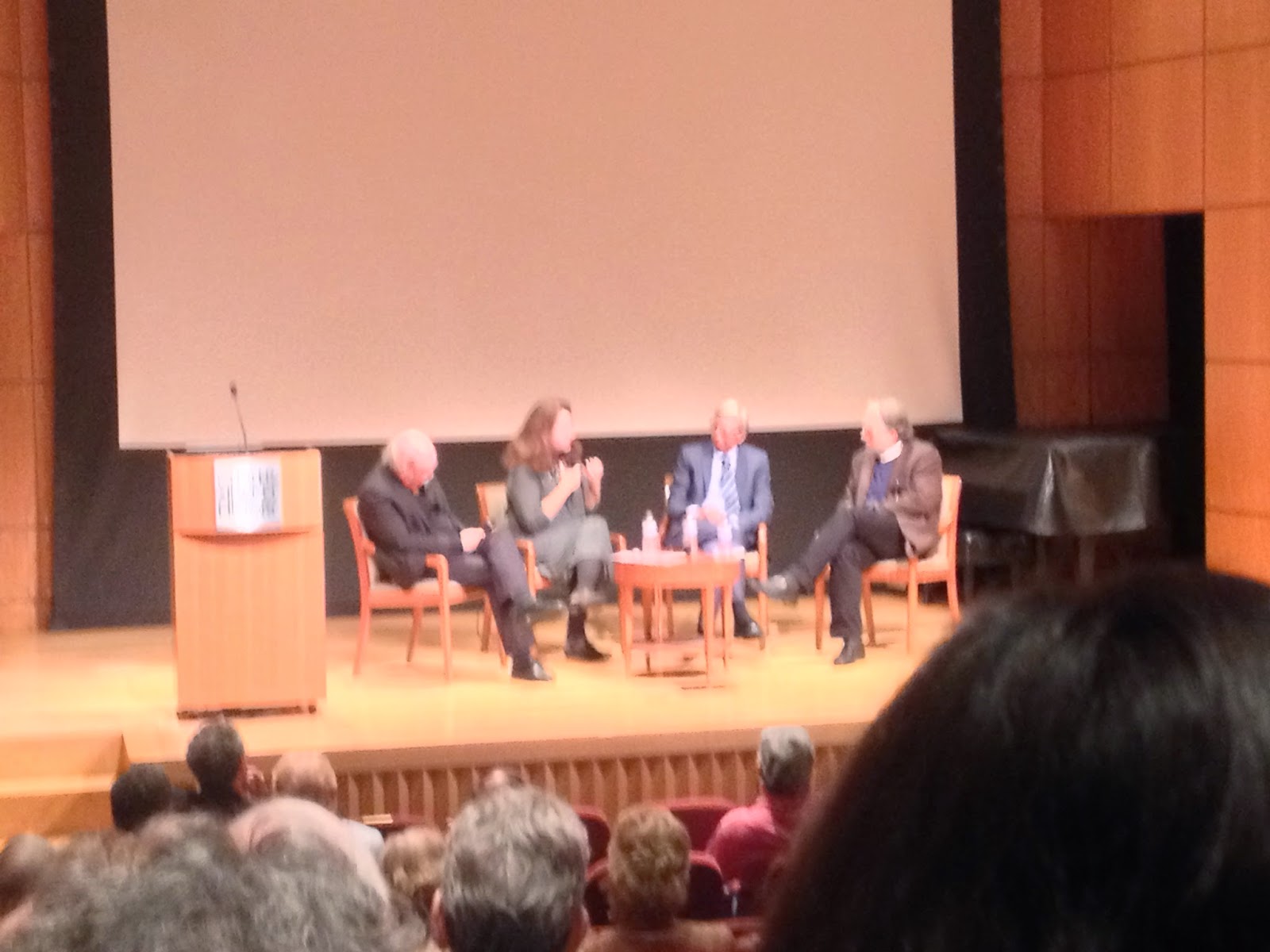 Later, when she was talking about all the Russian Jews who came to Germany at the end of the Cold War, she told another story about her mother.

Her mother survived the Nazis by hiding with false papers claiming she was Aryan.  When Gorbachev opened the flood gates to Jewish immigration, the only ones permitted to leave were Jews.  A lucrative business began to sell false papers claiming Jewish identity to non-Jewish Russians who wanted to leave.  Liliana's mother thought this was wonderful, that the situation had changed from Jews having to pretend to be Aryan, to non-Jews trying to pretend to be Jewish.

Professor Michael Brenner had a few stories too.  He grew up in a very small, rural village in Bavaria.  About a 1000 Polish Jews were liberated on a death march passing through there and some, like his father I think, ended up living there.  It was 10 miles from the Iron Curtain.  Michael was the only Jew in his school room.  The only other one, he said, was hanging from the crucifix on the wall.

Afterwards, I met an acquaintance from LA who is moving back to New York.  Then I headed up town to meet my uncle for dinner.  I thought this picture of him came out the best: 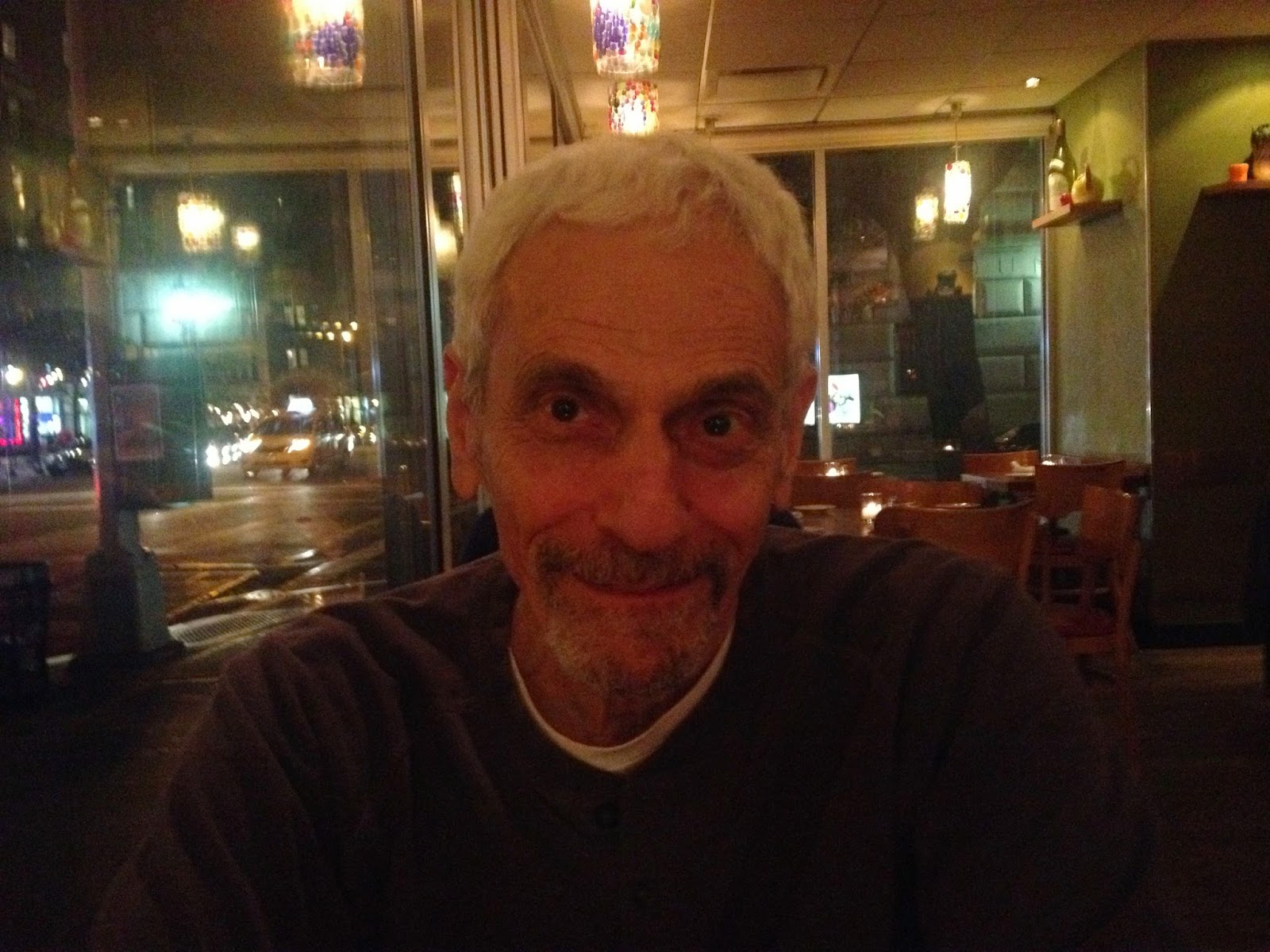 He preferred this one, however: 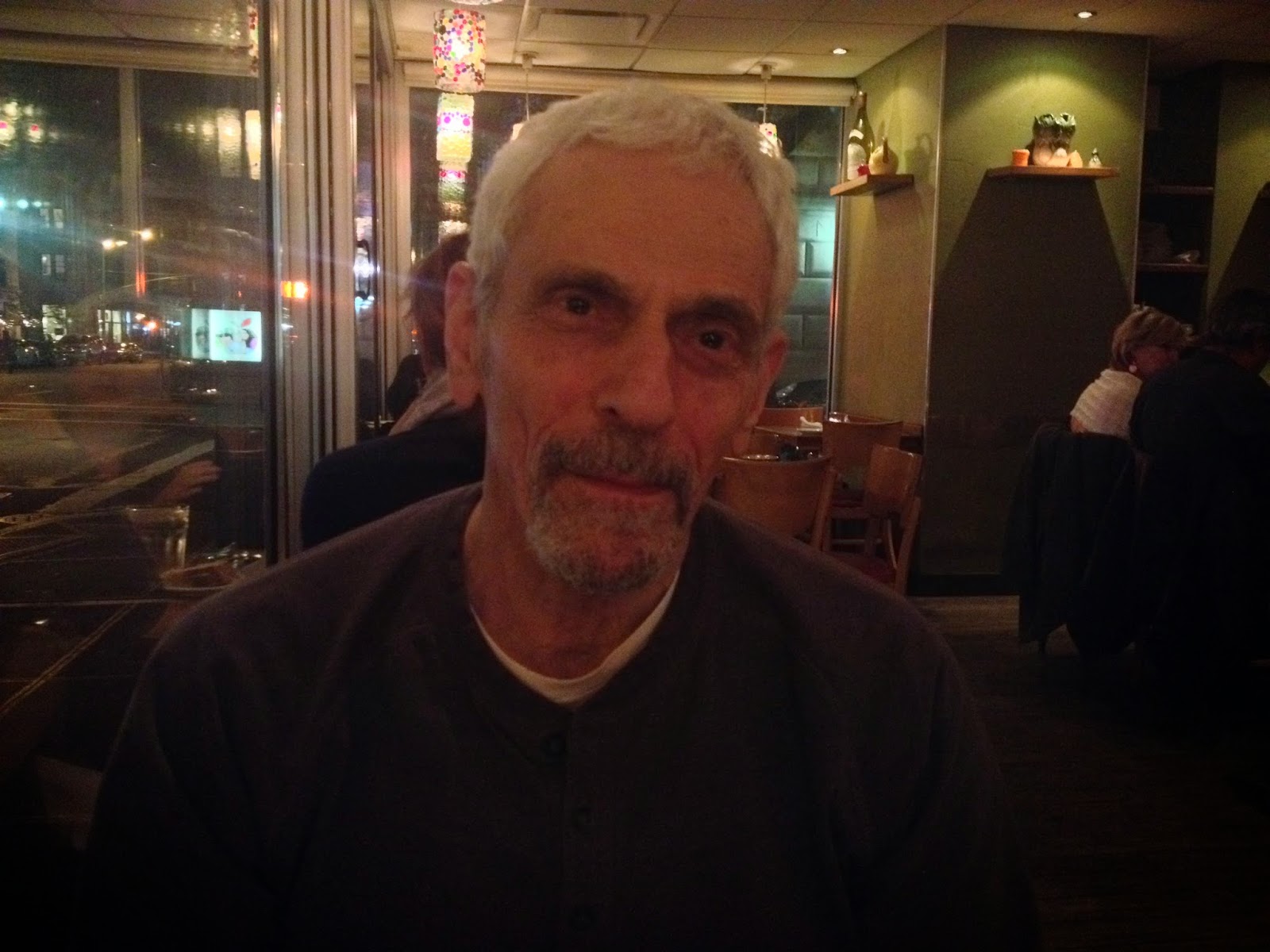 Tomorrow I go back to the archives and get started on the real work.  Now, to do some laundry in the sink before bed.
Posted by J.B. at 6:58 PM