Today was always going to be a very easy day.  We've had a really intense four days since we arrived in Krakow, and we've had a very intense three weeks in Europe. The students (and I) deserve to end on a good note.

With such a light day ahead of us, I managed to sleep until almost 7, which is unheard of given that the sun rises before 5 am here.  I had reserved tickets to see Leonardo da Vinci's Lady With an Ermine, so no waiting for 45 minutes in line.  I still had to find the ticket office, as there are four different ticket offices at Wawel Castle. 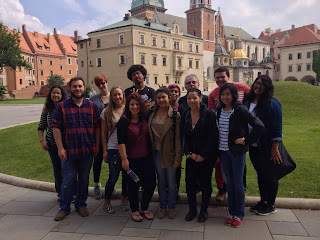 A group photo of the students in front of Wawel Cathedral.

It was a short walk to the castle, formerly home to the kings of Poland (and the Nazi governor of the General Gouvernment, Hans Frank).  The students loved the heavy marble floors and stairs and the heavy doorways to the palace.  Up on the second floor above ground we had close up views of the dragon shaped rain spouts.

Lady With an Ermine used to be displayed in the Czytorski Museum, which has been closed for renovations for over 6 years now.  When I saw it there, I was often the only person in the room with it.  It's a little more prominent at Wawel Castle, but we were there early enough that there were only 2 or 3 people present.  It's a great opportunity to be essentially alone with such an amazing painting (particularly when you think of its sister, the Mona Lisa, hanging in the Louvre, surrounded by throngs pushing and flashing at all times. 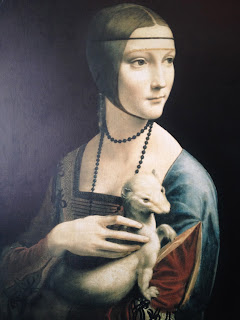 They don't let you photograph the original, but you can photograph the duplicate on display in the adjacent room with all the history of the painting.

From there we started a walking tour of the synagogues in the former Jewish neighborhood of Kazimierz.  Former, because in 1941, the remaining Jews in Krakow were deported across the river to the Krakow ghetto, and those Jews still alive in 1943 were murdered in Auschwitz-Birkenau.

In the Remuh Synagogue, the broken tombstones were collected and became the wall surrounding the repaired and restored grave yard. 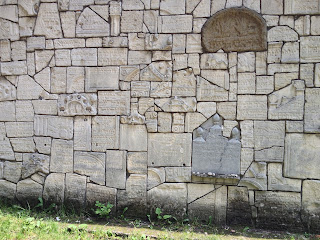 The last synagogue we visited with the High Synagogue (called that because it was on the first floor above ground).  The space is now dedicated to an exhibition of Jewish women in Yiddish culture. 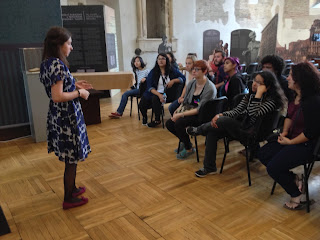 This marked the formal end of the class.  I sent the students on their way (until dinner) and I went to the old city for lunch at a rather kitschy restaurant. 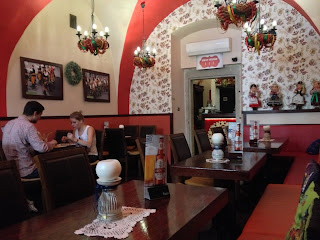 I generally order Polish food in Poland so I can try new things.  I've never ordered chinese in all my many visits to the country.  For lunch, I started off with an excellent mushroom soup. 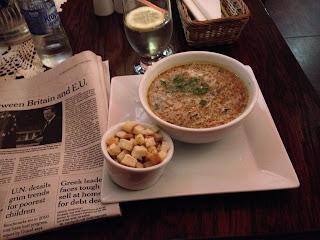 Ever since I first came to Poland in 2006, I've read about bigos, the famous Polish stew, with chicken, beef, sausage, and cabbage.  I finally tried it.  It's okay. 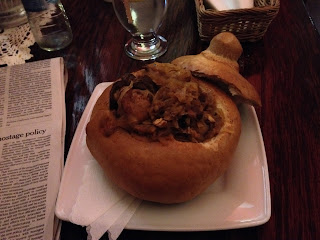 I went next store for dessert and ordered the kremowka, which was absolutely excellent. 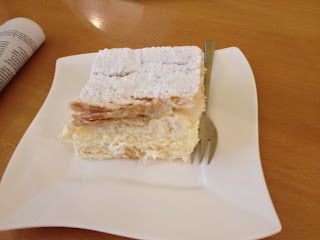 After making some souvenir purchases, I went up on the roof of the Sukennice to watch the view, read the paper, and drink a latte machiatto. 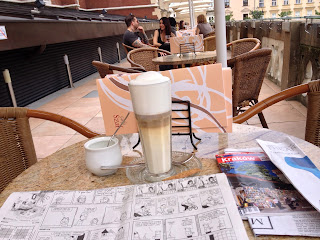 After a relaxing three quarters of an hour, I headed back to the hotel.  On the way, I saw that they had set up small stands in the small rynek.  Basically, it was pork heaven (lot's of dead pigs). 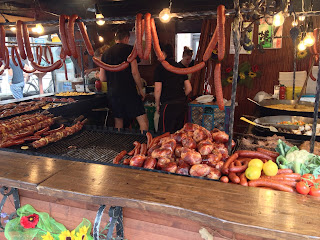 Spent the afternoon making arrangements to return to Los Angeles tomorrow.  Then we had our farewell dinner at Szara Kazimierz, which is the same restaurant I've used the last two times. 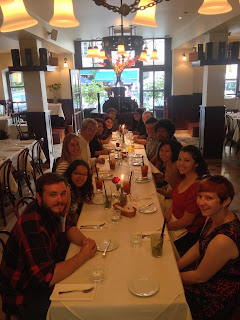 I ordered my usual:  the plankstek 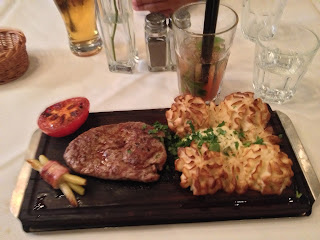 I also think I ordered the same dessert as last time:  the mille feuille 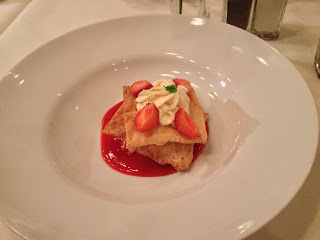 It's layers of puff pastry and sweetened marscapone with raspberry sauce. 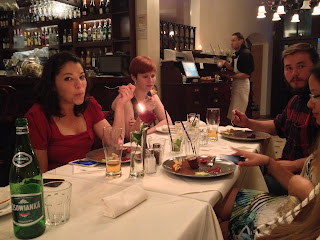 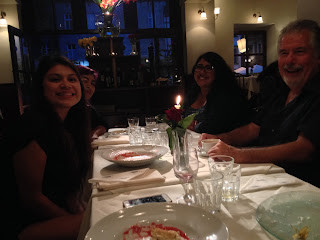 The students all had a great time, and they gave me a present: a bottle of advocaat!  I think the trip went well and perhaps I can finally relax.