Slept well in the room.  At first I thought the hotel was somewhat out of the way, but it turns out to be a little bit better location than our last hotel.  Nice breakfast buffet as well and A/C, so yes, I think I’ll book here again.

Last time we took public buses from Lublin, but that didn’t work out very well; the buses were small, people didn’t queue up, and we had to struggle to get on.  This time, I chartered a bus.  Our trip today to Kazimierz Dolny went far easier than last time.  He met us in the lobby, drove us to the town and dropped us off right next to the main rynek (square). 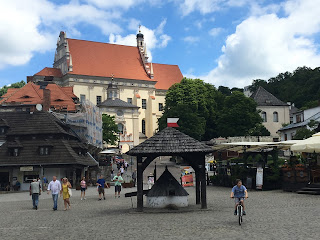 Kazimierz Dolny is a market town.  In its heyday, it controlled a fair amount of Poland’s grain trade with the Baltic, and the many of the older buildings in the city center date from the Renaissance.  In the years before the war, about half the town was Jewish. 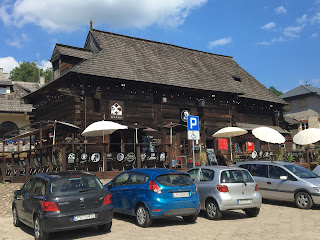 I gave the students a brief orientation tour:  the main rynek, the small rynek (which was the Jewish square), the church, the ruined castle (captured in the Swedish invasion of the 17th century).  We took a short walk out of town to find the Jewish cemetery.  During the Holocaust, the Nazis created a ghetto in Kazimierz Dolny and destroyed the cemetery by taking the tombstones and using them for paving and construction materials.  In 1984, some of the broken tombstones were recovered and a memorial wall was formed out of them. 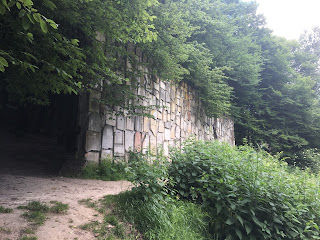 Despite the many flying bugs that pestered us, I led a short discussion about what we experienced yesterday at Majdanek.  I need to give the students a chance to talk together about it.

After that we walked back to town.  By now it was 11:30 and I gave the students the next 4 hours to shop for souvenirs, go to the church, walk through the hills or along the river, or climb up to the ruined castle. 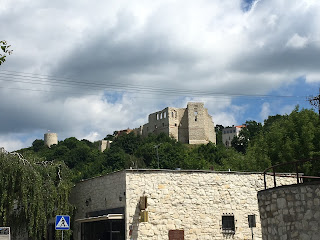 I went to eat lunch at a “Jewish-style” restaurant I had visited once before in 2006.  I call it “Jewish style” because it’s not really Jewish.  For example, the appetizers consist of rye bread, sour dill pickles, and lard with fried onions. Some of the students came in and one ordered the roast pork knuckle.  The decorations were all wood paneling and early 20th century chairs; the music was from the 1980s. 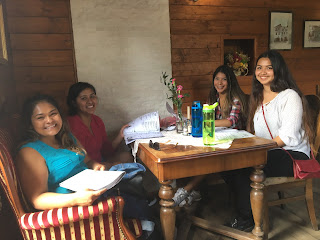 I got the stuffed cabbage and mizeria (cucumbers with dill in sour cream); it wasn’t bad. 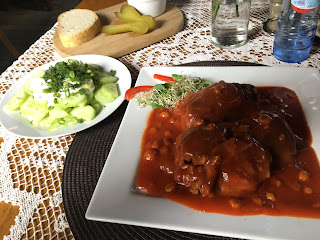 Afterwards, I headed for a walk out of town and down the river to the ferry.  Initially, I had hoped to make it across to the castle, but there wasn’t time.  I saw some lovely houses and listened to the birds in the trees. 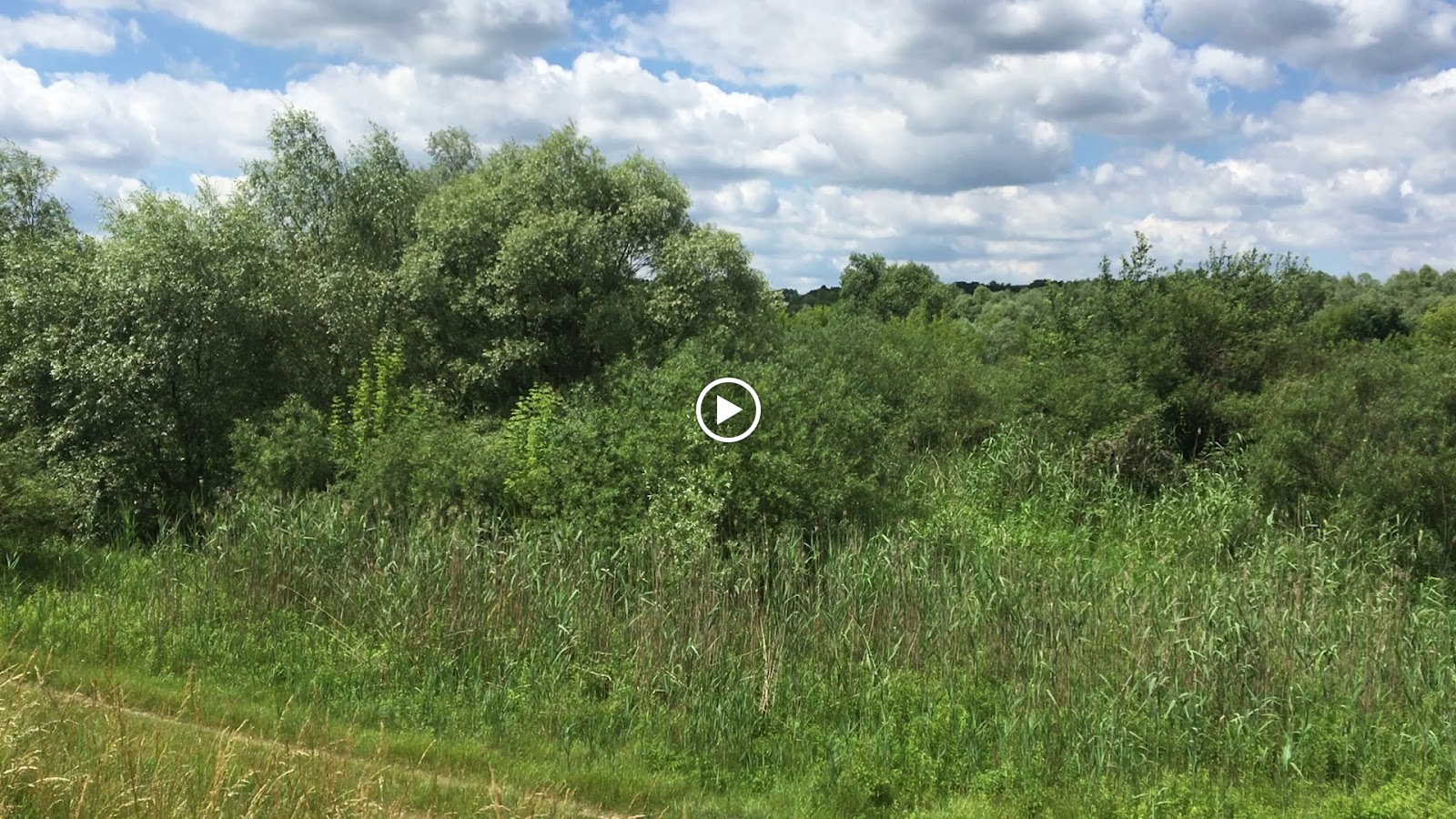 I take students to Kazimierz Dolny for three reasons:  1) it’s a mini mental health day between the very heavy days of visiting Majdanek (yesterday) and Belzec (tomorrow); 2) it’s important that they don’t only see the dark side of Poland; and 3) they need to understand why Jews loved Poland for nearly 1000 years.

Because Jews did love Poland.  Kazimierz Dolny is exactly the sort of market town where most Jews lived.  Most of the Jews who lived here were very poor, but they loved the town, the river, and the countryside.  It’s important for the students to understand that the Holocaust was imposed on Poland by the German; it did not spring up from the soil.  Polish-Jewish history is more than six very bad years.

After I got back from my walk through the country side, I stopped by a famous bakery in town for a snack.  They had a strawberry menu, so I ordered the strawberry cheesecake and strawberry lemonade.  What I got tasted a lot more like strawberry mousse and strawberry smoothie.  The cake was good, but I would have appreciated something colder and more tart to drink. 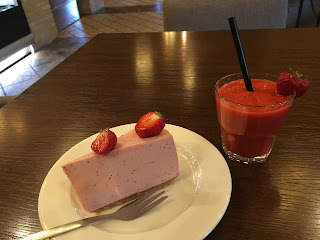 Tonight when we got back, I took a nap for an hour.  When I woke up and went downstairs, I saw what seemed like thousands of Swedish fans heading to the stadium for tonight’s game.  At least two dozen were partying in the hotel’s restaurant. 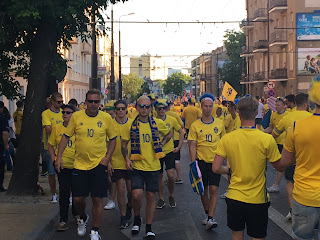 I joined some of the students in the Stare Miasto (old city) to watch the game.  We were all rooting for Poland, and at first, the game went Poland’s way.  Later, though, the Swedes recovered.  It looked pretty grim for Poland, but they managed to score a second goal late in the game to tie it up.

I think this is the best possible scenario for us tonight here in the hotel.  Hopefully, the Swedes won’t be too riled up from either winning or losing to go on a noisy rampage.

Tomorrow we leave at 9 am for our two hour drive to Belzec.  I’ve warned the students that there is no food for purchase in or near the memorial (nor may food be eaten inside the memorial) and I’ve urged them to pack a lunch.
Posted by J.B. at 3:10 PM