Tuesday night was rough because of heavy swells from the north. That meant all the landings that day were difficult, none more so than the one we made on Santa Cruz Island.

Step 1: Approach the beach in reverse 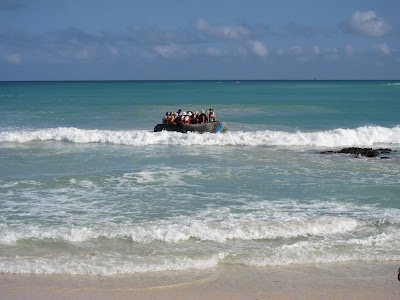 Step 2: Get as close to the beach as possible: 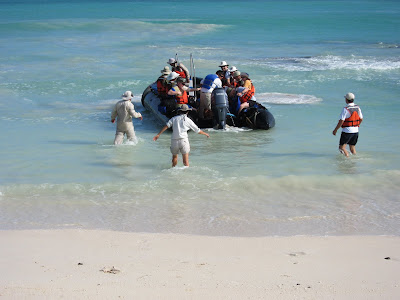 Step 3: Passengers jump into the water as quickly as they can and make their way to shore: 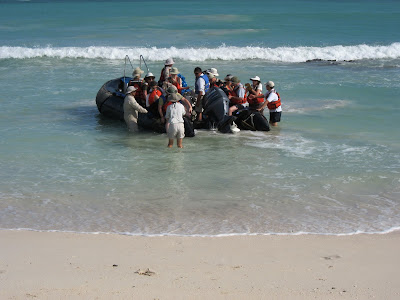 Prickly pear cacti in the Galapagos grow differently, than in other places. Here they can grow up in order to escape the depredations of iguanas and tortoises. 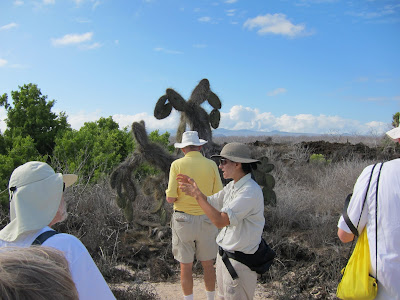 This portion of the island is known as Bachas Beach, after the barges the U.S. military left rusting on the island after WWII. 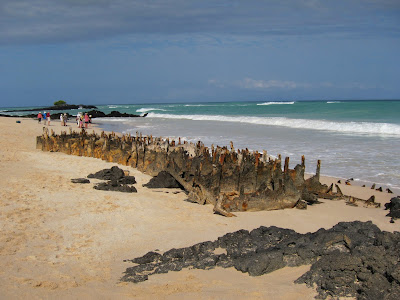 As it happened, there weren't a lot of birds in this area, just a few lava gulls and a flamingo. Dad was disappointed with the excursion: 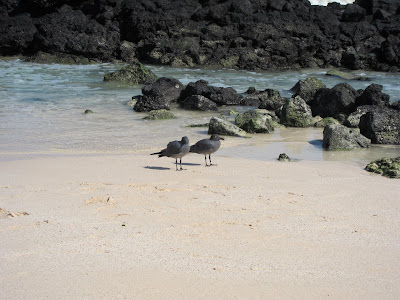 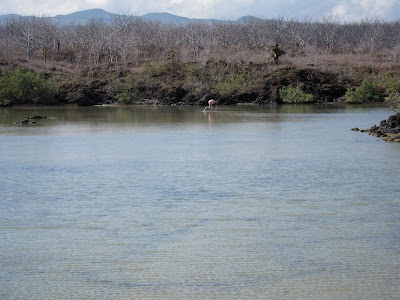