This island has recently (in geologic terms) been formed by a very active volcano. As with Santa Cruz, we had a rough landing. It was (barely) dry: 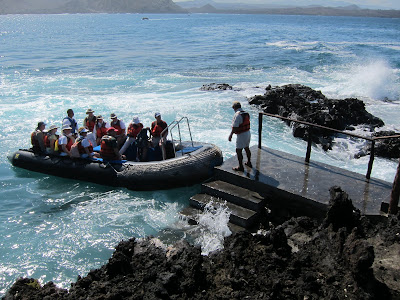 Because the island is so new, it has very little vegetation: 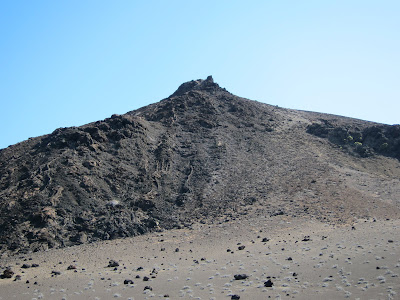 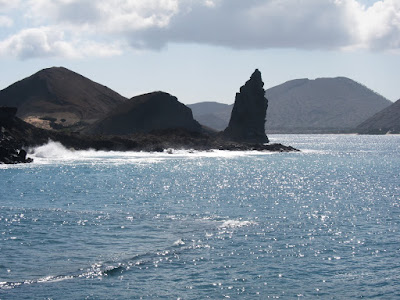 But we could see not only fields of frozen lava, but also "lava bombs," like this one: 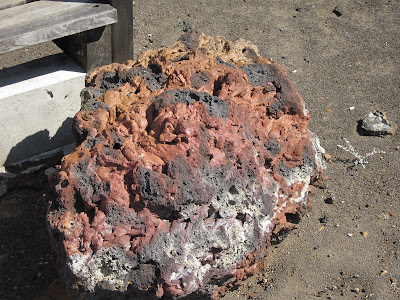 This cactus is one of the pioneer plants, which are the first to establish themselves on newly cooled lava. Over a 100,000 years, it will break down the lava to become soil: 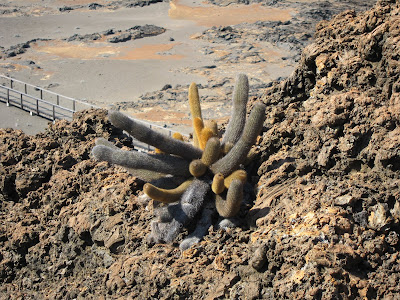 The lava moonscapes were fantastic: 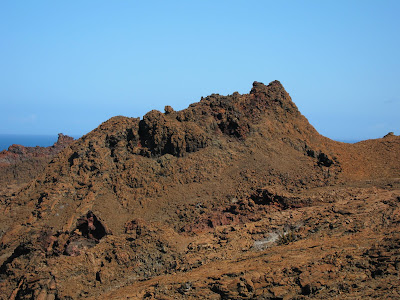 I worried about dad on this hike more than any other, but he was fine: 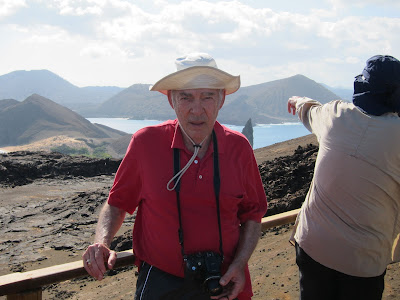 From the summit there were great views.

1. Of the ithsmus where the sea turtles lived and the rocks beyond where there was a colony of penguins: 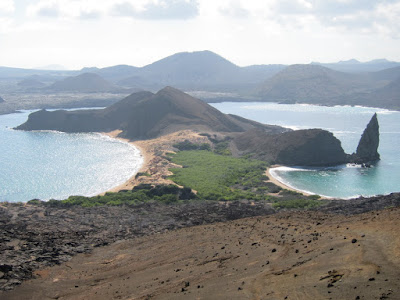 2. The underwater caldera by the landing point: 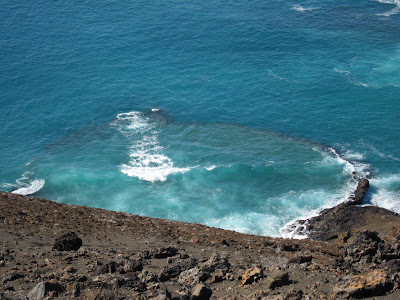 3. Nearby Santa Cruz island, which was nearly joined to Bartholomé in the last eruption, which left the field of lava in the distance: 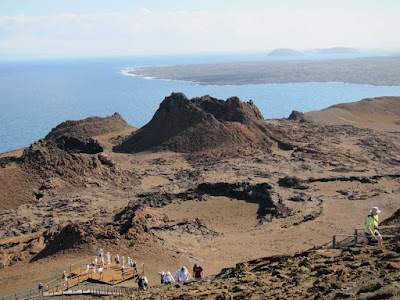 Back on board the zodaic, we went in search of penguins. There are about eight penguin families on Bartholomé; we found three of them:

The first (the smallest is their child): 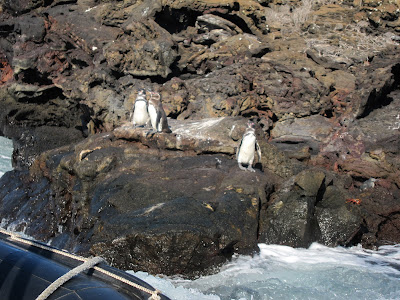 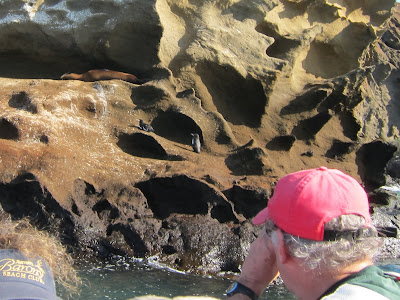 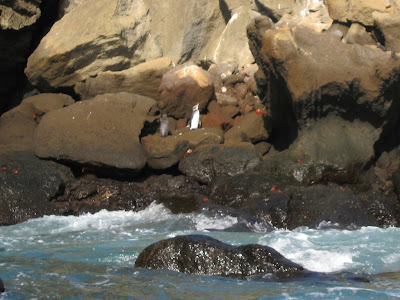 We also examined the wild geology of the place: 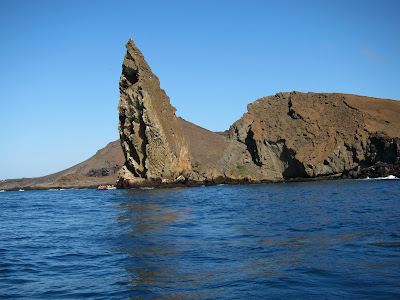