We returned again to Santa Cruz Island for an afternoon hike to the top of Cerro Dragon (a hill named for its resemblance to a sleeping iguana).

We had a dry landing on some rocks by a lagoon: 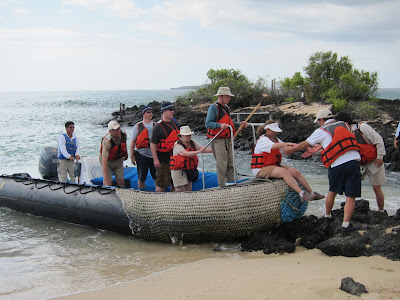 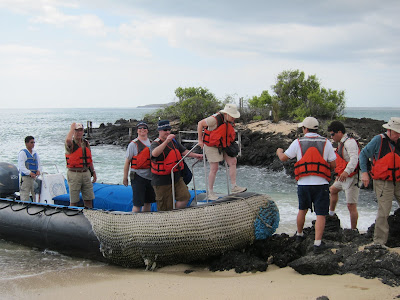 (a nice shot of Dwight and Simon).

I thought this was Cerro Dragon 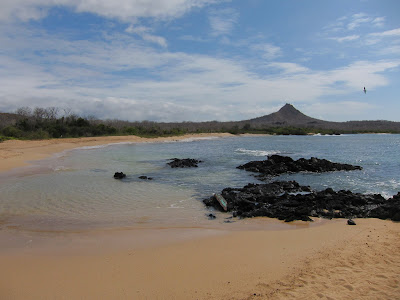 but, we actually went up a much smaller one.

Five minutes from the beach we found marine iguanas, 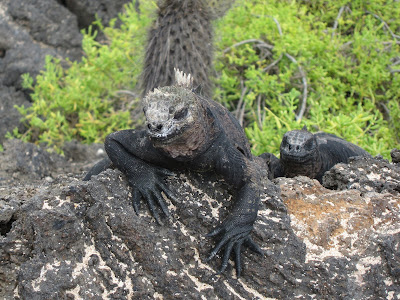 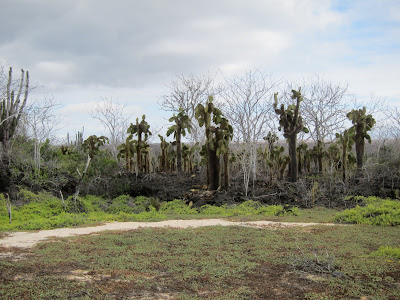 a brackish lagoon with flamingoes, 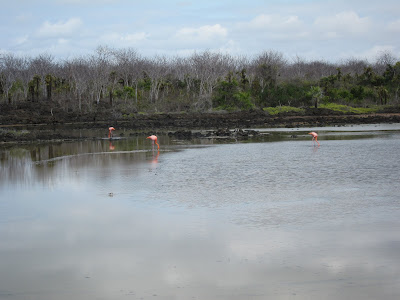 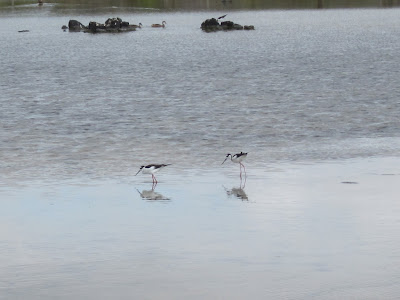 This picture of a bird on the path should give you an idea of what the lava trail was like. 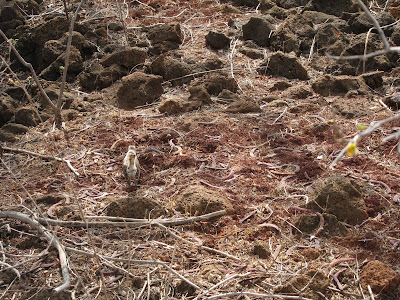 As we moved inland, the trail got much hotter. Particularly as these palo santos trees had not yet begun to sprout leaves 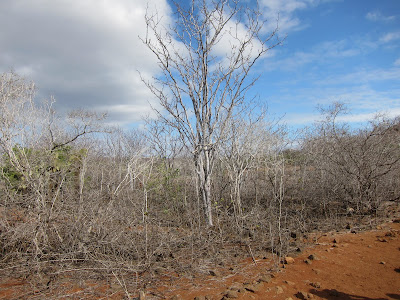 As the trail reached the base of the hill it got smoother, and we started to see the large land iguanas, like this male, lying next to the trail: 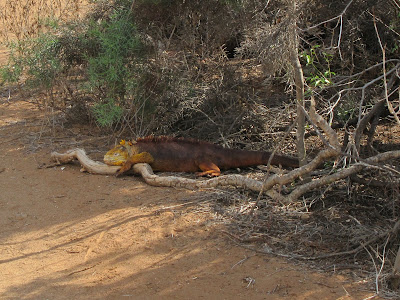 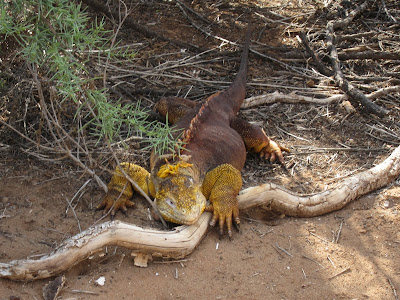 Right above him was a yellow warbler: 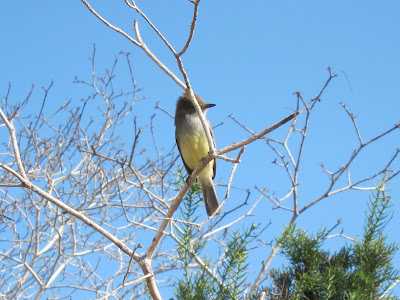 From the top of the hill we could see the ship and the bay where we landed: 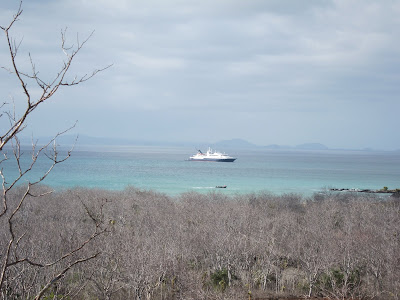 On the way back down we found more land iguanas on or near the path: 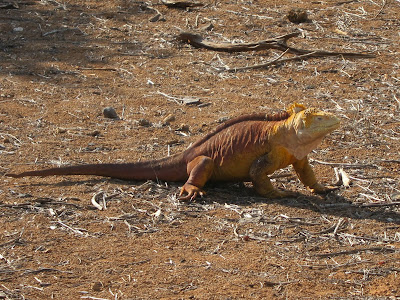 This one darted into his hole (on the left) after I got just a little too close: 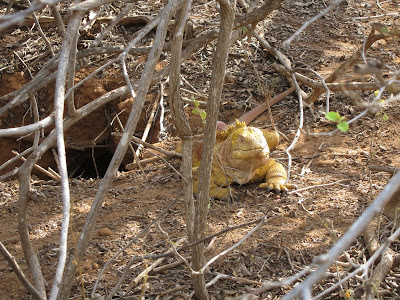 And these two iguanas were courting, with the male (closer, on the left) slowly circling the female and waiting to pounce. 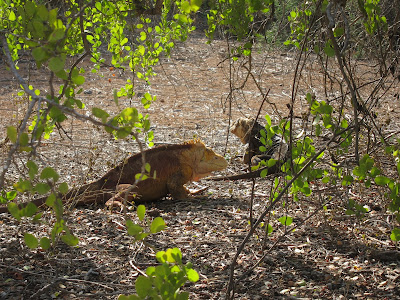