Our last full day in the Galapagos, we visited Puerto Ayora on Santa Cruz island. Our first stop was the Charles Darwin Center to see the giant tortoises in their breeding program. At one point there were close to 250,000 of these tortoises in the islands. Now their population has been restored to about 15,000.

We started off by looking at the babies, 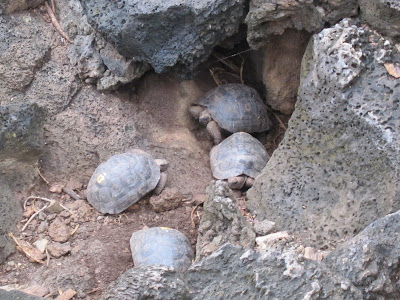 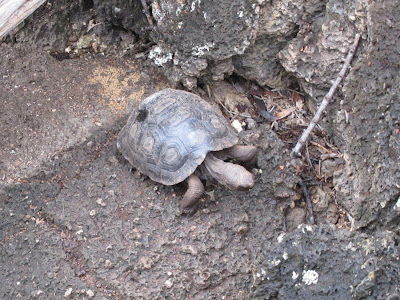 The we moved on to see their adults, who are part of the project for promoting tortoise reproduction: 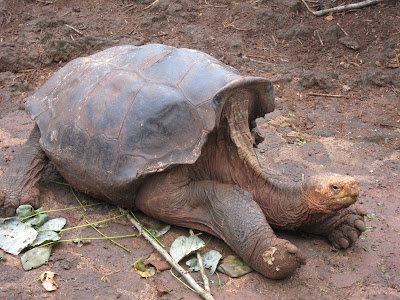 Galapagos land tortoises have no teeth: 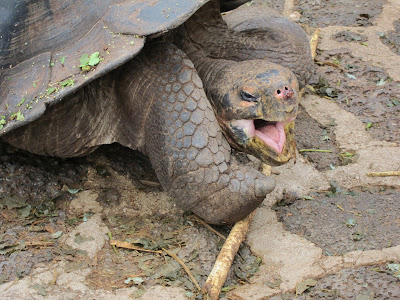 We had no problem getting quite close to them: 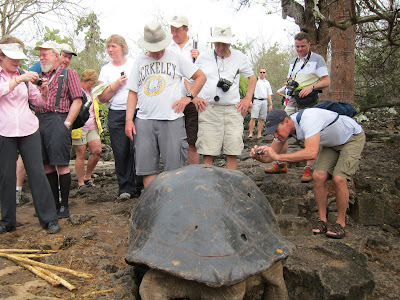 (From left to right: Jerusha and her husband John [in the knee-high socks], just behind him Bill Daley [retired from ASU], I can't remember the names of the next two women [but the one with the yellow windbreaker often commented to me how impressed she was with dad's stamina. Dad thought the guy with the Berkeley shirt had Norm Fisch's sense of humor. The guy to the right of dad with the large camera was from the French speaking part of Belgium, and the guy bending over was Mark from Houston).

After much imploring, dad took my picture with the tortoise: 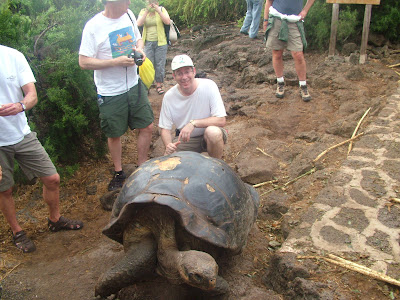 In the afternoon we went up into the highlands to see the tortoises in the wild: 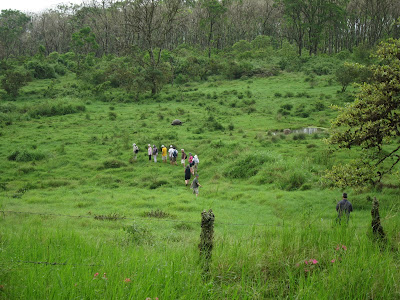 As before, we could very close: 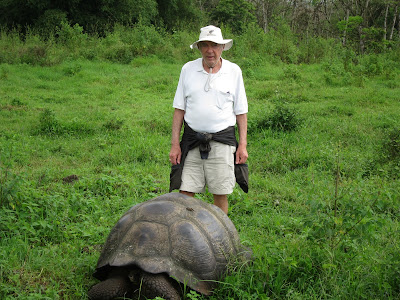 This tortoise felt threatened by all the people standing behind it, so it pulled in its head and hissed at us. 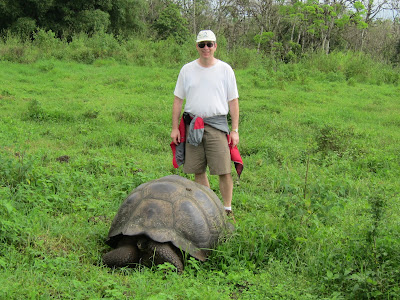 Just after I left, this tortoise went head to head with the one next to him. 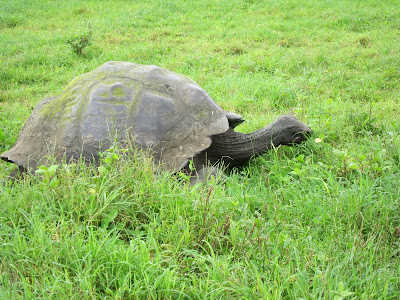 After seeing the tortoises, we went inside some lava tunnels near by. 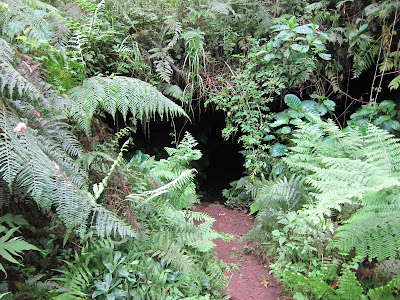 We could see inside because part of the roof had collapsed 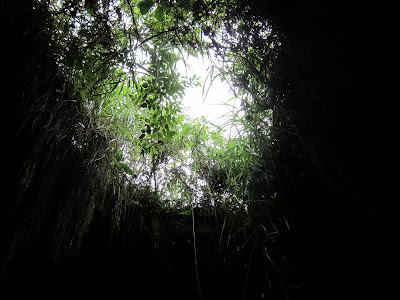 This should give you a good idea of the vegetation in the middle part of the island, half way up from the coast: 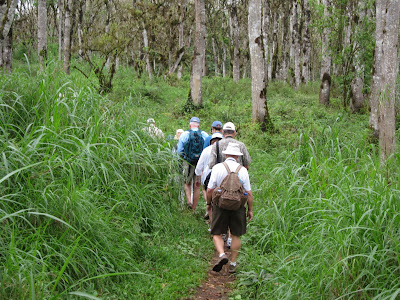 I asked dad if he thought it was humid, but he said "no." What he meant was that he wasn't bothered by the 90% humidity. 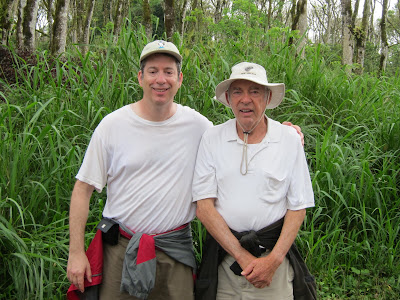 Puerto Ayora is one of the largest towns in the Galapagos. It has a harbor: 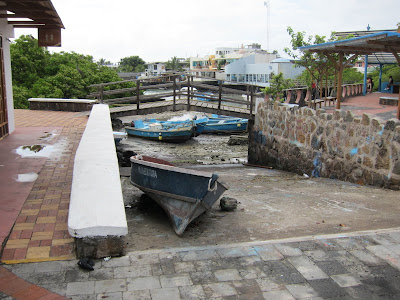 and a fairly interesting fish market: 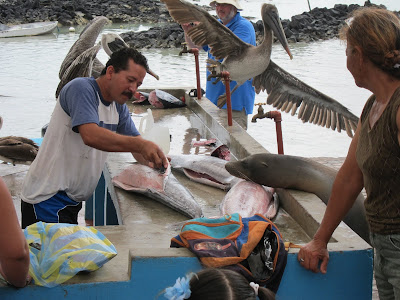 (that's Victor in the back in the blue shirt. He and his wife Ann brought their college-aged daughter and graduate student son on the trip with them).

I particularly liked the way the sea lion wanted everyone to know that this was his fish. 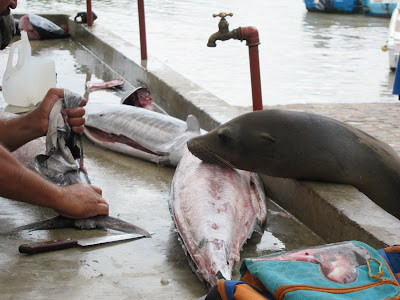 As we left for the ship, we passed what looked like a pick-up volleyball game, right by the docks: 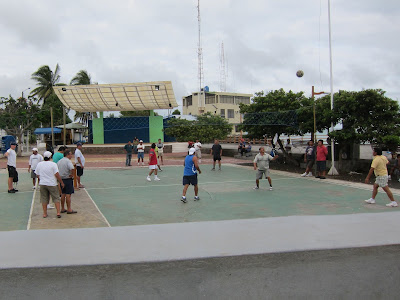