I've downloaded all the photos from the trip and now I'm going through them and editing them. Here are a sample from the afternoon we spend on Española Island.

Here are two close ups of marine iguanas (they call it the "Christmas Iguana" because of its coloration: 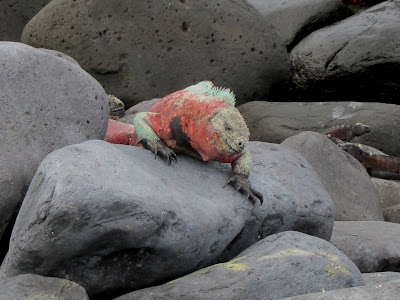 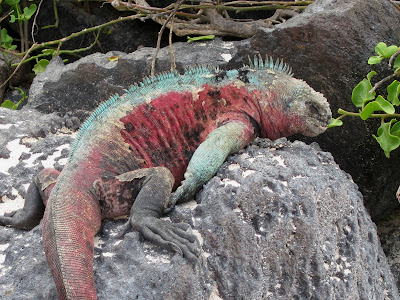 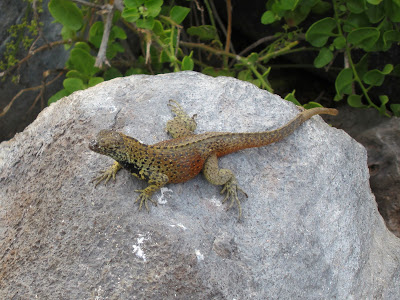 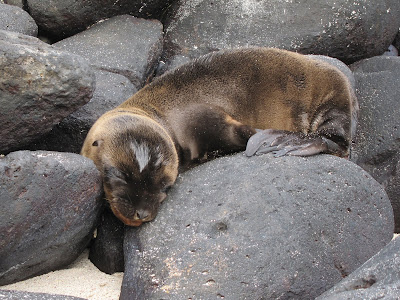 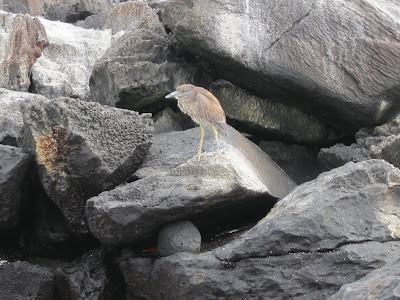 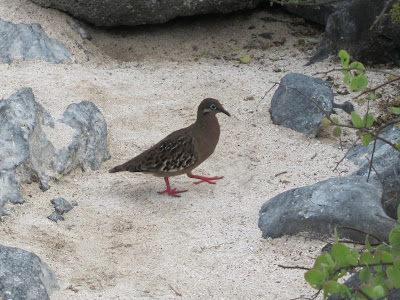 My father and I by some marine iguanas: 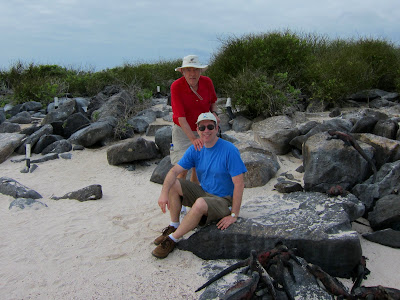 A male nazca boobie and chick (the chick is only a few day's old and is still naked): 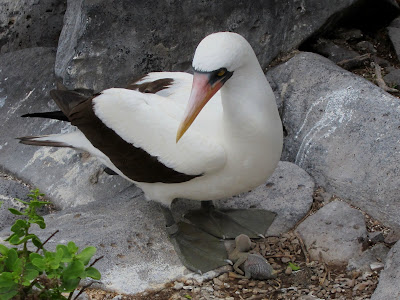 Here's a nazca boobie with an older chick, who already is covered in down: 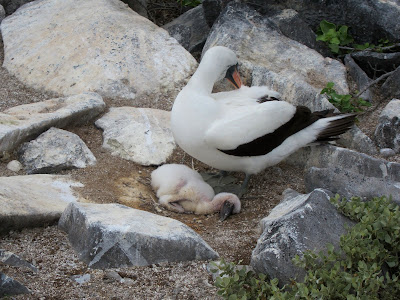 I convinced our naturalist to take a group photo of us (we were one of six or so groups touring the island from the boat): 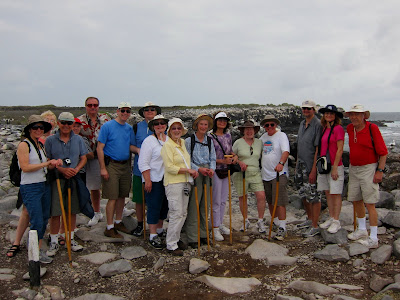