This is the day we saw the flamingoes, sea turtles, and penguins.

Here's a good example of the volcanic sea scapes we saw: 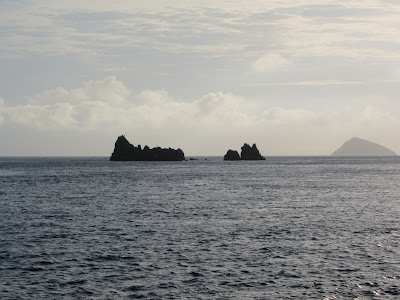 When we landed on Floreana, we came to this brackish lagoon, a five-minute walk from the beach, where we could see flamingoes: 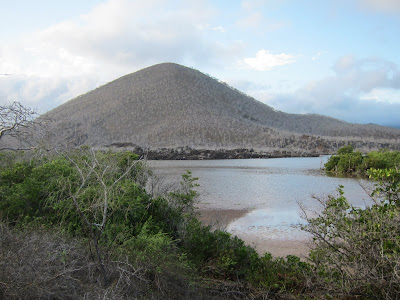 Here are the flamingoes at the far side of the lagoon: 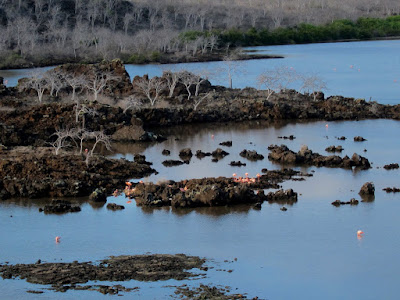 We later saw some much closer up in the same lagoon. We were told to walk slowly and quietly towards them so as not to spook them: 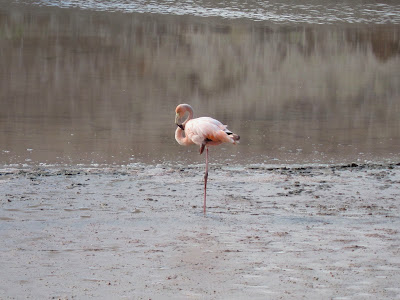 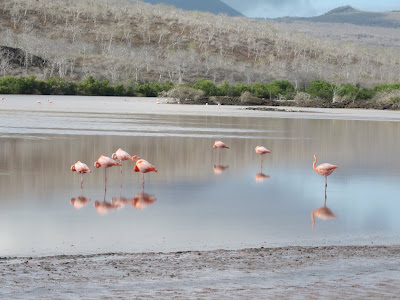 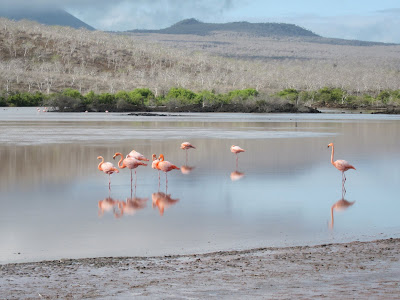 We saw several species of birds, including yellow warblers and Darwin finches: 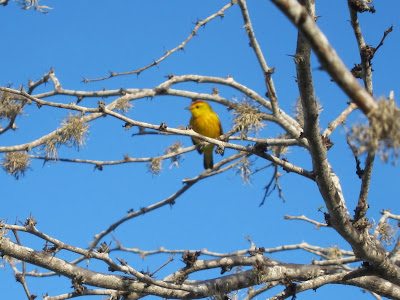 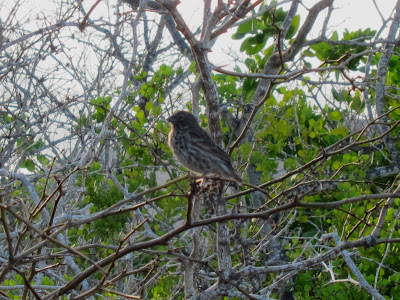 From there we headed to a beach where the sea turtles lay their eggs. The exhausted turtles were making their way back to the sea (even though a few got turned around in the surf): 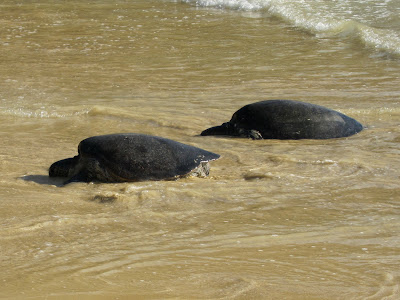 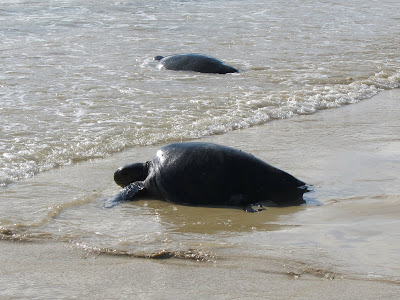 Not all the turtles were laying eggs; these two were mating: 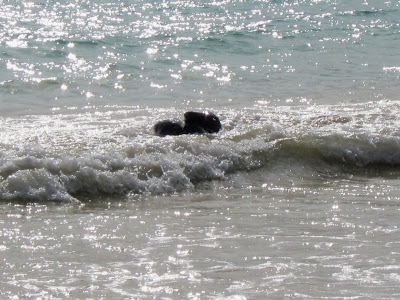 We also saw fantastic lava formations on the coast, as well as Sally Lightfood crabs: 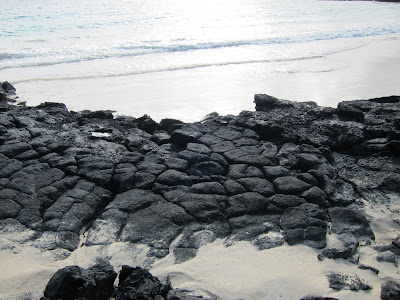 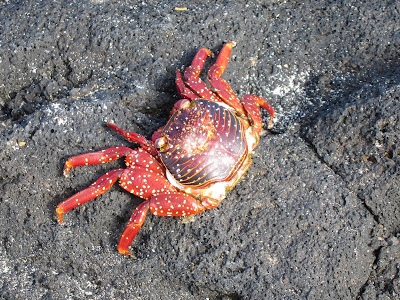 In the afternoon, we visited another part of the island. Here we took a zodiac through a mangrove lagoon. Here's a shot of the lagoon with a zodiac in it (you can see our ship in the distance): 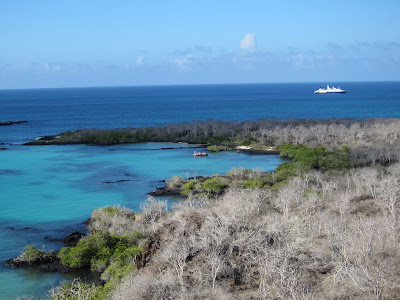 Here's how close we could get to the animals: 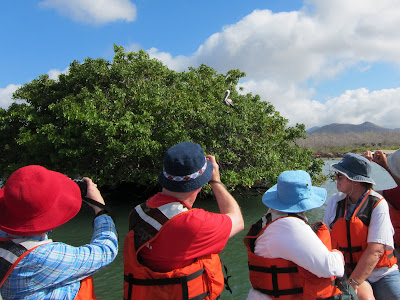 And here are the first Galapags penguins we saw: 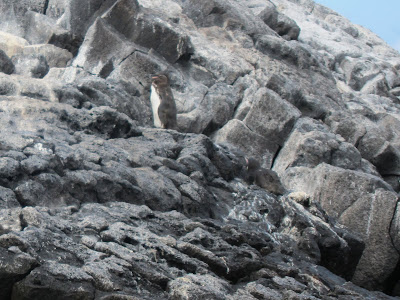 The bird on the top is a blue-footed boobie; the two penguins are further down: 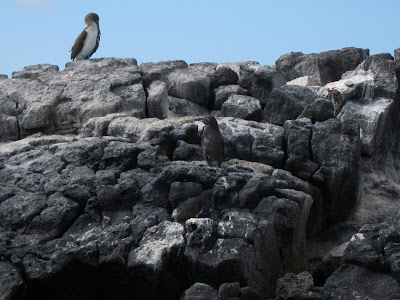 And here some photos of our intrepid travelers, taken from the Baroness Lookout: 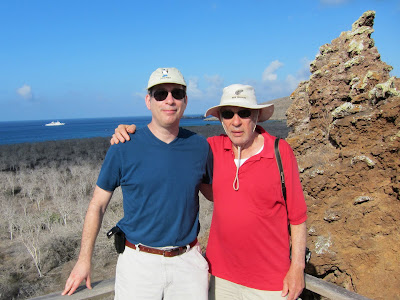 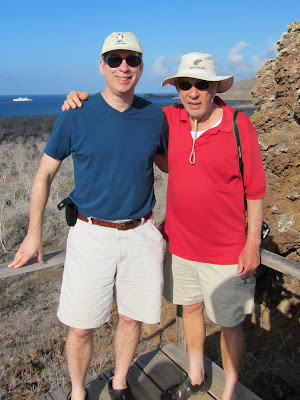