Bantay Srei is famous for its unique, Hindu-inspired carvings. 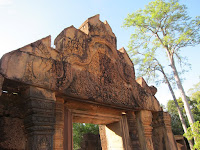 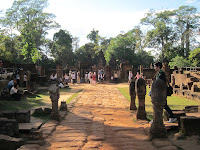 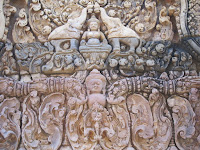 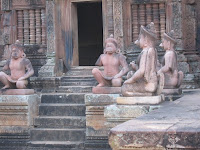 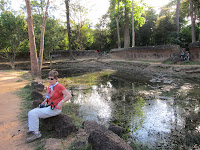 These musicians were raising funds for people crippled by land mines: 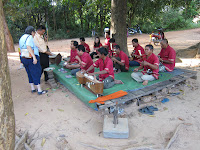 Afterwards, we went to a local school supported by AMA Waterways: 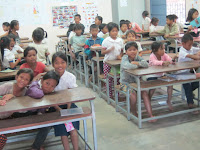 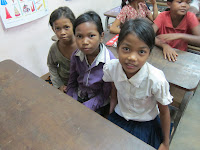 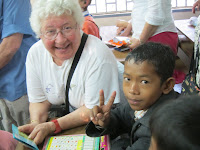 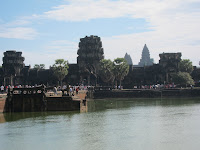 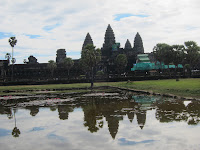 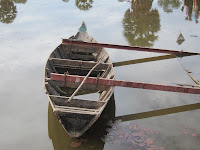 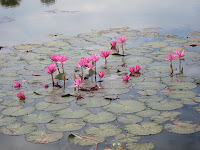 The Gallery of 1000 Buddhas 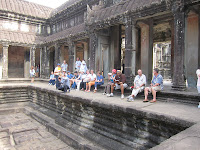 (Team Yellow - From right to left: Richard, Richard, Shannon, Amiko, [?], and Jill [in the orange pants]. "Mr. Krohbuy" is standing on the portico, hands on his hips and looking up. "Bud the Stud" is in the very front photographing). 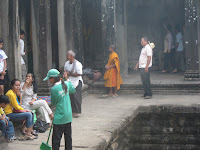 (There was a Buddhist Temple on this side). 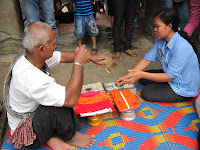 The Second Terrace (the Third Terrace was closed for cleaning): 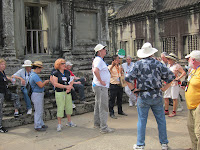 (Team Green [except "Mr. Krohbuy" had joined us by this point]. From left to right: "Mrs. Krohbuy, dad, Carol, Irene, Carol's husband [in red shirt], "Mr. Krohbuy" [hands again on hips, looking up], our guide, Kevin [from South Africa], Doug [with his back to me], Thom and Gloria [from Palm Desert]. I think the guy in the yellow shirt on the side was in team yellow too). 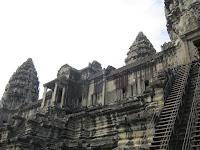 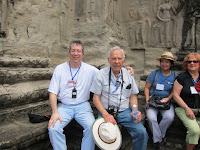 (Next to dad and me: Carol and Irene).

Climbing back down to the First Terrace: 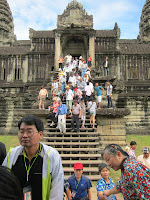