The trip out here started well, but became increasingly difficult as the day(s) went on.  I began by losing my Uber virginity and ordering a cab through the service.  Only a few hiccups, entirely on my end, over the confusion of how tipping worked.  Still, despite screwing up the time of our departure by three hours, we arrived early enough to visit the Priority Pass Lounge in Terminal 2.  There are two such lounges in Terminal 2, but the one that’s like a traditional lounge can only be used by Priority Pass members in the morning; the other, in Barney’s Beaner can be used all day, but it’s essentially a restaurant. Still, I could order up to $28 per person complimentary.  We all got desserts.

In order to make our extremely complicated travel plans work, we had to fly Virgin Atlantic via London Heathrow.  The only plus of the flight turned out being the chance to catch sight of the actor Martin Freeman (who boarded early and went to whatever the elie level first class is.  The seats in coach were a little on the narrow side, but what airline seat isn’t these days. I decided to catch up on movies that I had thought of seeing in the theater but the sounded weak after reading the reviews.  Unfortunately, it was clear that each of these movies deserved the bad-to-poor reviews it had received.  Eventually, I decided to go to sleep, and that’s when things got really uncomfortable.  Even on seats that poorly recline, I can manage 1-2 hours of sleep; not last night.  No matter how I turned there was something jamming into an arm or a foot or a hip.  And then there the couples who felt the need for conversation despite the dimmed lights.  I eventually found a forest noises tape on the sound system, which I listened to with my earplugs on.

My niece slept very poorly; she complained that my father kicked her seat (in fact, he was simply resting his head against it. The real shock was that my father also slept poorly since he can sleep almost anywhere and through anything.  He also complained about how narrow the seats were.

Needless to say, we weren’t happy campers by the time we reached London Heathrow.  Heathrow is one of the worst airports in the world, perhaps only second worst in comparison to JFK in New York. We landed early, but that was the last good news we got.  We couldn’t park at the gate, but rather they deplaned us on the tarmac onto buses.  It took over 30 minutes for us just to get off the plane.  The buses took us to Terminal 3.  Now we wandered the labyrinth looking for connecting flights to our British Air flight to Amsterdam.  We eventually ended up in a really long line, and I noticed that one of the guards was telling some people to change lanes.  I asked and she looked at my boarding pass.

“You’re in Terminal 5, so take the Terminal 5 lane.”  When I got back to my niece and father, however, they told me that they had looked on the board and that our flight was in Terminal 4, so we could take the shorter Terminal 2 and 4 lane.  To get to terminal 4 we had to take an inter-terminal bus, stopping first at Terminal 2 and then and Terminal 4. When we reached Terminal 4, however, we were told that our flight was departing Terminal 5. Now we had to race over there, which added another 20 minutes to our process.

Going through security again, we kept ended up in lines with problematic people and the guards kept changing our lane in the hope that we could make it through.   I refused on the third “helpful suggestion.”

The bottom line:  despite having a 2 hour and 45 minute layover, they were just about to start preboarding when we reached the gate.  By the time we reached Amsterdam, were all just wiped. 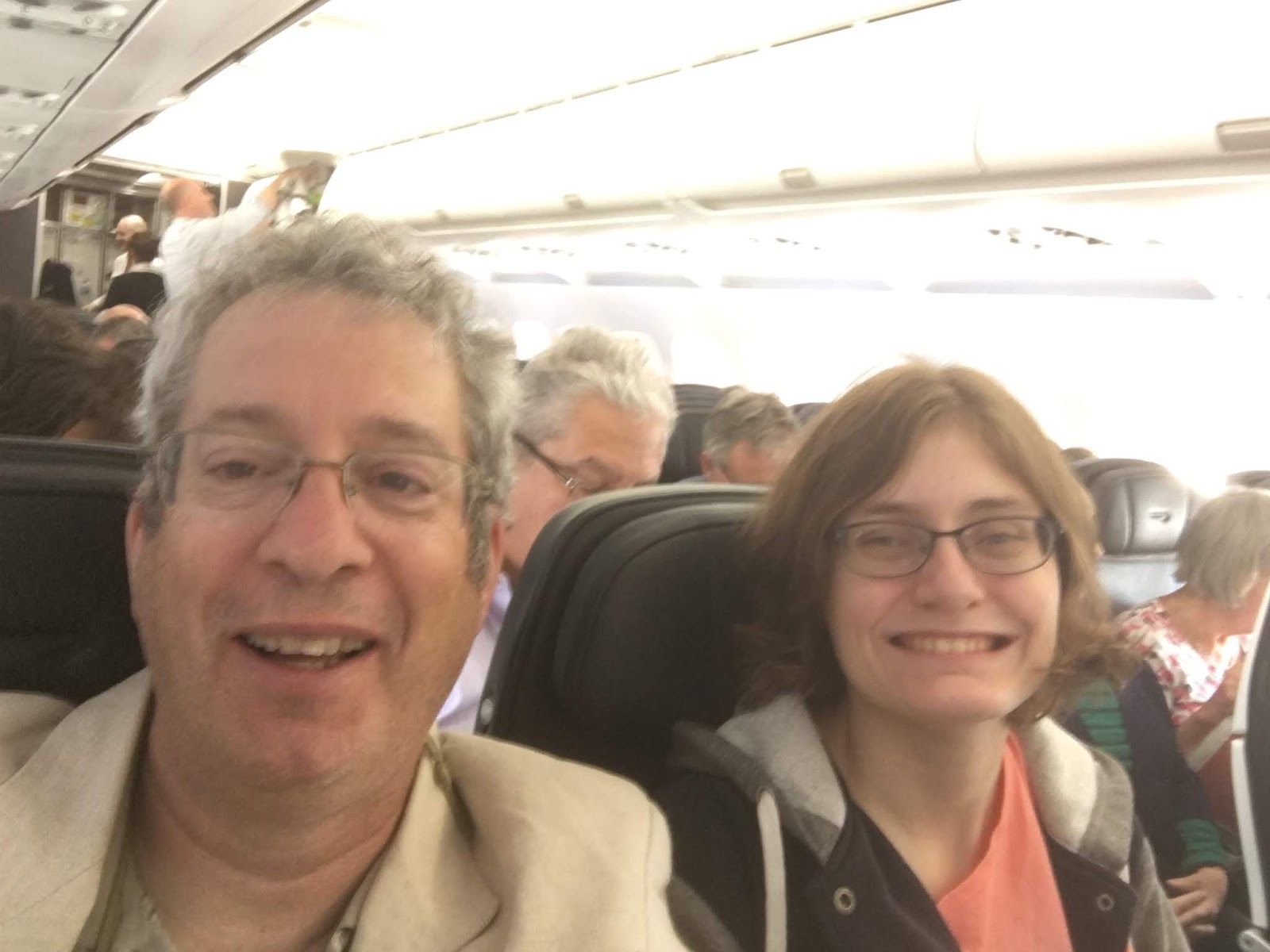 As am I know.  I’m having difficulty keeping my eyes open, so I’ll save a description of the hotel and the nice rooms for tomorrow.  I’m definitely wearing ear plugs tonight as I can hear the people at a bar four floors down and half a block away celebrating the World Cup.

All I’ll say is we had a very nice seafood dinner at a place a 15 minute stroll away.  Lots of asparagus, too. 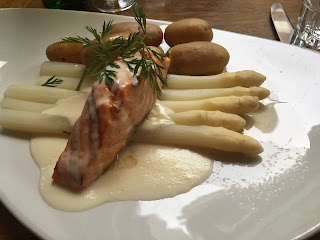