A day in Boston

The seminar in which I'm participating gives us about 48 hours off over the weekend (from Friday afternoon to Sunday afternoon), which gave me a chance to visit Boston.

I took the suburban train line into the city and then transferred to a subway to get to the Museum of Fine Arts.  I was particularly interested in seeing their special exhibition called Mega Cities Asia, which involves artists from China, South Korea, and India reflecting on the emergence of these enormous urban areas. 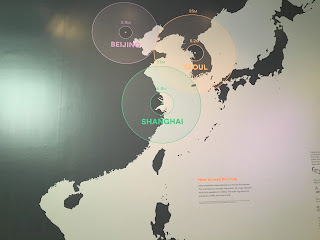 One of the first works in the exhibition was by the Indian artist Aaditi Joshi, who works in Mumbai.  Untitled, it is composed of discarded plastic bags, which have been modified with paint and candle heat. 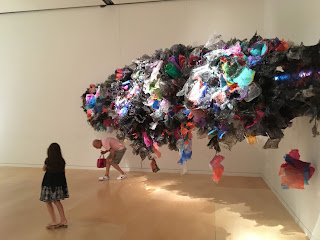 Visitors are encouraged to carefully walk beneath and look from the other side (which is primarily black).

Subodh Gupta is another Indian artist, though one who works in Delhi.  Titled "Take off your shoes and wash your hands," it is composed of objects commonly found in the kitchens of Delhi households.  "Accumulated and arranged, they evoke densely packed urban neighborhoods...." 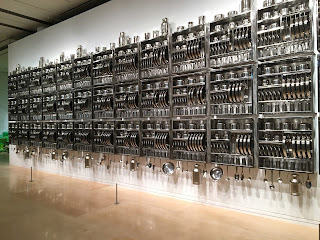 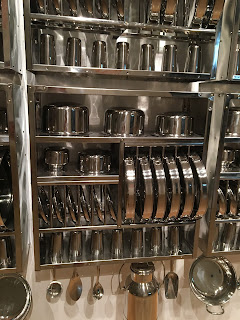 There was one other Indian artist who blew me away.  Hema Upadhyay is an artist from Mumbai whose work focuses on the "visual claustrophobia" of the city.  One of the largest slums of Mumbai houses a million people, most of whom live in dwellings measuring 8 feet by 12 feet.  Her piece uses a space of that size to depict the entire slum, reduced to the area of a single average dwelling. 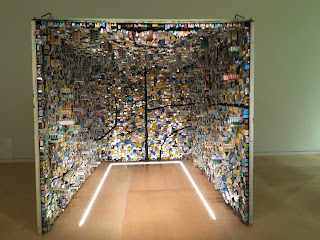 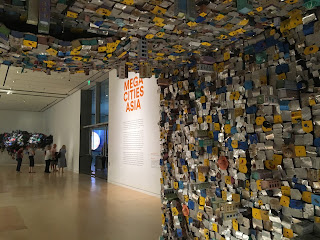 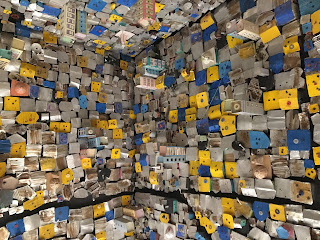 Not all the artists were from India; several also came from east Asia.  Han Seok Hyun's work reflects the experience of Seoul, South Korea, where green spaces are rare and highly prized.  Using items from both Seoul and Boston supermarkets, the artist created a landscape from commercial objects. 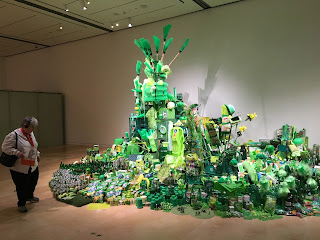 Another artist who I loved was Hu Xiangcheng, who works in Shanghai.  There, his art focuses on the widespread destruction of traditional buildings to make way for large, new apartment buildings.  Hu salvages doors from Qing or Ming Dynasty buildings to comment on the urbanization that is reshaping Asia. 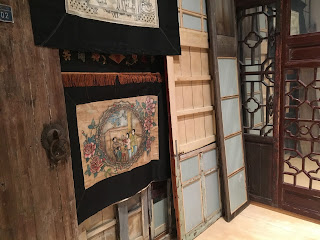 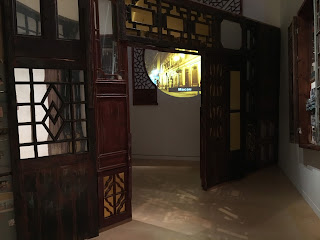 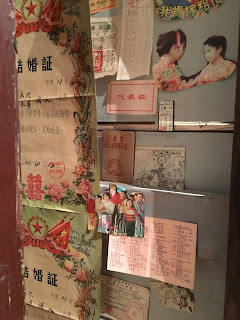 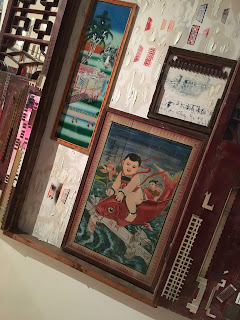 I did visit a few other places in the museum.  They have a large collection of Old Masters and Impressionists, but not a lot of post-Impressionist or 20th century art.  I did like these very much: 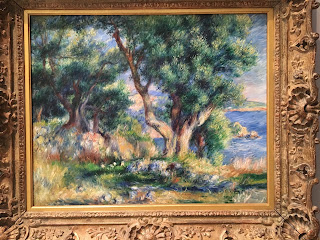 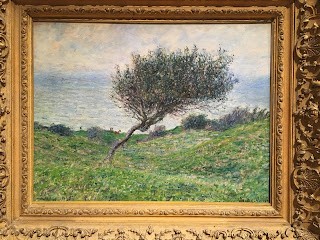 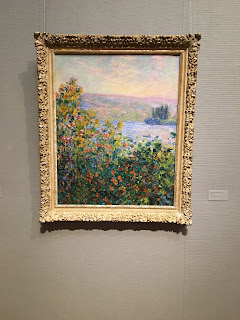 I finally found a few contemporary pieces and I really liked them, particularly this one of an artist dissolving a Spanish translation of Orwell's 1984.  As the paper enters the liquid, the letters float off the page, either destroyed or liberated. 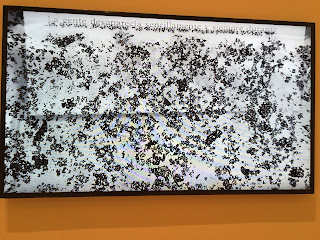 After that, I was getting hungry and decided to go for a walk.  I ended up getting a lobster roll sandwich, and it was really good. 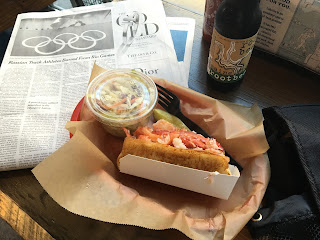 I decided to keep on walking, and so I made my way first through Boston Common 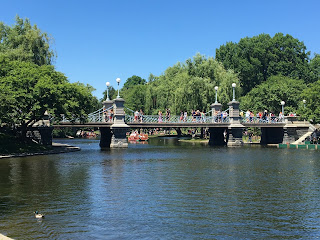 And then over the Charles River and headed into Cambridge. 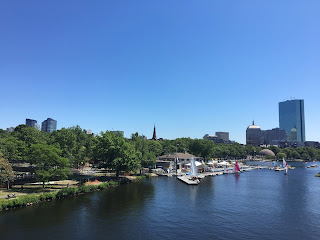 My goal was Harvard, though I took a break along the way in a cafe to recoup my energy (altogether, I think I walked 8 miles today).

Eventually, I did reach Harvard, where I stopped by the Widener Library and learned what visiting privileges I had as a professor.  There was a lot of activity on campus and students were arriving for summer school. 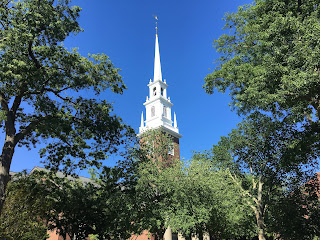 On my way home I stopped again to rest and have a coffee.  The suburban train back to Waltham took at most 15 minutes.